Gay Couple Says They Were Kicked Out Of Restaurant For Hugging 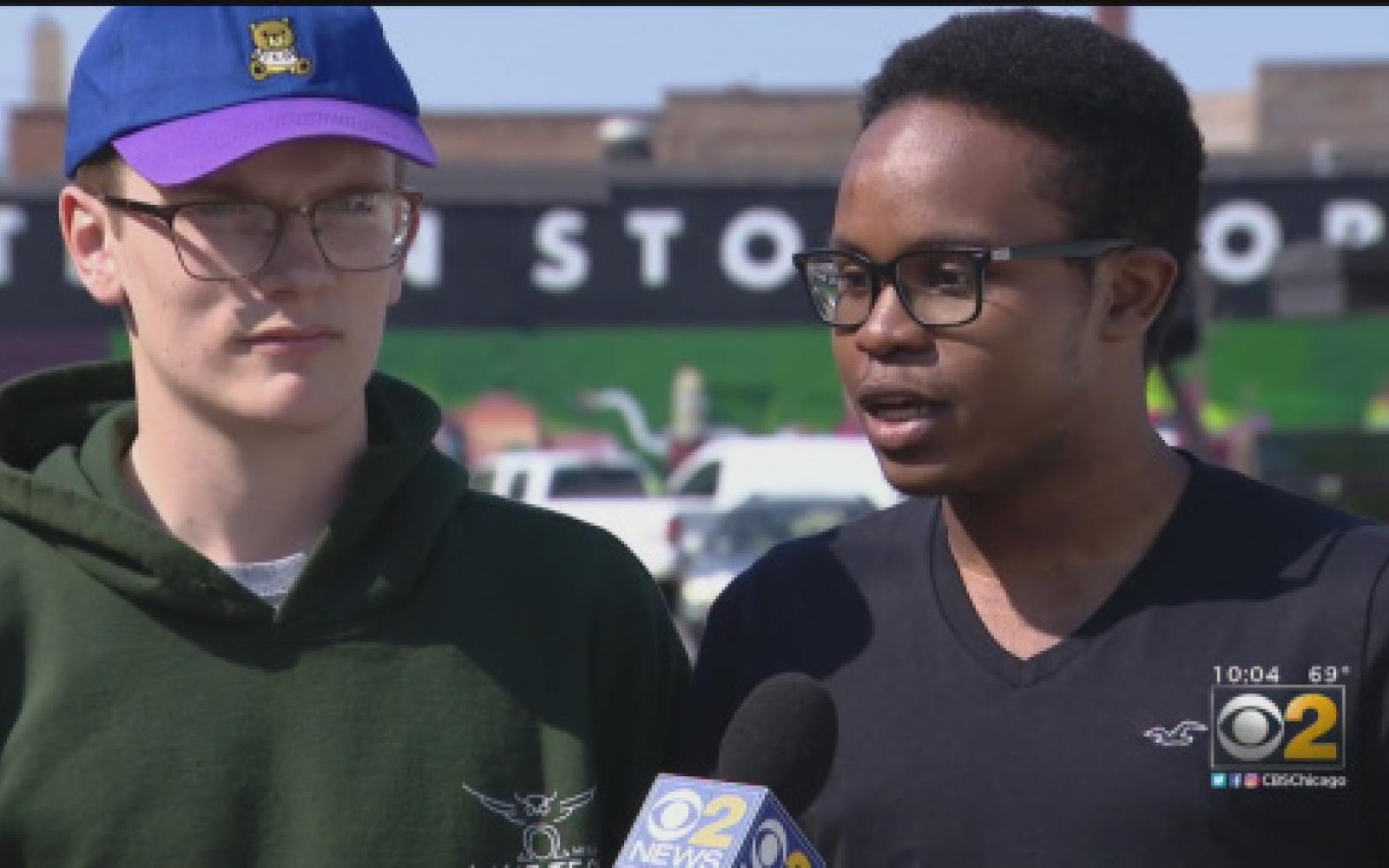 Kendall Anderson, a junior at Lane Tech, says he’s still rattled by what happened to him and his boyfriend, Peder Sevig, at the local restaurant. The teens say they went to Big Boy Gyros across the street from the North Side high school Monday with a group of friends.

Anderson said he gave Sevig a hug and then a Big Boy employee said, “We can’t have two guys hugging in here.”

“And then he said something to the effect of if it was a guy and a girl it would be okay, but we can’t allow two boys,” Anderson said.

The teens, stunned, said they moved to leave.

“We did decide to leave,” said one of the boys’ friends.

But they say the employee continued.

“Right before we left he said, ‘Get out. We don’t want your kind here, anyway,’ and that was that,” said Anderson.

The man who the students say was that employee told CBS 2’s Dana Kozlov he was just a customer when she tried to speak with him.

Another Big Boy employee told CBS 2’s crew to turn the camera off, which they did. No one inside the restaurant would talk further on the record.

But the incident prompted Lane Tech’s administration to get involved.

The school sent an email to students and parents stating, “We want to make it clear that Lane Tech does not stand for discrimination of any kind … This incident will be addressed in person by Lane Tech’s administration.”

“To understand that my school respects and values students like me and like my friends is very important,” said sophomore Jolie Mahr.

She posted about the incident, with some replying the teens were just loitering or putting their feet up on tables.

“I have seen a lot of those comments on social media and whatever, and I would just like to say that they are completely false,” Anderson said.