Gay Couple Says They Were Spat On, Branded In Violent Attack Outside Bar 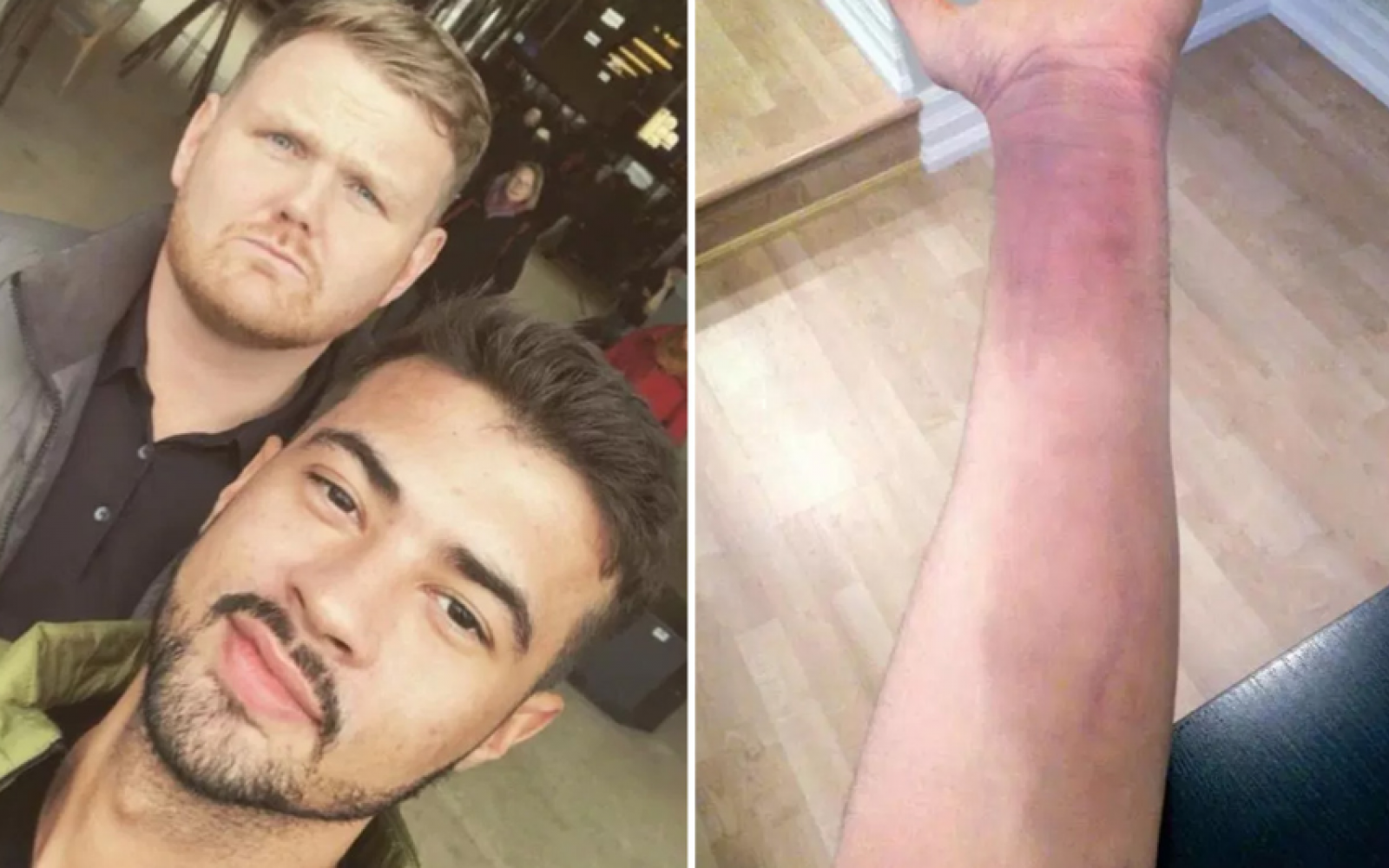 A GAY couple were spat at and branded "queers" in a violent homophobic attack at an Essex pub.

Marcus Taylor and his partner Nate Harlan were drinking with pals in the garden before a group hurled a pint over them and assaulted the pair.

A man in the Purple Dog, Colchester, called them "p**fs" and "snowflakes" before another man and a woman joined in with the abuse.

As violence then boiled over Marcus was clawed and kicked, while Nate suffered a suspected fractured wrist.

Marcus, 33, a project manager from Braintree, said: "They were going for about ten minutes when the woman spat - that's when it got violent.

"She clawed at my neck and ripped my top off and snapped off my watch.

"One of the men then grabbed hold of me and pushed me against the fence "I fell down and I was pushed between two picnic tables and forced down and kicked.

"The other male was hitting my partner."

Marcus and Nate tried to defend themselves during the shocking attack on Saturday. He added: "We are not the type you would assume are gay.

"Can you image if it was someone less able to defend themselves? "It shouldn't be happening in this day and age."

The couple went to hospital and Marcus posted details of what happened on Facebook.

He said someone at the hospital read the post and told them the alleged female attacker had arrived at A&E with injuries - Marcus called police but the suspect had left by the time officers arrived.

An Essex Police spokesman said: "We were called with reports two people had been assaulted and subjected to homophobic abuse on Saturday at 8.40pm.

"Our nearest officer, a PCSO who was patrolling nearby, attended the scene shortly after the assault being reported.

"The suspects had left the scene. Further PCSOs were deployed to help with enquiries.

"We received a call at 5pm on Monday with reports one of the people involved had been seen at Colchester Hospital.

"We attended the hospital a short time later, but the suspect had left."