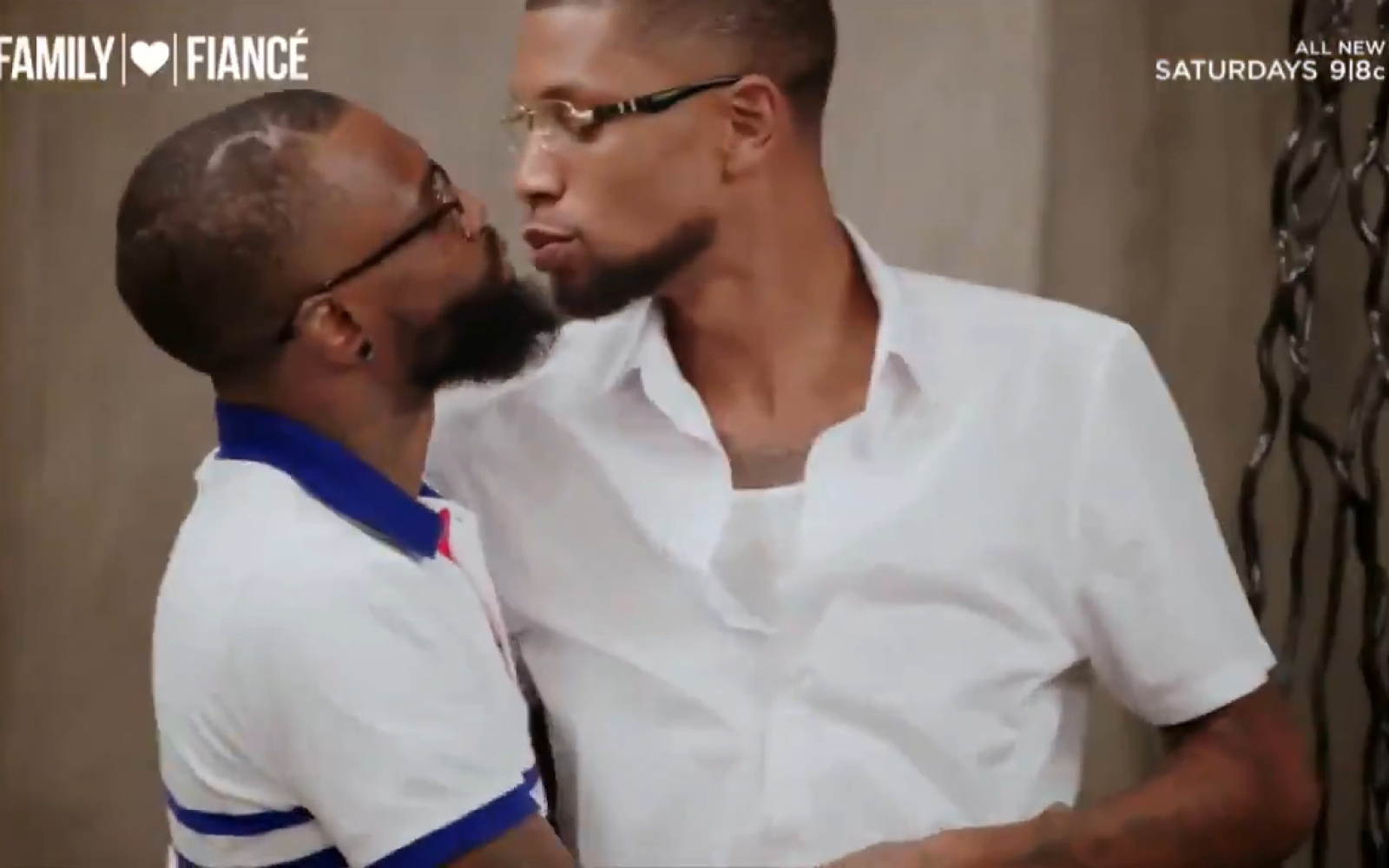 If you haven't been watching family or fiance, its our favorite reality show at the moment. The premise of the show is an engaged couple each bring 3 people who are either family or friends that aren't convinced the couple should get married.  They have 3 days to hash out all their differences and at the end of the 3 day period each person either gives the couple their blessing or they don't.  Its usually a whole bunch of drama (and primarily straight couples with the exception of one other episode)

From the preview of this week's episode it looks like we have a mom who thinks the man her son is going to marry is a bum, and she also isn't down with him marrying a man.  What could go wrong?