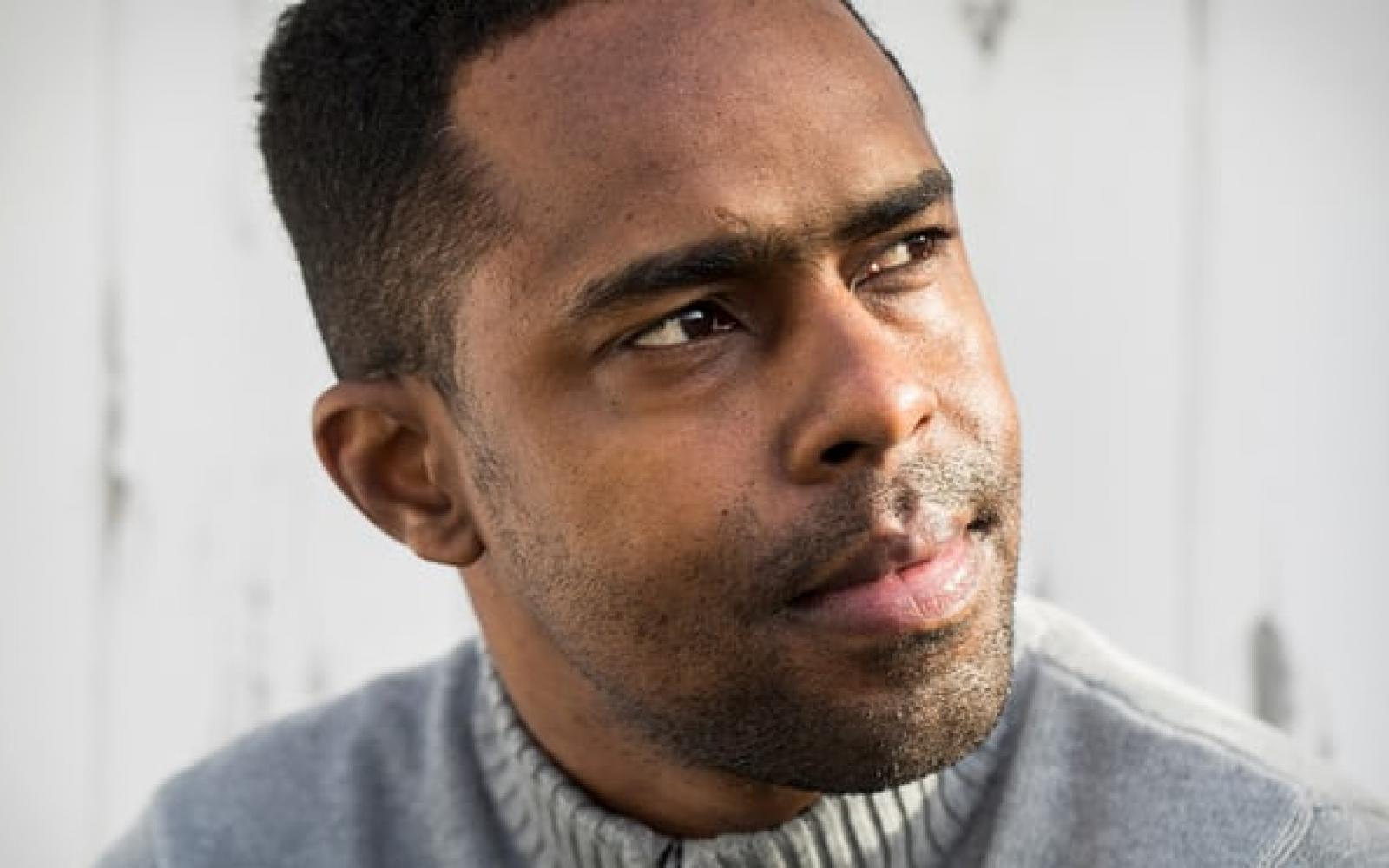 Lawyers in Trinidad and Tobago are challenging the conduct of the country’s top judge, following questions about his relationship with a man who was shot in an ambush and is now seeking asylum in the UK.

The Law Association of Trinidad and Tobago is investigating allegations involving the chief justice, Ivor Archie, after local media queried his conduct in relation to Dillian Johnson, 36, who survived a night-time shooting outside his home in December. Johnson fled Trinidad to the UK three weeks after the shooting and says he fears for his life if he is forced to return.

Questions have been asked about whether the married judge took Johnson with him to a four-day Commonwealth law conference in Guyana in 2016, and whether he used his office to lobby for state housing for people, including Johnson. It was also alleged that he proposed to his fellow judges that they swap their state-provided personal security officers for others provided by a company that employed Johnson as a consultant.

Archie has denied the allegations and has accused the law association of being biased against him. He strongly denies any suggestion he knew about a plot to shoot Johnson, saying such claims were “ridiculous and false”.

Archie, 57, is an honorary member of the middle temple bench, one of London’s four inns of court, and is considered a liberal thinker on gay rights. He has denied having an “intimate” relationship with Johnson, a manager for the state water and sewage company who was convicted of forging job references in 2008. Archie’s lawyers declined to say whether he described himself as gay or bisexual as they said it did “not affect the chief justice’s professional conduct and concern[s] his private life”.

Johnson was shot outside his home on 3 December and arrived in the UK on 29 December. He says he fears for his life if he returns to his home country and believes he was the victim of a targeted hit.

“I fear being murdered for my sexuality if I go back,” Johnson said. “My relationship with [the chief justice] has been highly publicised.”

Johnson has complained that police have failed to bring his attacker or attackers to justice. He is being assisted in the UK by the human rights campaigner Peter Tatchell, who said there was “public hostility and great stigma attached to homosexuality” in Trinidad and Tobago.

“Buggery” remains punishable by up to 25 years in prison and six gay men were murdered in the first five months of 2017, according to rights campaigners.

Last week, a legal challenge was launched to repeal the laws criminalising homosexuality in the Caribbean nation, which has a population of 1.4 million. The UK-based gay rights advocate, Jason Jones, who is leading the case, has said he has received death threats as a result.

In January, photographs emerged in the local press, apparently showing Archie and Johnson on a hotel bed at a legal conference in Guyana. Another photo showed Johnson wearing what appeared to be Archie’s conference lanyard. Archie has said he did not stay in the same room as Johnson or pay his bills, and that US forensic experts had concluded the photos had been digitally manipulated.

Archie’s lawyers said he was “alive to the clear mischief of Mr Johnson” and that two of the photos “contain images which are false representations of the subject matter of the photographs”.

Johnson has alleged to police that Archie may have known about the shooting before it happened. Archie’s lawyers said Whatsapp messages which Johnson claims show Archie plotting the attack with another man “were as false as the doctored photographs and should be forensically examined by a reputable source before any responsible person seeks to rely on them for publication”.

In December, Archie won backing from a group of supreme court judges who believe he has been the victim of “false narration” in respect of some of the allegations against him. They took out a newspaper advertisement to declare it was they, not Archie, who suggested alternative security arrangements should be explored.

“At no time did the honourable chief justice seek then or since to ‘convince’ fellow judges to change existing security arrangements,” they said in a statement signed “group of judges”.

However, last week the Trinidad and Tobago Law Association said it had appointed two QCs to take their investigation into Archie forward. They said they had a list of allegations “sufficiently substantiated as to require a response”.

Archie responded by saying he would issue a high court claim to halt the investigation. He alleges the law association is “tainted by bias” against him and is exceeding its powers.

Before Johnson was shot in Gasparillo, 90 minutes’ drive from the capital, Port of Spain, there was growing media speculation about the nature of the relationship between Archie and Johnson. Johnson believes he had been under surveillance in the preceding days.

After the shooting, Johnson made a detailed 13-page crime report to the anti-corruption investigative bureau of the Trinidad and Tobago police, including details about how he claims to have obtained the Whatsapp messages which Archie’s lawyers said were fake.

He described how, four days before the shooting, he was followed in his car by an unidentified man to a restaurant car park, where the man photographed his vehicle. The following day a friend introduced him to a man whom he recognised as having followed him 24 hours earlier. Johnson said the man warned him that the political opposition wanted to kill him.

Johnson told the police that on the day of the shooting he was outside his home when he was approached by a man asking if there was a mechanical garage nearby.

“I saw him move his left hand and pulled up his jersey and with his right hand he pushed it down the waist of his pants. I heard him say ‘Doh make a scene’. I felt fear and immediately turned and started to run. I heard loud noises and knew it was gun fire.

“I didn’t know I was hit until I came out of the bushes,” he told the Guardian. “The adrenaline was pumping.”

He had been shot once in the hand and went to hospital for treatment.

“The police came to me and took reports,” he said. “They did nothing to find the perpetrators.”

Asked to comment, the chief of the the anti-corruption investigative bureau, William Nurse, said: “I have no interest in speaking with the press, foreign or local.” 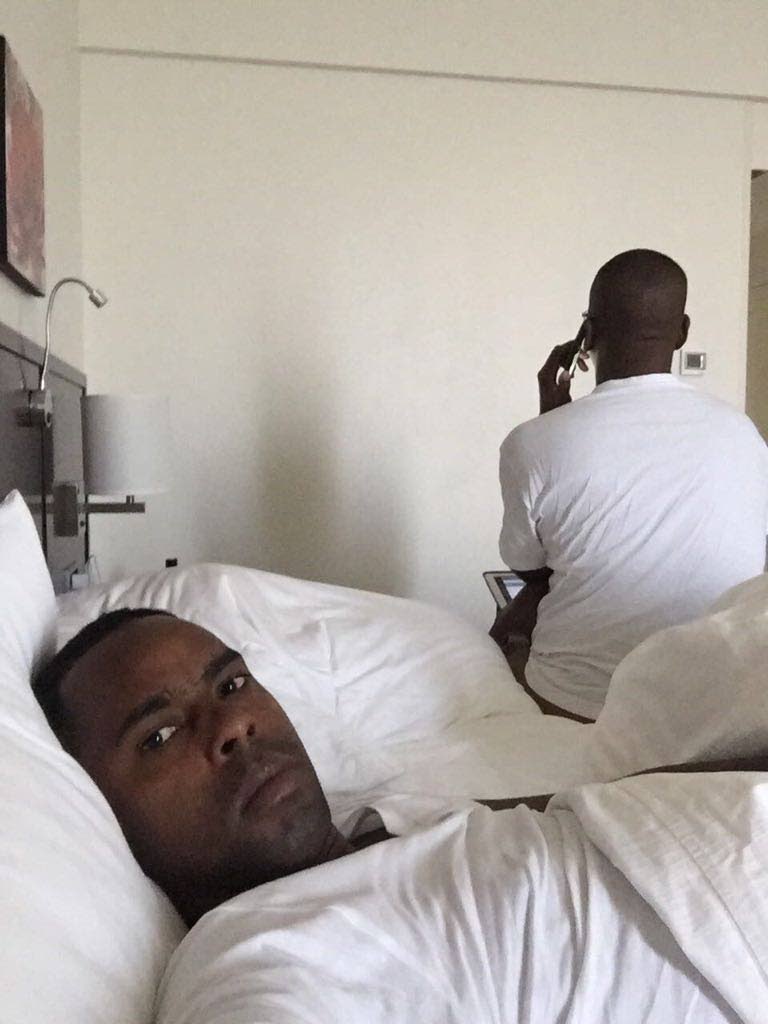 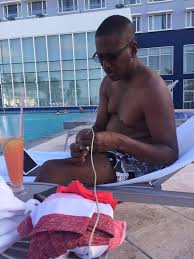