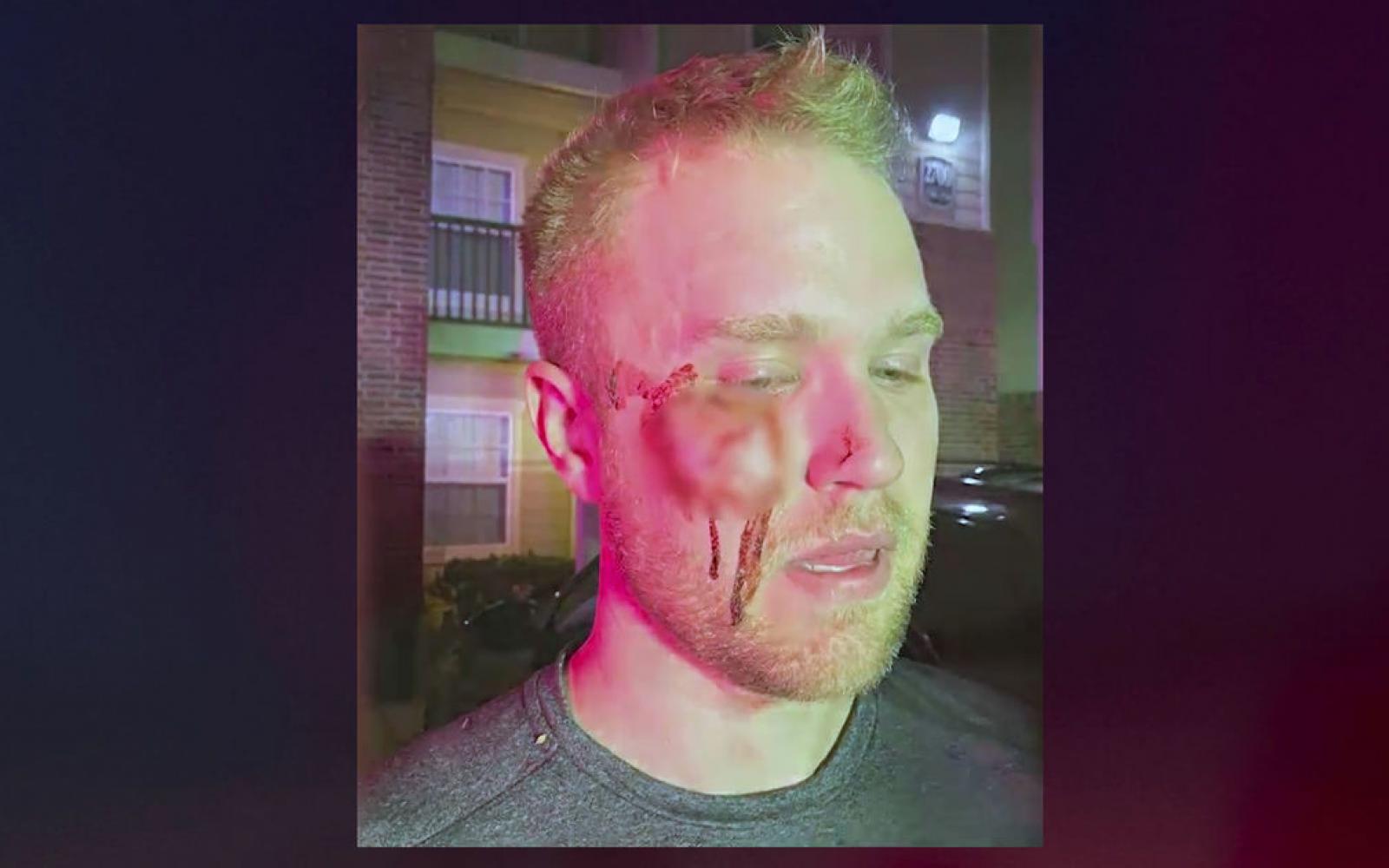 Christian Council, a realtor based out of Oklahoma City, OK, says he was beaten unconscious Saturday morning by two people yelling homophobic slurs.

Christian and a friend were driving home when he says a car parked in the middle of the road was blocking his space.

After honking his horn they finally moved and he was able to get to his spot.

“My friend and I got out of my car. They were waiting behind my car, and when they saw us and saw what we looked like,” Christian told News 4.  “They said ‘oh are you two a couple of-‘ and they used a gay slur.”

First, a woman approached Christian, then a man, and police say it didn’t take long for things to get physical.

The two suspects Amery Dickerson, 23, and Bennett Stone, 24, were taken into custody following the incident.  They were arrested for misdemeanor assault and battery, but were released without being booked into the county jail.

“Assaulted him, beat him up, left him laying on the ground,” Msgt. Gary Knight with the Oklahoma Police Department said. “When officers arrived he was still on the ground, all of the involved parties were still there.”

Christian was left bloody and bruised, with a gash below his right eye, and swelling on his head and body.

The swelling has gone down, but he says it’s still hard to breathe.

“I’m in a lot of pain,” Christian said. “I’ll never forget the feeling of my neck snapping back and forth every time he would hit either side of my head.”

It’s not mentioned in the police report, but Christian says the couple was yelling slurs during the entire attack.

He believes that was their main motivation.

“It was clear that when they could tell my friend and I were gay, or that we appeared to be gay,” Christian said. “They knew they could do what they did to me.”

Christian says he didn’t recognize the suspects, but he was told they were dropping off a friend at the building across the parking lot from him.