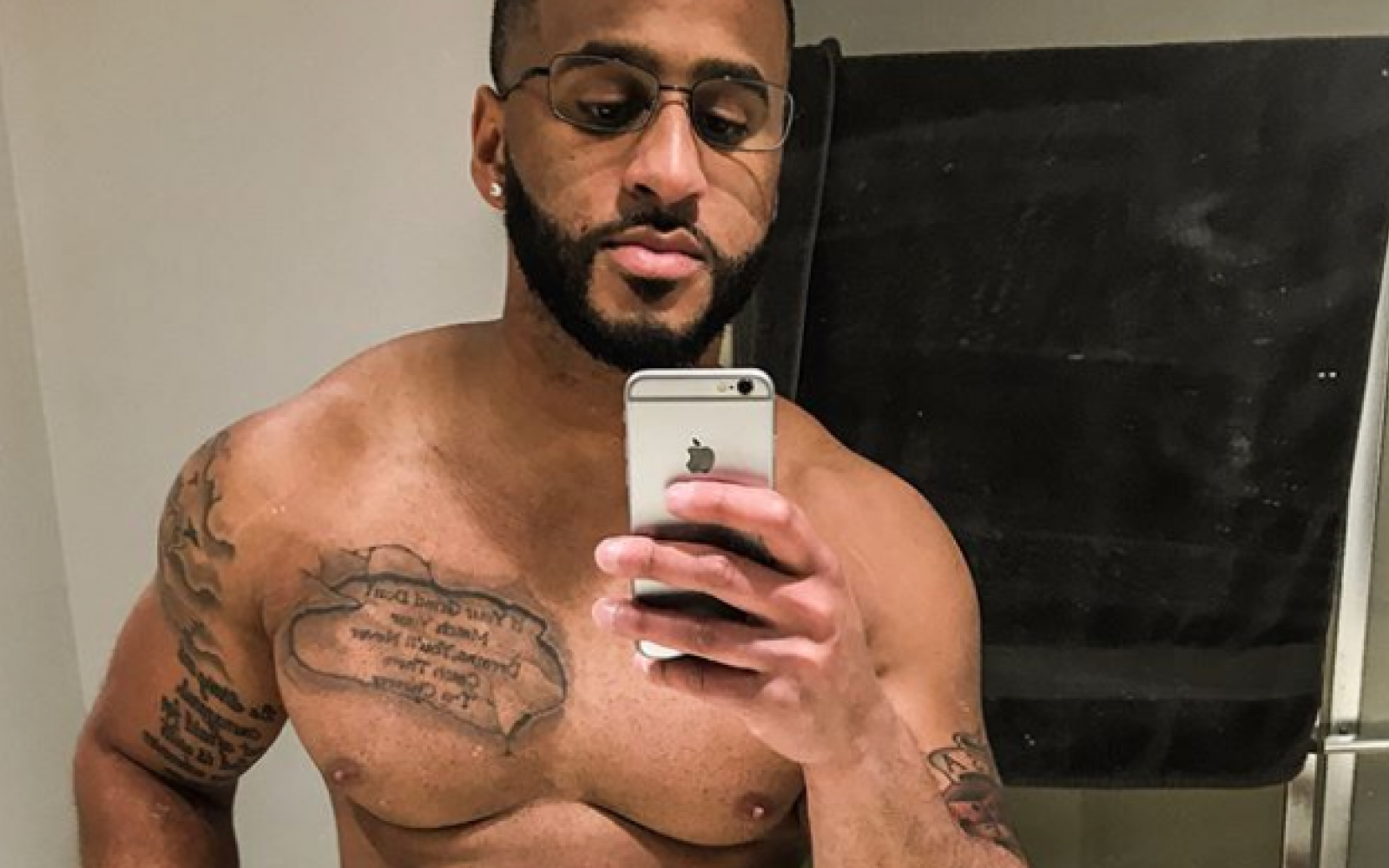 While hitting the gym makes you healtier, its not a sure thing to a better dating life says this personal trainer.

Dave Tyson gained attention last month after an Instagram posting in which he declared to the world that he is a submissive bottom.

Raised in a homophobic environment, he says he wanted to talk about his sex life to challenge notions about masculinity in the African American community.

Besides being shamed for being a sub bottom, Tyson says he’s also picked up on comments from other gay guys because he’s muscle-bound.

He says some gay guys carry prejudice towards those who want to take care of themselves in the gym. There’s a myth that all they have to offer is muscles. Some also believe that muscle queens are not interested in anybody other than other muscle queens.

In an Instagram posting, Tyson bluntly asks: Have you ever thought that’s not the case?’

Him: well I don't have a body like yours so let me guess you don't want to talk to me.

Me: lol I don't have a body like a lot of guys I think are hot I don't count myself out though.

Him: well I'm more concerned about personality than I am abs

Me: well me too but I think that's a very insecure statement.

Me: well initially you thought for me by comparing our body types and made the assumption I'm no longer interested. Or I wouldn't be. Then you went on to further emphasize your prior statment by saying ” I'm more concerned with personality than abs” typically guys say that from insecurity or they believe men like me only date guys who hit the gym for their looks which isn't the truth at all. -
_
See guys like me date guys who hit the gym because it’s a nonverbal Q of how they feel about themselves. It says “ I care about my health and doing what I can to prolong my life for and with my loved ones as much as possible . Oh the body is lovely but guys like me recognize that’s only a by-product of him wanting to take care of himself. -
_
This story was made up but it came from countless conversations I’ve had. See gay people talk of unity but yet, difference is so intolerable in this community. Men try to bully me for liking and choosing to date men who like to take care of themselves well, good luck. I don’t like bullies anyway. -
_
1. Looks will fade D Ty . !! Correct they will. But baby science has shown and proven that a person who takes care of themselves will slow down the biological clock and can look 10-20 years younger than what they actually are. Y’all saw some of these hot ass daddies on scruff? Lol

2. Well, what if he loses a leg David you still going to love him then..?CORRECT. life happened to my man. He didn’t stop caring about himself which caused his leg to be removed it was an accident outside his control.
3. Y’all just do it for attention. No hater we do it for our health. And if you can’t even take care of yourself, da fuck you want me to believe you're going to take care of me for .
-
_
Don't let anybody bully Y'all with their insecurities!! You teach them better with your confidence.

We hope things work out for him.

Lady told me that I’m hot if she touch she might get burned . She has a daughter with me she said she can make it work!!! My response : lady; I tried to be straight once , but ; fortunately it didn’t work!