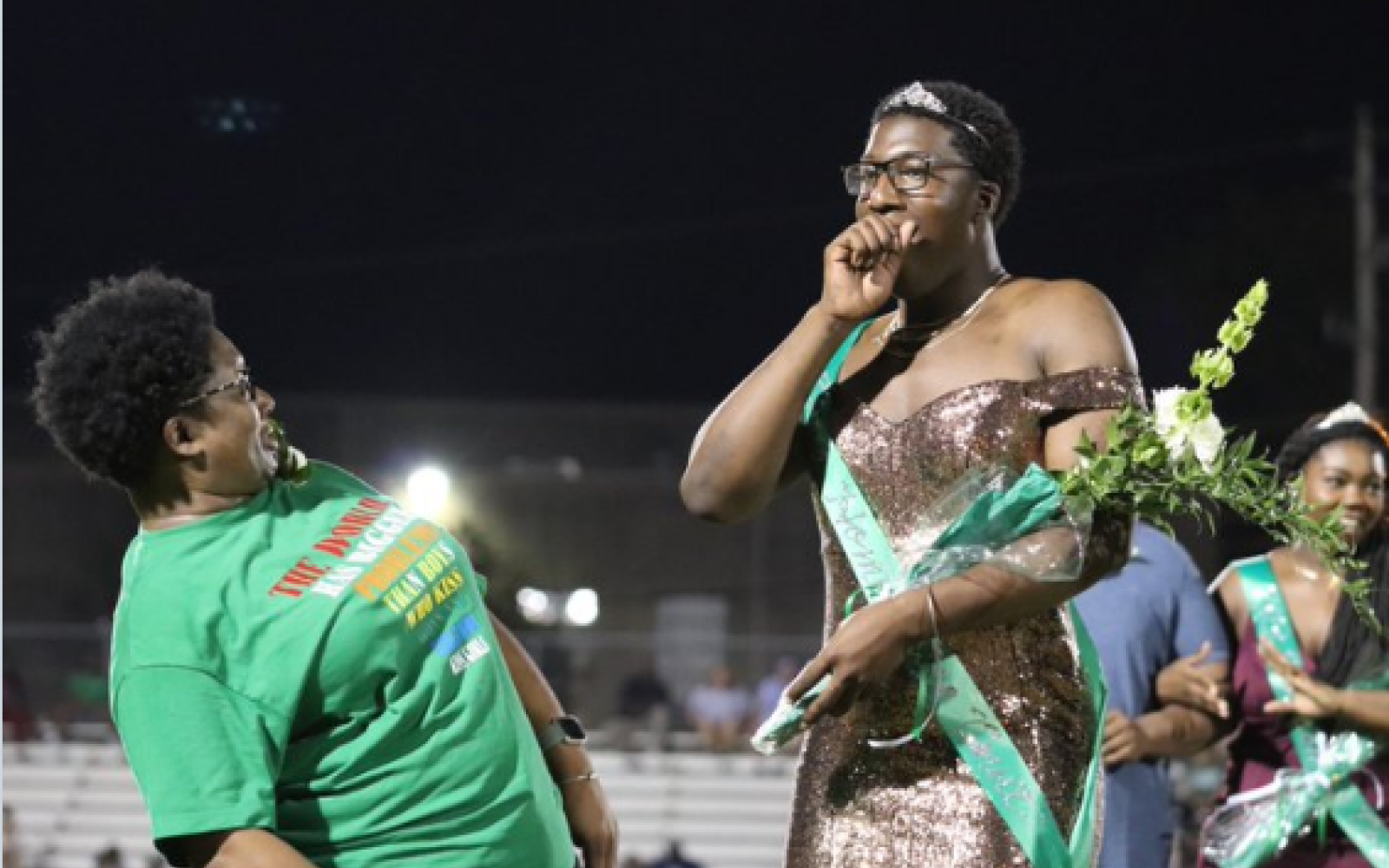 The students at White Station High School in Memphis, Tennessee, decided it was time for change.

Typically students vote for who they want for homecoming king and queen, coveted titles in the social hierarchy of high schools all across the country.

WSHS senior Brandon Allen was crowned Friday homecoming royalty, donning a gold dress. His high school posted a picture of him in the dress on social media holding a bouquet of flowers with a crown. The photo had hundreds of comments and shares on the school's Facebook page by Saturday night. The school also tweeted the picture, and it had drawn thousands of likes.

"It's the students' choice of who they want to support as homecoming royalty," said school principal Carrye Holland. "I'm exceedingly proud to be the principal of our amazing school. WSHS loves and supports everyone regardless of who they are or what they believe."

While some praised Brandon for his attire, others were critical in their comments on Twitter and Facebook.

Holland said it was Brandon's right to run for homecoming court under Title IX, which protects people from discrimination based on sex in education programs and activities that receive federal funding.

"The District is committed to ensuring a positive and respectful school environment where everyone is treated with dignity," said Joris M. Ray, superintendent of Shelby County Schools in Memphis. "Homecoming queen and king is a tradition based 100 percent on student votes. As Superintendent, I support student voice and expression."