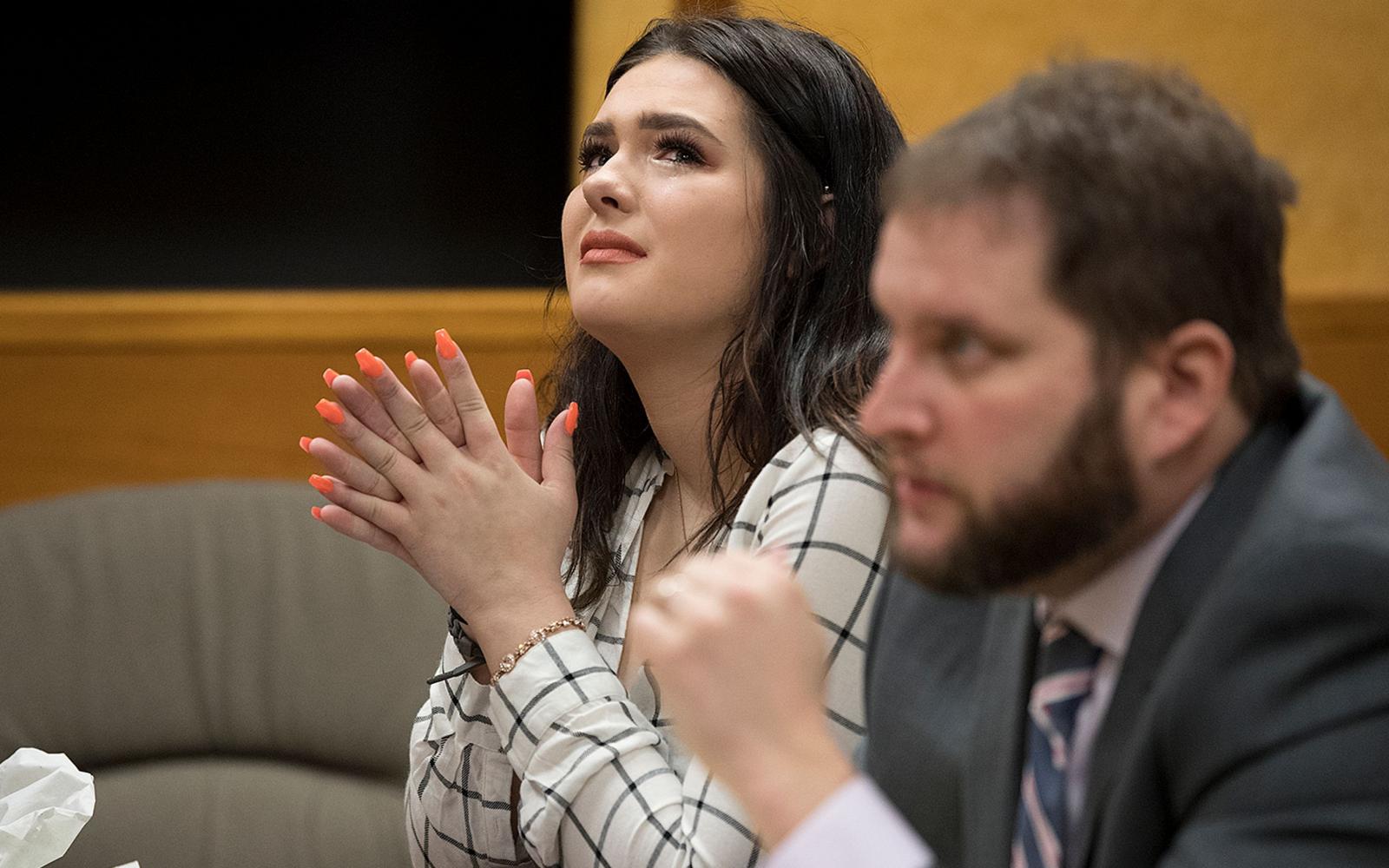 A teenager who pleaded guilty to pushing her younger friend off a 60-foot bridge in Washington was sentenced to two days in jail.

Taylor Smith, 19, was also ordered to spend 38 days on a work crew after pleading guilty earlier this month to reckless endangerment for shoving Jordan Holgerson, 17, off a bridge in Moulton Falls Regional Park on Aug. 7.

Smith must also pay a fine of $300 and have no contact with Holgerson for two years.

"I think you need to do some jail time," Zimmerman said.

Before sentencing Smith, the judge heard from Holgerson, her mother and the defendant. Holgerson was so emotional that she had an advocate read her statement.

“This nightmare started for me when I was falling through the air, and I was really terrified," the statement said. "When I was being pulled from the water, I thought, ‘I’m going to die,’ because I couldn’t breathe. And I was watching my body change color by the second.”

Her mother, Genelle Holgerson, told the judge she believed Smith acted intentionally and should serve as many days in jail as her daughter spent in the hospital after the incident, a total of three days.

“After Taylor pushed her, she did not rush down to see if Jordan was OK, she left the scene,” Genelle Holgerson said. “She did not show up at the hospital to check on Jordan. She did not stop by our home to see if she was OK or in any other way act like a friend.”

Smith originally pleaded not guilty in September but changed her plea last month after being offered a deal by prosecutors, who had recommended she receive no jail time. Instead, they suggested she serve 60 days of home confinement, 30 days of work crew and 30 days of community service.

Smith apologized to Holgerson and said she has grown as a person and learned to think before she acts.

"I’d like to sincerely apologize to Jordan Holgerson, her family and friends for the pain and humiliation I have caused by my mindless actions that occurred last summer," Smith said. "Although it may have seemed like my intent was to harm" and like "I may have moved on without putting any punishment on myself, this is false. Jordan has passed through my thoughts repetitively since the incident."