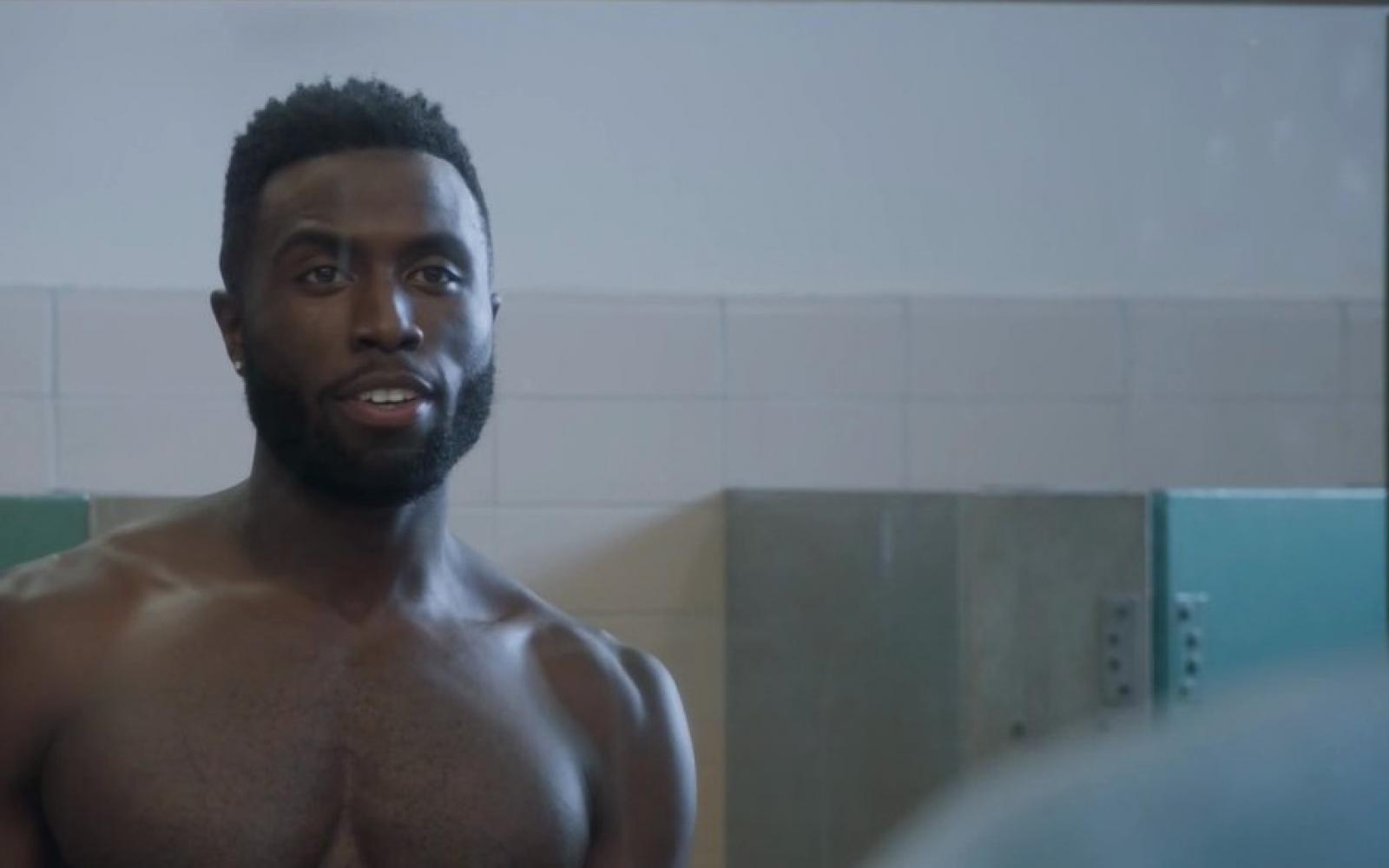 The women of “Westworld” spent much of Season 1 with their clothes off. Now it’s the men’s turn, with the Season 2 premiere featuring full-frontal male nudity in a scene starring Simon Quarterman, above, opposite a fully clothed Thandie Newton.

In the Season 2 premiere of “Westworld,” an HBO series about a theme park populated by very humanlike — and very often nude — androids, one of them, Maeve, commands Lee, her former master, to strip. Lee takes off his shirt and pants, leaving on his boxers.

The nudity highlights the plot’s reversals, as well as a broader shift off-screen. In the first season of “Westworld,” the android “hosts” are caught in a constant loop of being raped, killed and reprogrammed for the pleasure of the rich, mostly male customers at the frontier-themed park.

As head of the park’s “narrative department,” Lee (played by Simon Quarterman) had been in charge of that story. But then the rebelling robots, led by two strong women, flip the script.

Let’s extend the metaphor: Men alone used to be in charge of the stories on prestige television. No longer.

“I’m just the beginning of the vanguard, but I want to normalize male nudity on television,” “Leftovers” creator Damon Lindelof told TV Line. Apparently, he’s so passionate that he has a vanity license plate: “FFRONTL.”

Your gut is right: Women are much more likely to bare their bodies on-screen. A recent study shows that across the 100 top movies of 2016, 26 percent of women were shown nude or partly naked — compared with 9.2 percent of men. Women were also four times more likely to be shown in sexy clothes, according to the USC Annenberg study, titled “Inequality in 900 Popular Films.”

Written and directed by women, “Harlots” on Hulu shows as many male bums as it does nipples in its bawdy, rambunctious depiction of prostitution in 18th-century London. That’s intentional, executive producer Alison Owen said by phone.

“We have male nudity in ‘Harlots,’ because we made a commitment with that show to always represent everything through the female gaze,” she said. So when filming the women playing sex workers, “we show them as women see them, not in a way that sexually titillates men.” The men’s bodies aren’t titillating, either, Owen noted: “These women are not really turned on by the guys who they are servicing.”

Hulu didn’t balk at any of the show’s nudity, Owen said. (But they did request it sub out a few choice curse words for Old English equivalents.)

Nude scenes have been a big topic in meetings around Time’s Up, the movement founded by women in Hollywood in response to #MeToo, said Owen, a veteran film producer based in London. Given that female actors have been expected to bare their bodies, women in the industry are discussing whether they ought to have so-called “intimacy directors” who could oversee that process.

Had men faced that same expectation, those kinds of systems might have popped up earlier, of course. “As soon as men are affected by something,” Owen said, “you suddenly see a lot more attention paid to the legislation around it.”

The camera’s recent glances at men’s bodies feel like the kind of meaningful nudity that female TV watchers have been requesting for all bodies. They feature long-standing characters, rather than random extras. They reveal the characters’ values and vulnerabilities, their pleasures and their power (or, in the case of Lee, his lack of power).

Like no other show on television, “High Maintenance” treats men’s bodies as sexy, silly and ultimately commonplace.

In one pre-HBO web episode, the anthology series’ main character, a bike-riding pot dealer known only as the Guy, sets up two of his customers: Victor, an ex-cop-turned-doorman, and Ellen, a bird-watching cancer survivor. On the pair’s second date, Victor takes a bathroom break, accidentally rubbing his hot-pepper-soaked hands on some pretty sensitive body parts. He ends up lying on his couch, his eyes covered with a milk-soaked towel, as Ellen does what needs to be done: She gently dips his testicles in a bowl of milk. The camera gets close.

I won’t spoil the punchline, but the moment becomes funny, sweet and immensely intimate.

Because the Guy’s job allows us to peek into strangers’ apartments and lives, it’s only fair that the show finally looks, unblinking, at its main character, as well.

But finally putting Jon Snow’s shapely butt on-screen doesn’t absolve that show for its gender imbalances, including its lazy reliance on sexual violence as plot device.

Which brings us back to “Westworld.” That show began with a brutal rape: In the series premiere, the Man in Black drags Dolores, played by Evan Rachel Wood, by her hair into a barn. The rape is wrenching and, importantly, occurs off camera. It’s also the point: The show examines how men treat the Wild West theme park’s hosts as objects in their video game. But the Man in Black, played by Ed Harris, never feels like the viewer’s avatar. Instead, the camera identifies with Dolores.

“I know without a doubt that we are not using rape as wallpaper, like some shows do, OK?” Thandie Newton told the L.A. Times in a recent interview. “I’m not being specific about which [shows] because it would not be good for my career, but do we have a responsibility?” she continued. “Well, it turns out we don’t because nobody really applies that sense of responsibility.” But the creators of “Westworld” do, she said.

Created by the wife-and-husband team of Lisa Joy and Jonathan Nolan, “Westworld” has toed a tricky line. Its first season was “explicitly, and often wittily, an exploitation series about exploitation, full of naked bodies that are meant to make us think about nudity and violence that comments on violence,” the New Yorker’s TV critic Emily Nussbaum wrote in 2016.

But to make that work, the series had to prove itself as more than a “blinkered macho fantasy,” as Nussbaum put it.

The show’s second season has proved its point. And nudity has played a key part. Lee has stripped naked. Teddy has bared his butt. But the female androids, now in charge, have kept their shirts on.