"He Tried To Beat My D*ck While I Was Sleep!" Straight Guy Fights Gay Friend After Finding Video On His Phone 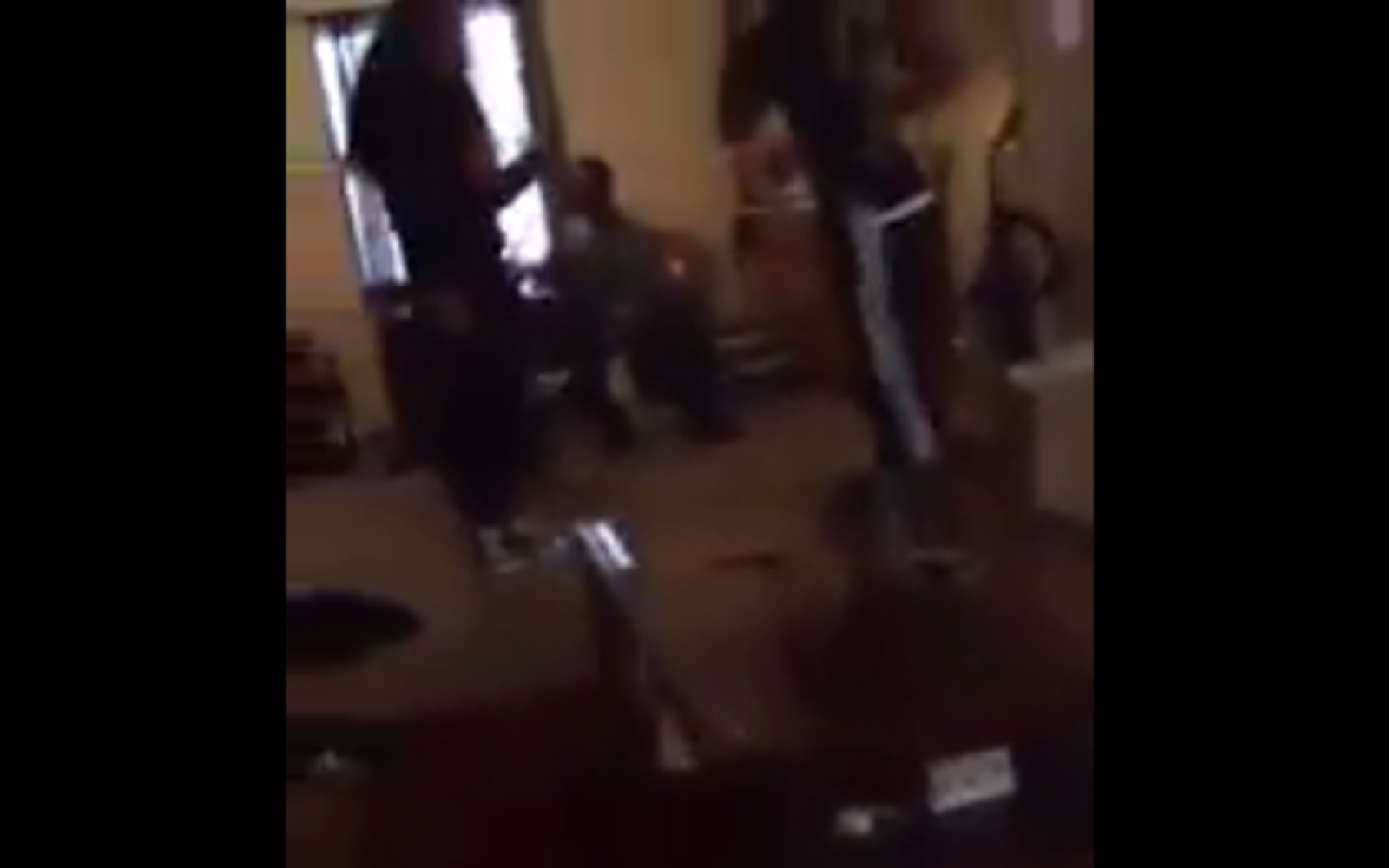 There's a lot going on here. The camera man started rolling just as the str8 friend was coming down the stairs so was this a setup? He also said he woke up with nut on his shoulder and his shorts?  He must be one hell of a sound sleeper.  Must have one of those sleep number beds to sleep through not one but two nutts.

Also how did he find the video on his phone?

How did he know it was there?

Why was he going through the phone in the first place?

Did someone see this go down and told him to look through the phone?

Did he see the video on social media or some fan site?

This sounds more like a lover's quarrel than anything.  He seems angry but not mad enough not to fight fair.  The gay friend seems very very unbothered. This is some strange shuff nonetheless.