Homicide Detective Resigns After Having Sexual Relationship With Murder Suspect 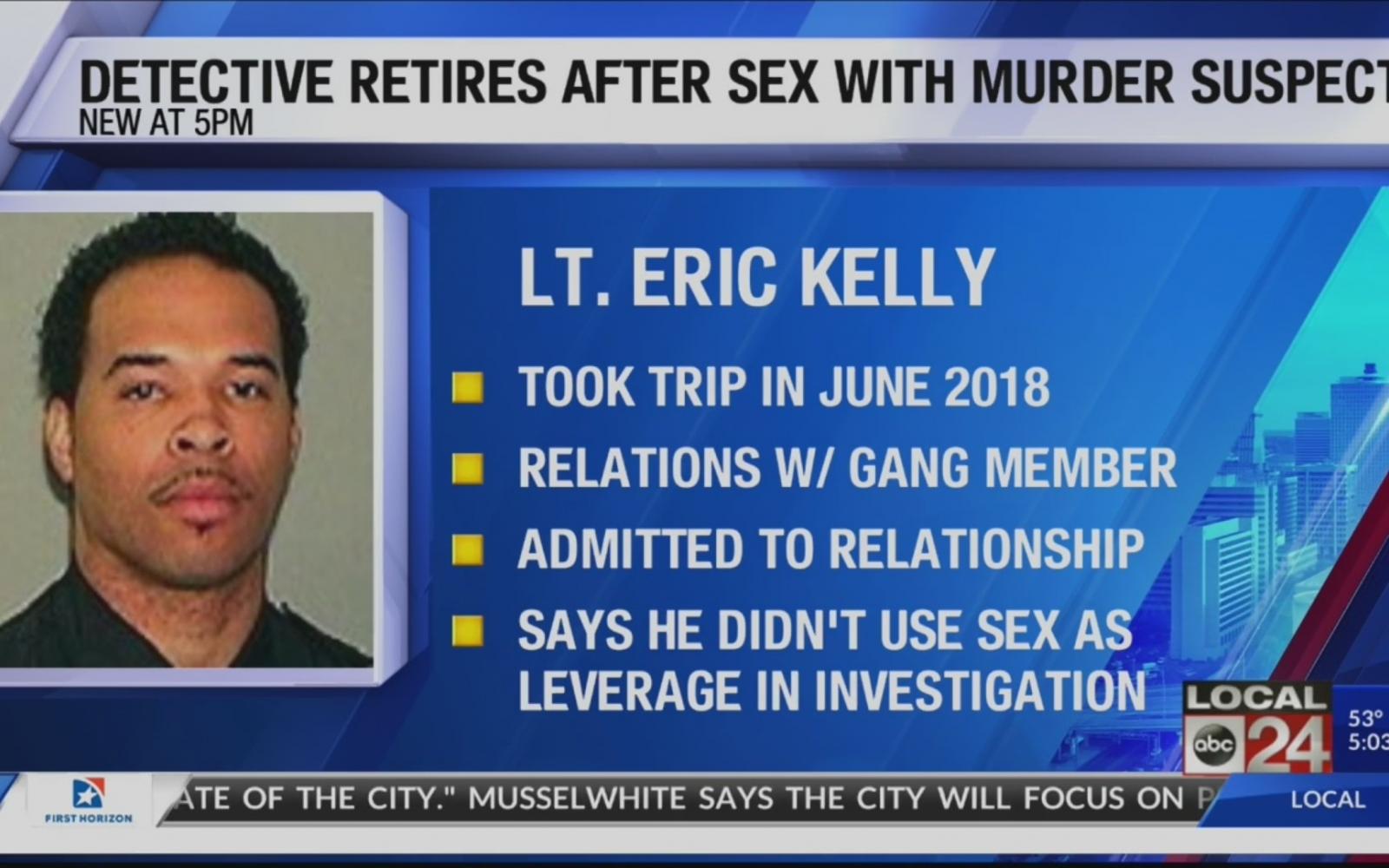 A Memphis Police Department homicide detective who had sexual contact with a murder suspect retired last fall amid an internal investigation into his conduct, effectively allowing him to escape disciplinary action.

Lt. Eric Kelly, a 26-year MPD veteran, submitted a letter of resignation Nov. 8, five months after supervisors filed a statement of charges against him accusing him of compromising a criminal case, consorting with persons of criminal reputation and other allegations.

“You were the lead investigator of a murder case and began a sexual relationship with the defendant you charged in the case,’’ the document alleges. “You provided the defendant with marijuana and allowed them to take photos inside your residence with several of your firearms.’’

Acting on a tip from a source, The Institute for Public Service Reporting began checking in November for disciplinary charges against Kelly yet none appeared in public records. In response to a formal request filed under the Tennessee Open Records Act seeking all disciplinary actions against Kelly in 2019, MPD released paperwork related to a minor traffic incident from last winter.

When a reporter went to MPD’s human resources office last month and personally reviewed Kelly’s file, the statement of charges for consorting with a defendant – which had been lodged against him six months earlier – still did not appear.

The paperwork finally was put in Kelly’s file Monday, Jan. 6, as a reporter again asked for Kelly’s file.

The Kelly case poses the possibility that prosecutors may have a difficult time making charges stick in the murder case.

“Your involvement has potentially jeopardized the on-going legal proceedings against the defendant and co-defendants. Your current and upcoming cases are tarnished,’’ reads an administrative summons dated June 18 that describes an unauthorized, taxpayer-subsidized trip Kelly made with the defendant, a known gang member who’s been arrested 11 times.

“… You took a defendant on a work related trip to Montgomery, Alabama, in a city issued vehicle. You did not receive permission for the defendant to travel in the vehicle or spend the night with you in a hotel paid for by the City of Memphis.’’

In a statement made before a hearing officer, Kelly said he had admitted his relationship to internal investigators.

“I admitted to them that there was some sexual contact,’’ Kelly said.

However, Kelly emphasized that he did not use sex as leverage in the murder investigation.

The suspect’s name is redacted from reports released by MPD. Identifying details about the homicide or the defendants don’t appear in released reports.

Kelly characterized the person as “technically a witness’’ who “had no direct involvement with the homicide at all.’’ The detective said the relationship blossomed after he made initial contact in court. Kelly maintained he tried to get the person help for a drug addiction and to find a job.

He said he took the suspect on a trip to Alabama in the summer of 2018, about four months after he’d taken a statement from them in connection with the homicide.