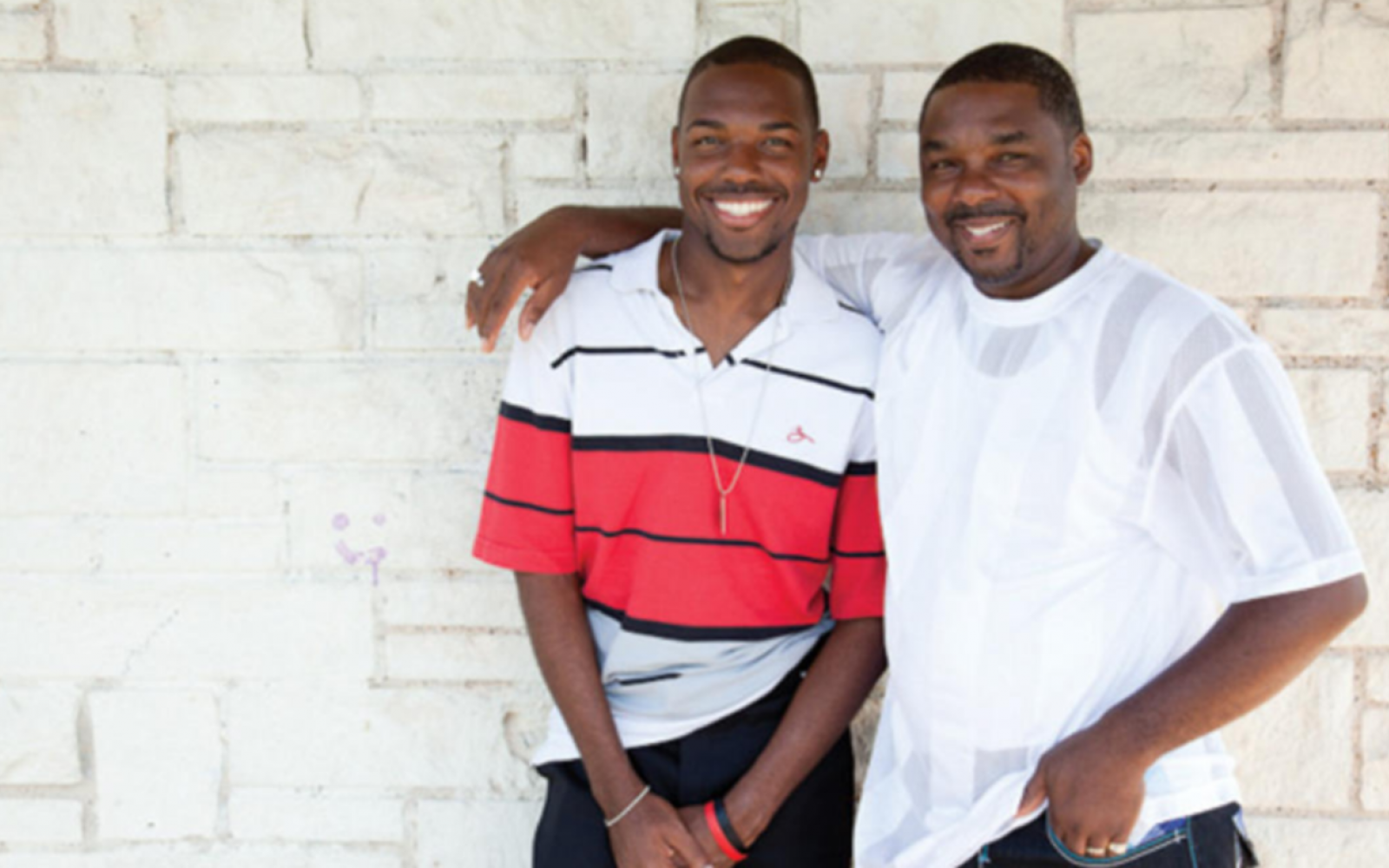 Otis Harris Jr. said one person recognized him on a DART bus as he stood near a photo of himself in a Greater Than AIDS poster.

Another person who’d seen Harris in the ads reached out on Facebook.

“He said I inspired him to be there for his friend,” Harris said.

Harris said he hopes that message gets out to many more as the “Greater Than AIDS” campaign featuring “Deciding Moments” profiles continues through December.

Dallas County Health and Human Services and Greater Than AIDS, a national nonprofit focusing on the disproportionate impact of HIV in the black community, partnered for “Dallas>AIDS Deciding Moments.” The public service campaign is designed to increase knowledge and understanding of HIV and AIDS, confront the stigma and reduce the virus’ spread. Dallas residents who are affected and infected by the virus were chosen to participate and will appear in billboard, transit, print and radio public service ads, and appear at events through December.

Harris said he contracted HIV at 22 through unprotected sex. It took him a year to tell his father, though the two had always been close.

“At that point he didn’t know much about it,” Harris said of his father. “He thought I was going to die, but he didn’t turn his back on me.”

When Harris was diagnosed at the Dallas County health department, he listened to the counselor who told him he could live a long, healthy life if he got proper medical care. He began that care at Parkland hospital’s Amelia Court before moving to Bluitt Flowers, a Parkland clinic in South Oak Cliff with an HIV specialty.

Harris said he always had a good relationship with his father growing up.

“He always prepared my sister and me for life,” he said. “ to make good decisions. He always showed he loved us.”

In a video on the Greater Than AIDS website, Otis Harris Sr. said when his son told him he had HIV, he thought he had lost him.

But he adds that as he gained knowledge he realized he hadn’t lost his son.

“He’s gay. He has HIV,” Otis Harris Sr. says. “And my choice is to accept my son regardless.”

According to statistics from the Dallas County Department of Health and Human Services, 14,000 people are living with HIV in the county. That represents a 39 percent increase over the last eight years.

The U.S. Centers for Disease Control and Prevention estimates that 1.2 million people are living with HIV, but that one in five don’t know it. About a third are diagnosed so late they develop full-blown AIDS within a year.

In Dallas County, the infection rate among blacks is three times higher than among whites. About 50 percent of all new cases are among blacks, who account for about 40 percent of those living with HIV.

That’s the reason Greater Than AIDS is targeting minority communities.

Hayes, who recently moved to Atlanta, began his affiliation with the Greater Than AIDS campaign when Radio One, which owns The Beat, was contacted about participating.

“We got a gay guy at the station, so why not use him?” Hayes said his station manager told them.

Although he’s HIV negative, Hayes said he lost many friends to AIDS and supports the Greater Than AIDS message of testing and prevention.

Much of the testing is done at events like Hip Hip for HIV, which rewards people who are tested with concert tickets.

“In the minority community, HIV is running rampant,” he said.

Hayes talked about how the AIDS epidemic has changed. He said he began losing friends to the disease in the 1980s.

“People were terrified of it,” he said. “Now with good medicine, things have changed tremendously.”

Hayes said he has mixed feelings about the new home HIV test kits that became available in October.

“Will the suicide rate go up?” he wondered, when people test positive and have no one there to counsel about medical options available.

He called it a scary thing but said testing is important.

“Be ahead of the disease,” he said.

Hayes said that in his community, people assume someone who tests positive is gay. He hoped that the campaign would help dispel the myth that only gay people contract the virus.

In Dallas County, statistics show that 21 percent of new cases are among women and 24 percent of infections occur through heterosexual contact.

Both Harris and Hayes said the message is to get tested and if positive, understand that HIV is a manageable disease.

“I learned to take care of myself no matter what happens,” Harris said. “And if you test positive, get into care as soon as possible.”