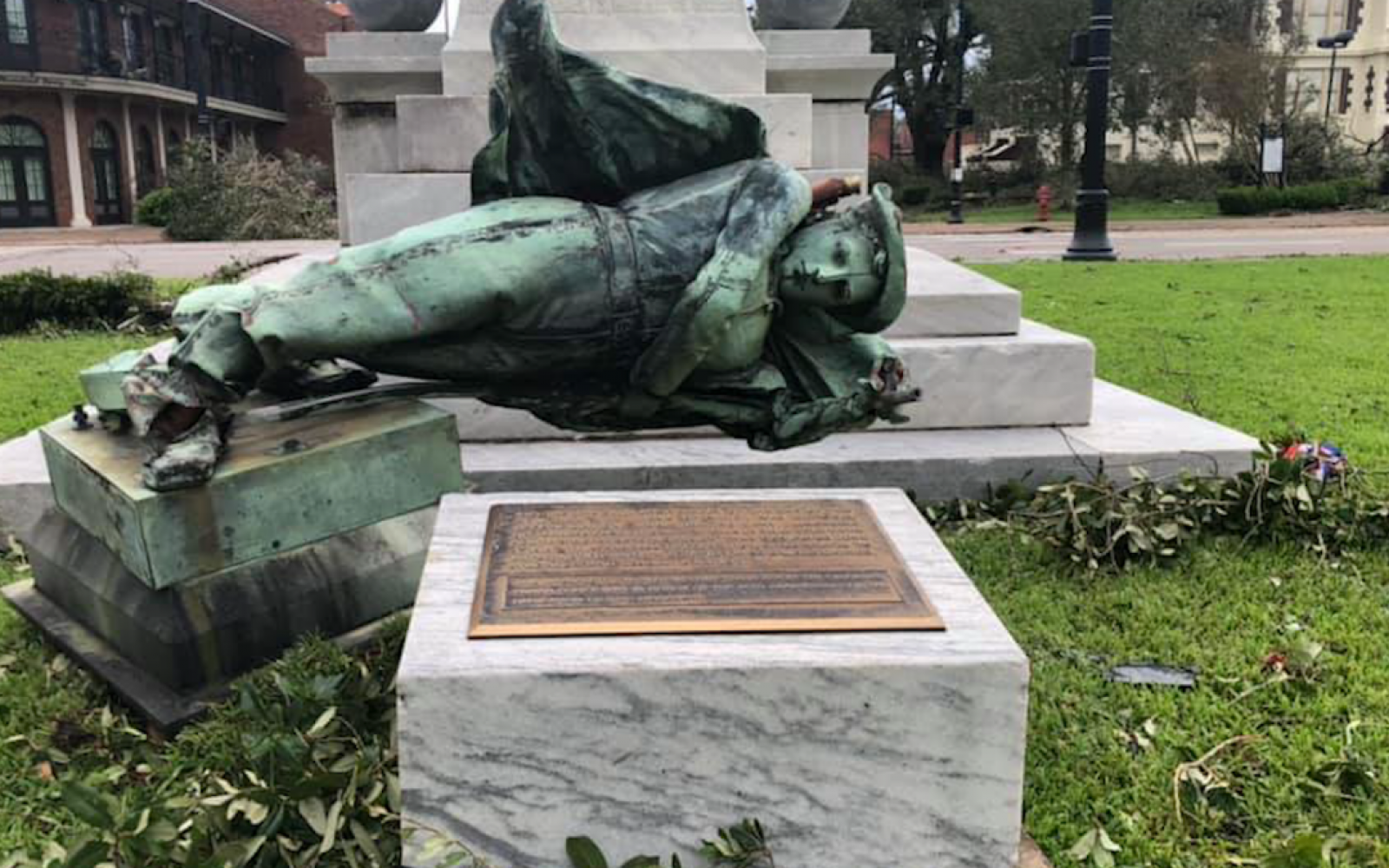 Hurricane Laura appears to have torn down a Confederate monument that a southern town recently voted to keep up. The deadly Category 4 storm blew into Lake Charles, Louisiana, overnight, where wind speeds reportedly reached 150 mph.

According to the Daily Advertiser, one casualty of the cyclone is a 115-year-old South’s Defenders Monument that overlooked one of the devastated town’s courthouses.

Only two weeks ago, city leaders voted 10-4 to keep the monument in place after 878 of the 945 Lake Charles residents who corresponded with city officials over the summer also agreed it should stay. Roughly 78,000 people call the southwest Louisiana town home.

The monument celebrates Confederate soldiers from the area who died during the Civil War.

“Can confirm, the confederate statue in Lake Charles that many were wondering about is gone, apparently a casualty of Hurricane Laura,” tweeted investigative reporter Andrea Gallo.

Some Twitter users celebrated the downing of a symbol honoring rebel forces who took arms against the U.S. government and fought for the preservation of slavery.

“The Confederate general has fallen,” tweeted a man who identified himself as “Black, educated, goofy.”

Others joked that this was no accident.

“Apparently? Huh. Looks to me like the deep state was out tearing down tree branches and power lines, breaking windows, and knocking down statues,” tweeted a prankster, mocking right-wing conspiracy theorists.

Another Twitter user posted photos his father sent and speculated that despite the tragedy of the storm, some people might see the toppling of the statue as a silver lining.

“I want to clarify that I don’t think anyone should be happy over any of the damage regarding the hurricane,” that person clarified. “I was only saying that I was expecting some people were going to be happy about it.”

Those photos showed the monument twisted and mangled. Gallo’s photo seemed to indicate the statue atop the monument was gone altogether by Thursday afternoon.

A petition to save the statue was posted on Change.org in June by a supporter who wrote about “cancel culture,” “marxists and socialist(s),” etc. while promoting the false narrative that the Civil War was not about slavery. That petition had not reached its 1,500 signature goal by Thursday evening.