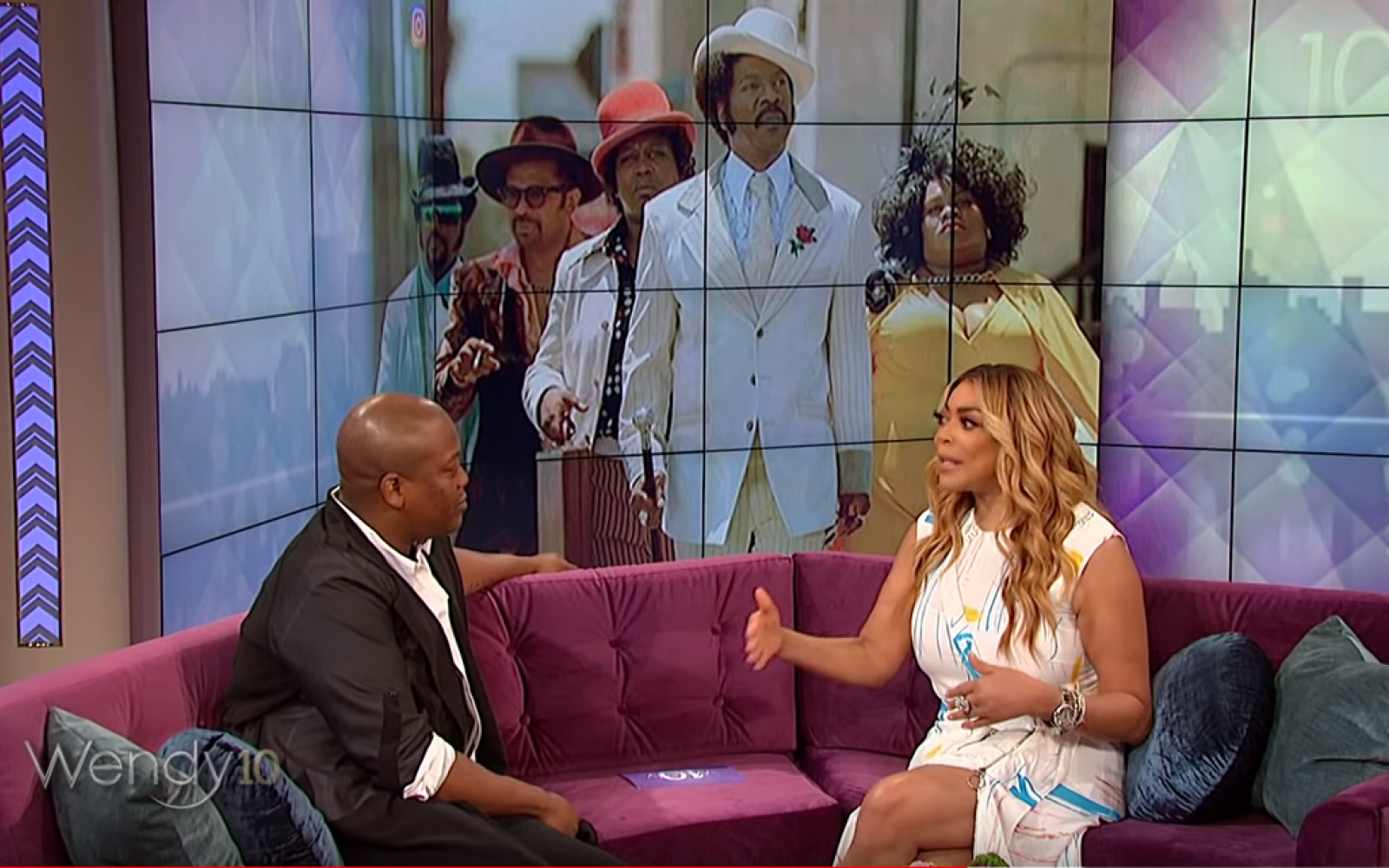 At this point Titus is probably ready to throw hands, and we can't blame him.  During his appearance on Wendy William's daytime talk show, Wendy of course asked about his confrontation with Andy Cohen on Watch What Happens Live.

In case you missed it Cohen asked if Titus had any trouble with Eddie on the set of their new film and Titus wasn't having any of it.

“Did you get to chat with him at all?” Cohen asked. “He was very problematic for the gays at one point when I was coming up.” Cohen’s question referred to homophobic jokes used by Murphy in his early stand-up routines.

“He wasn’t problematic for Tituss, and we had a wonderful time,” Burgess said. “We talked about Dreamgirls. He should’ve won the Oscar, I believe. He was great. Any troubles he may have had with gay people I guess are gone because he loved me.”

Burgess later took to Instagram, referring to Cohen as a “messy queen” for bringing up the issue. “[This is] NOT a place to rehash old rumors or bring a star negative press. Sunday was a display of ratchet behavior by a well-connected man having blatant disregard for one of his guests,” Burgess said.

While on Wendy Titus doubled down on his remarks and  didn't back down:

“I think that people misinterpret who they see on the screen sometimes and begin to have a relationship towards you based on misinformation,” Burgess told Williams. “I will not tolerate the dismantling of anyone’s legacy, especially not my own. Who we were speaking about has done a beautiful job being the comedic giant that he is. He has a wonderful movie coming out and I was not going to participate in talking about that. I said what I said.”

“I wasn’t going to waste time digging up something that happened a while ago,” Burgess added. “We’ve all moved past from it and we’ve all learned from it.”

See his response below.