If You're Rude To The People That Handle Our Food, We Can't Be Friends Or Date 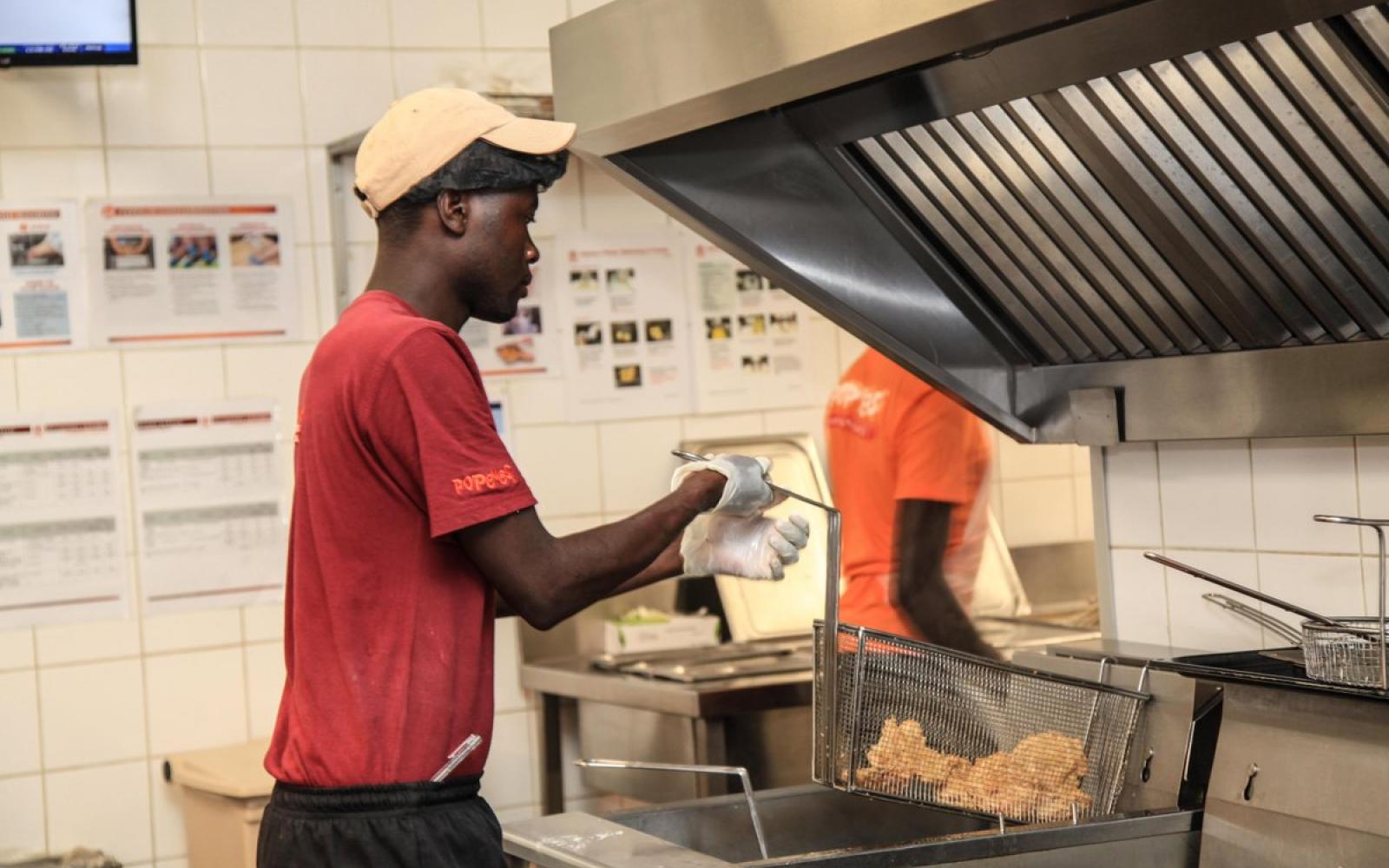 Because what I don't need is someone spitting in my food or dropping it on the ground because you were nasty to them.  As Popeyes rolled out their chicken sandwich a gain, our timeline was flooded with incidents of why fast food workers should get paid more.  The disrespect, chaos, physical assaults and racism they've had to deal with over the past two weeks has been sad to watch.  As someone who used to work in fast food and have friends that have, the last thing you want to do is get rude with the folks that are handling your food.

The industry can be especially rough if you're a person of color.

In a study, both black and white patrons at a moderately priced Midwestern restaurant tipped black servers less than their white counterparts. This disparity was found in spite of the fact that patrons reported being more pleased with the black servers’ work.

Considering the fact that tips make up more than half of waiters’ income (at least according to a 2012 survey), this is more than a symbolic slight. It suggests black servers, on average, take home significantly less money than their white colleagues.

In an article for Metro UK a restaurant owner noticed his black employees also got more complaints and were seen as lazy, or angry even when doing the job perfectly well.

When he hired an African American man, the manager said he did not think of race for a second and felt the man was competent for the job. However, the poster noticed that the black waiter was getting a lot more complaints about his professional conduct even when he was carrying out work-related tasks.

It was then that the manager realized the customers were treating the employee differently because of his race.

‘He has been by no means incompetent in his job,’ the manager said. ‘However, complaints about his service have been disproportionate compared to all our other servers.’ ‘Example: “That kid over there is talking to someone when he should be bringing our drinks.” Well okay, that someone is the business owner and when I checked the ticket they had been waiting for their drinks for about two minutes. They got their drinks about 30 seconds later. ‘Example 2: someone flagging me down about a server standing there doing nothing… it was him putting in a large order at another terminal. ‘There have been about six or so instances of this in the past two months. And you know what’s common about these complaints? They’re all coming from Boomer generation white men.’

The manager recalled one incident where a white couple even refused to look at the black server in the eye and opted to speak to a white waiter instead.

With that being said you don't want to piss these folks off, womensmag posted examples of the worst things wait staff and cooks had done to the food of rude customers here's one of them:

“The last coffee shop I worked at would do some pretty crazy things. We were all pretty disgruntled, which isn’t too hard to believe since we were mostly younger people with college educations who couldn’t find a job in the field we wanted to work in. A few of us would keep expired milks in a special part of the refrigerator that we would use in customer’s drinks when they were being a—holes. We had expired regular milks and almond and soy—which take a while to expire—so we just used ones that we wouldn’t refrigerate for days at a time. We figured that if someone ever got sick and gave us hell for it, it would seem like we’d mistakenly kept some sour milk around.”

So yeah, if you're gonna be rude to folks that deal with our food, we can't go out, we can't be friends, we can't date, not only because of the way our food will be treated, but because of the way you treated another person who was just trying to do their job, while not getting paid enough to do it.