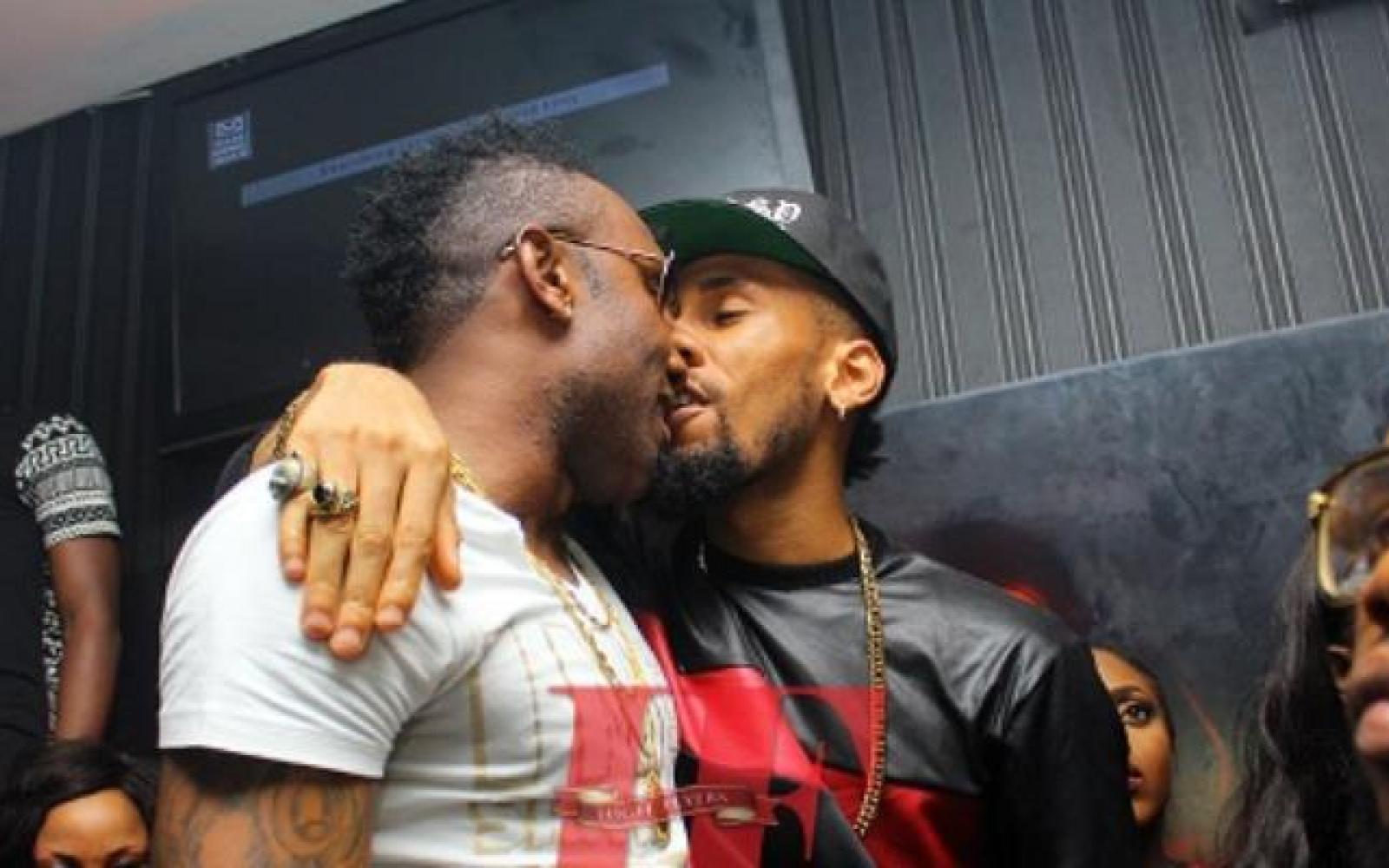 Social media in Nigeria blew up with speculations that fast-rising rapper, Phyno, may not be as straight as he says. This came after a picture hit the internet showing the rapper's mouth very close to another unidentified man in a club, which spurred believes that was kissing the guy in the picture.

Some even alleged that the unidentified man in the photo was KCee, a popular singer with the defunct KC Presh music group. In the background of the photograph, they spotted in the club-like environment. When media outlets contacted the rapper by phone to get his reaction, his manager said Phyno cannot not be involved in "homo".

According to him, the photo was photoshopped, stating further that the music artist is not gay.

Phyno, however, some hours ago, tweeted to explain that he was only whispering to the man in the viral picture when he was photographed in that controversial position.

"Nice camera angle, paparazzi keep it up," the rapper posted. He further wrote, "I said it before it happened. On a normal day, I would have ignored this, but for the sake of my fans, let me address this. Like seriously, I am too straight to for this sh*t. "Name God go punish the photographer and the photoshper, but for now, #BringBackOurGirls."