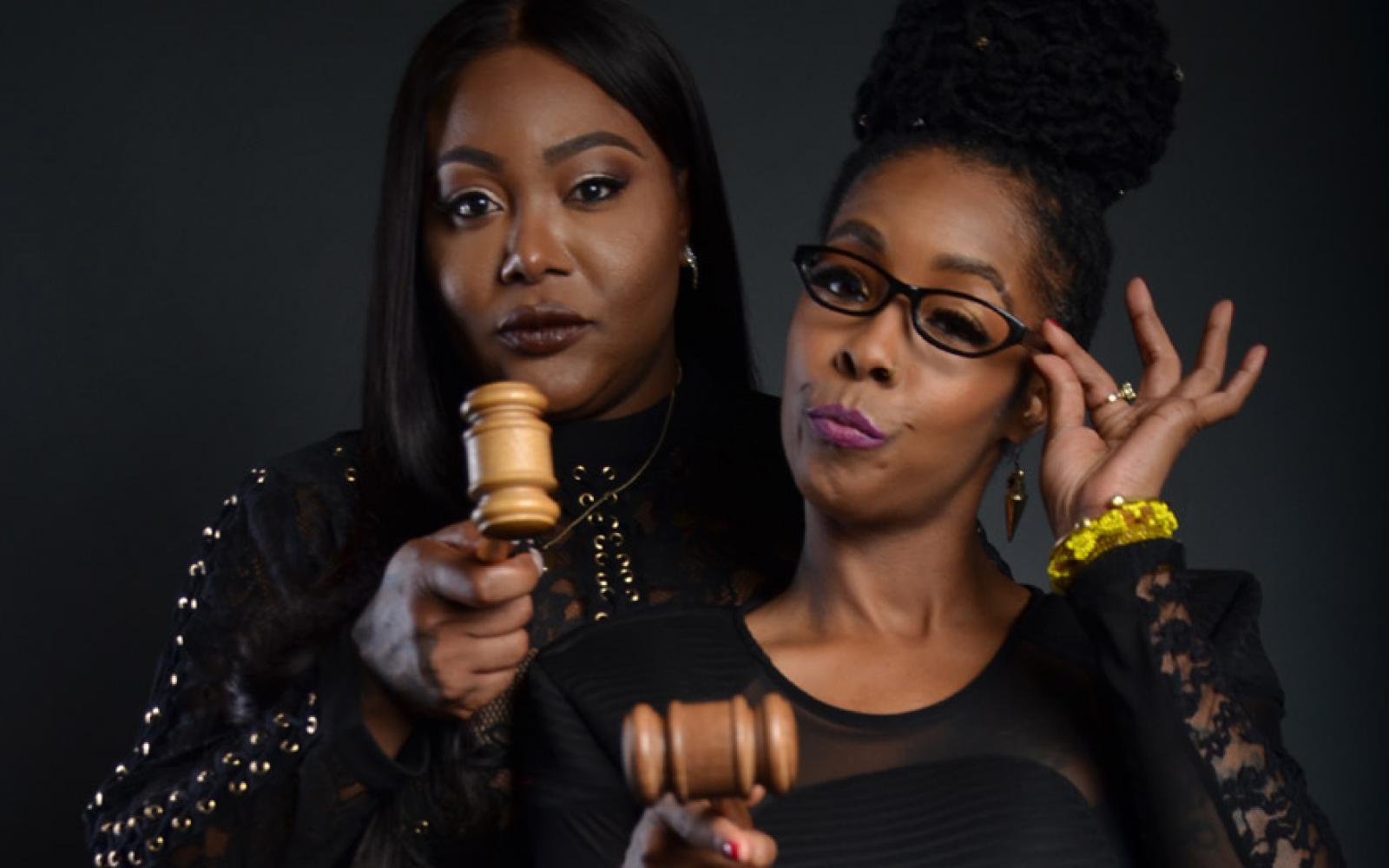 Khia may have burned her last bridge to success because everyone knows the LGBTQ community will love you when no one else will.  After an appearance at DC gay night club Karma with TS Madison for a performance and live taping of their popular podcast Queen's Court, Khia went live on social media in which she used homophobic and transphobic slurs and made other negative comments about the LGBTQ community.  We won't get in to all of it here, because she doesn't deserve the bandwith.

"After learning about the homophobic and transphobic remakes made by Khia following an event she was hired to host along with TS Madison, the board of directors for Impulse Group DC would like to issue our community a heartfelt apology...It is our intent to support entertainers and talent who reflect our values and will openly speak up against homophobia and transphobia.  Khia is not one of those entertainers and thus is not deserving of Impulse dollars or support."

Though the two seem to have publicly fallen out, both TS Madison and Khia are still scheduled to appear together at a few more events. 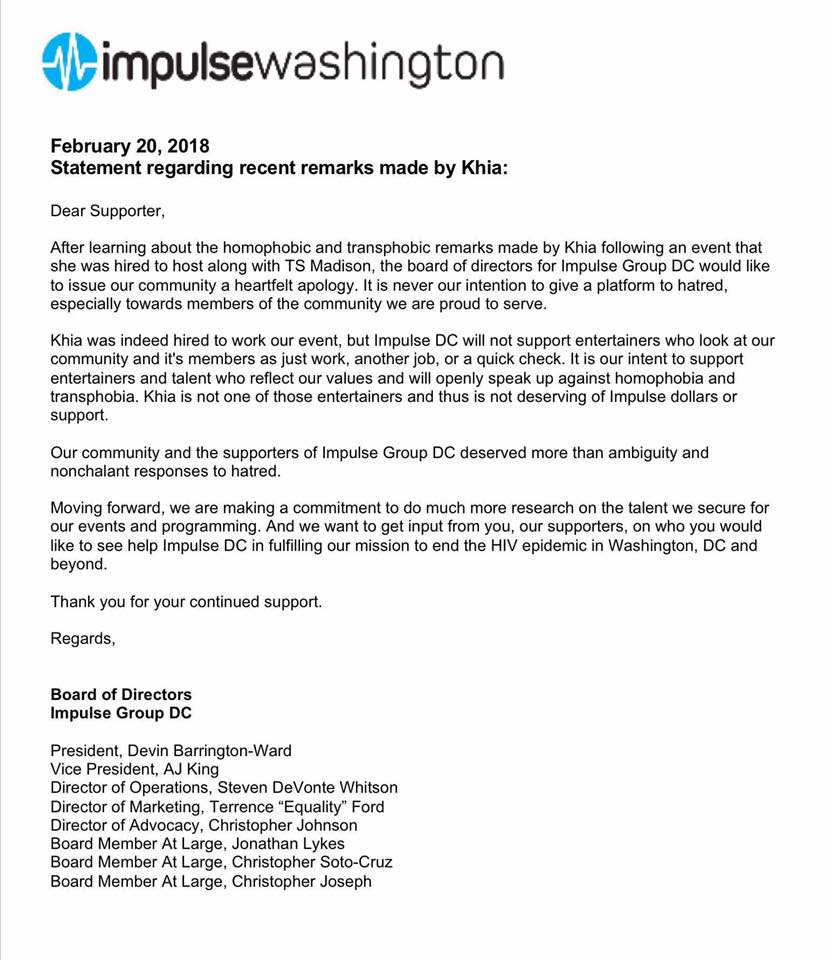