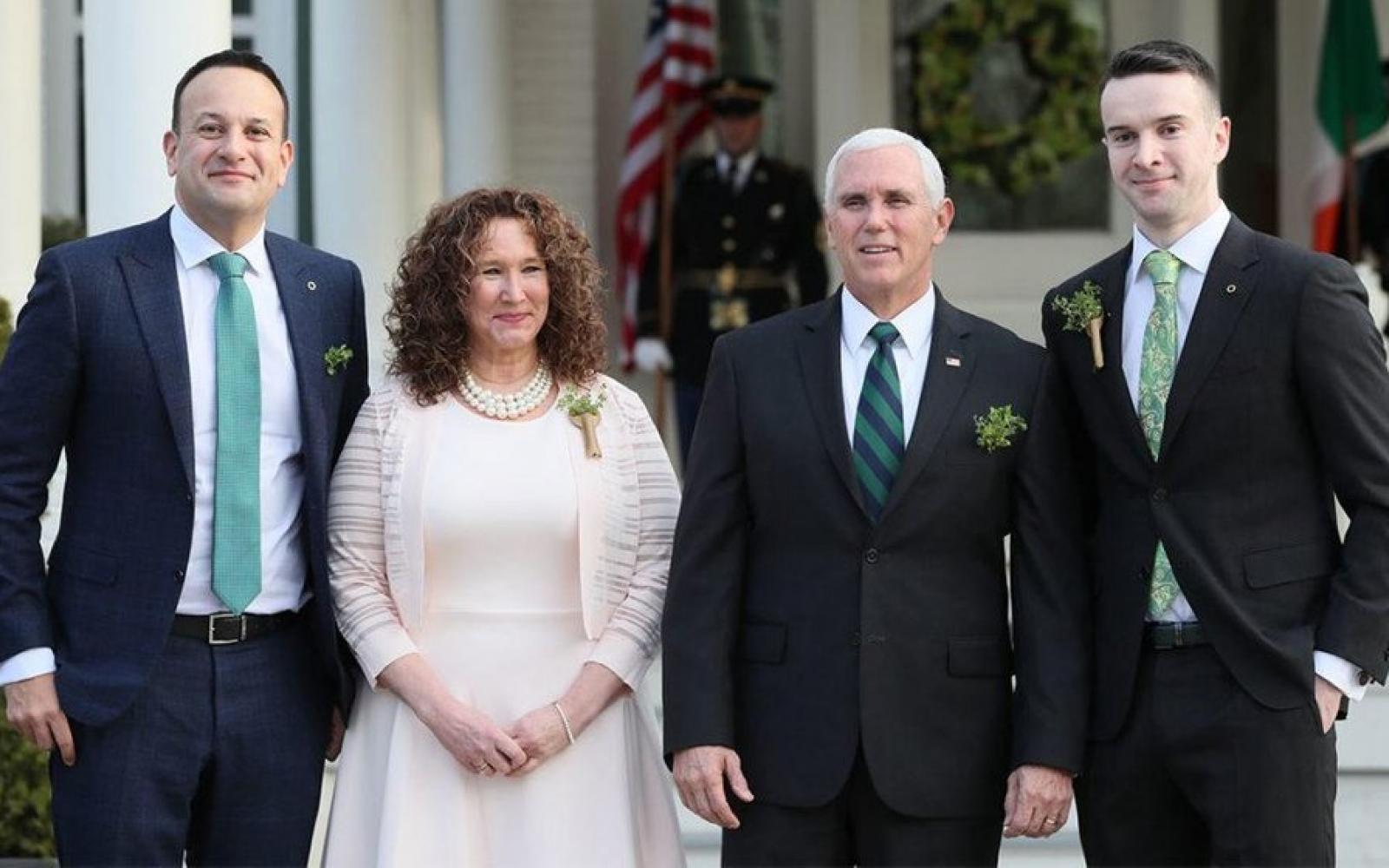 Ireland's Prime Minister Leo Varadkar made some positive waves on Thursday when, on his official visit with Vice President Mike Pence, he was accompanied by his partner, Dr. Matthew Barrett.

Varadkar and Barrett joined Pence and Pence's sister Ann for the Friends of Ireland breakfast at the VP's Naval Observatory residence. It was part of the prime minister's state visit, which also included a sit-down with President Trump.

But it was the meeting with the Pences that garnered all the attention. Varadkar is one of the few openly gay world leaders, and Pence is notorious for his anti-LGBTQ views. While he was the governor of Indiana, Pence signed the Religious Freedom Restoration Act, a law that essentially allowed business owners to discriminate against LGBTQ customers.

In speaking at the breakfast on Thursday, Varadkar exquisitely addressed such bias without criticizing Pence directly, saying:

I lived in a country where, if I'd tried to be myself at the time, it would have ended up breaking laws. But today, that is all changed. I stand here, leader of my country, flawed and human, but judged by my political actions, and not by my sexual orientation, my skin tone, gender or religious beliefs. And I don't believe that my country is the only one in the world where this is possible... We are, after all, all God's children.

Pence, for his part, was warm and welcoming to Varadkar and Barrett on Thursday, calling the prime minister's speech "inspiring words." He also addressed Barrett, saying, "But we’re also really honored to be joined by your partner, Dr. Matthew Barrett. He does great work at Northwestern Memorial Hospital in Chicago. And, Matt, it’s an honor to have you here with us as well."

According to the Washington Post's Siobhán O'Grady, Varadkar was, perhaps unsurprisingly, the first openly gay leader to visit Pence's home since he took office.