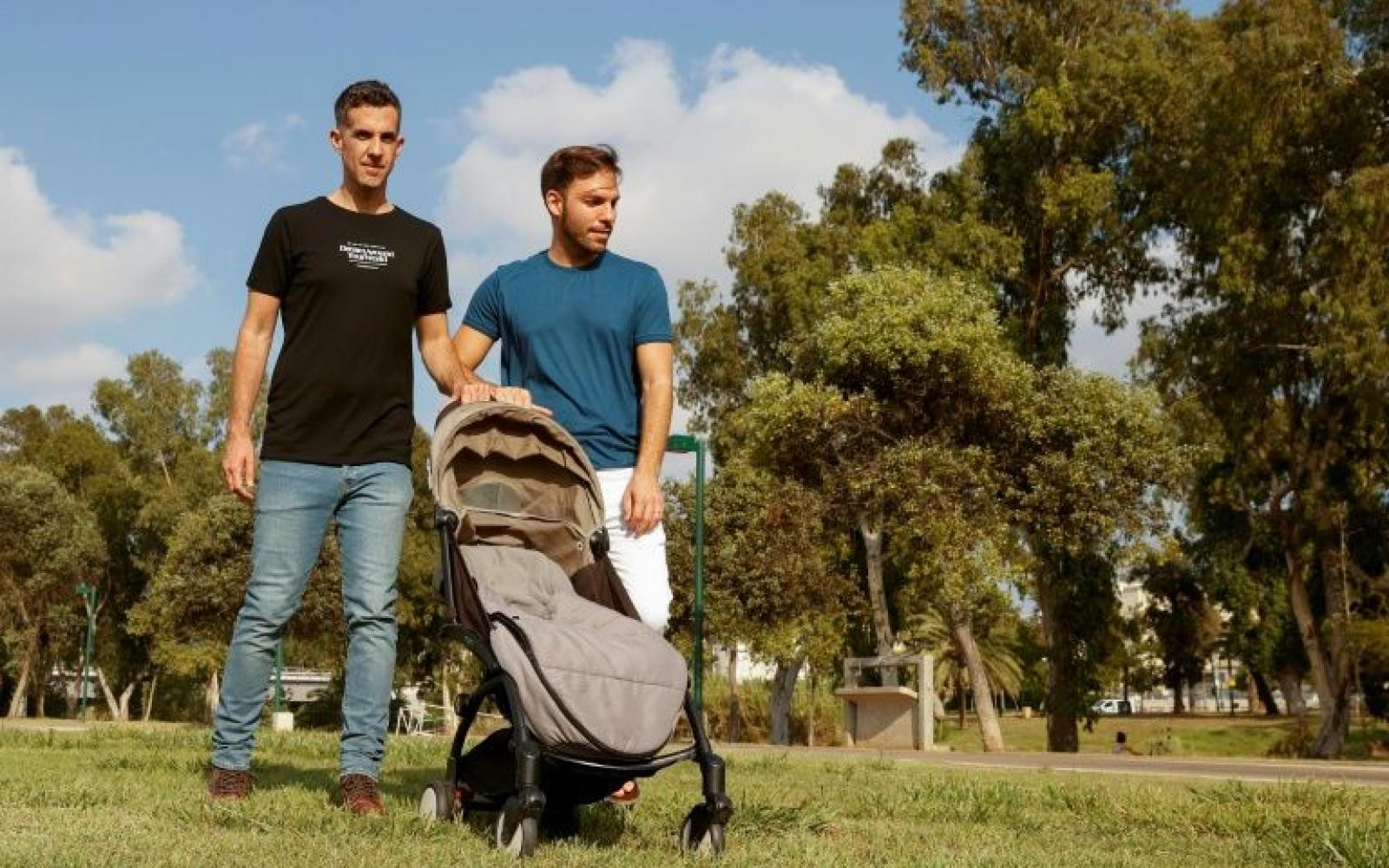 Israelis Harel Barak and Yakir Kanneli have been married for four years -- but as a gay couple, they are legally barred from starting a family.

The Jewish state has passed a series of progressive laws on LGBTQ rights and has several openly gay men serving in parliament, but surrogacy remains off-limits to same-sex couples, forcing some to seek solutions abroad.

"Israel is a leader when it comes to medically-assisted fertility, couples come from all over the world to benefit from our effective care, but we're cut off from it," said Barak, a 38-year-old lawyer.

Progress may be imminent following a February supreme court ruling ordering Israel's parliament, the Knesset, to end discrimination in surrogacy.

When surrogacy was first legalised in Israel in 1996, it was only available to heterosexual couples.

In 2018, the Knesset expanded surrogacy rights to single women but maintained bans for same-sex couples and single gay men.

That decision triggered large protests, notably in Tel Aviv, home of the Middle East's largest annual gay pride parade and which sees itself as a centre of tolerance and progressive values on LGBTQ rights.

"It's very frustrating," said Harel. "Especially since we pay our taxes like everyone else."

According to the Association of Israeli Gay Fathers, gay couples in the Jewish state spend up to $100,000 for surrogacy services in the US or Canada.

"In Israel, it would cost them half that," said Julien Bahloul, the group's spokesman.

Harel said he and his husband were searching for a surrogate in Canada, making them among the "dozens and dozens" of gay Israeli couples that pursue a family abroad each year.

"We would have preferred to do it at home, in Israel, surrounded by family," he told AFP.

The supreme court order to end discrimination in surrogacy within 12 months followed a complaint by a collection of LGBTQ rights groups.

But a bill to widen access to surrogacy introduced by Idan Roll, an openly gay lawmaker from the main opposition Yesh Atid party, was rejected by the Knesset on July 1.

In a major frustration for Roll, the centrist Blue and White party, which previously included Yesh Atid before their alliance split up, abstained during the vote.

Roll accused Gantz's party of "playing games and going behind the backs of gay couples who just want to be parents".

But Justice Minister Avi Nissenkorn, a member of Blue and White, said the government intended to comply with the supreme court ruling and would introduce its own surrogacy bill by the end of the year.

For Bahloul, parliament's inability so far to pass a law ending surrogacy discrimination shows that lawmakers are out of touch.

"There is a huge disconnect between the mentality of Israeli citizens and their political representatives," he told AFP.

"All polls indicate that a vast majority of Israelis support gay marriage and surrogacy" for homosexuals, he said.

He attributed that support to the primacy of family in Jewish tradition, adding that notions of family have broadened with the rising numbers of prominent same-sex couples, including politicians and celebrities.

"The local joke now is that when you come out to your mother, she says: 'Fine, just give me grandchildren.'"

Given the cost of pursuing surrogacy abroad, couples like Barak and Kanneli often have to take out loans, or even host fundraisers before moving forward.

Many gay Israeli couples have turned to a Toronto-based company called "Babies Come True" which caters in part to same-sex couples.

The service has been complicated by the coronavirus pandemic that has severely limited travel, but Barak said he and his husband remain committed.

"We'll make it to the end, despite all the obstacles, because having a child is what we want most in the world."