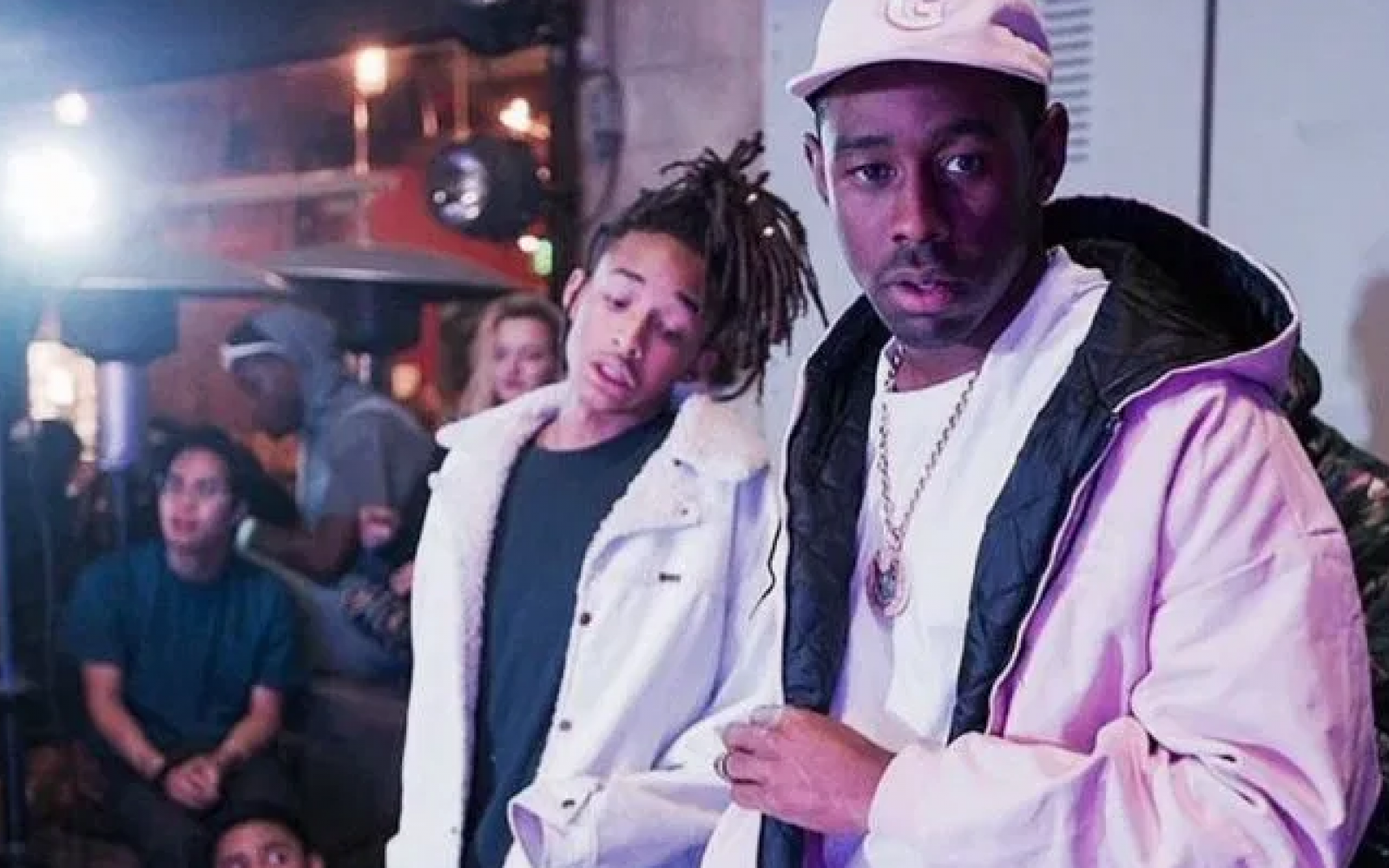 Perhaps no one is happier for Tyler, the Creator than Jaden Smith.

At the 2020 Grammy Awards on Sunday night, the artist took home the coveted Best Rap Album trophy, earning him his very first win at the show. "To the new fans, to the old ones, all the crazy stuff I do, I never fully felt accepted in rap and stuff," he told the audience while up on stage. "So ya'll always stand by me and get me here. I really appreciate that."

Back home, an excited Jaden could not help but praise the rapper on his victory, tweeting, "My Boyfriend Just Won A Grammy."

It's not the first time the 21-year-old has used the affectionate term while raving about Tyler. Indeed, back in November 2018, Jaden professed his love for the 27-year-old while on stage at Tyler's festival annual, Camp Flog Gnaw Carnival.

When the camera panned toward Tyler, he was seen laughing and wagging his finger, as if to say no.

Still, Jaden didn't stop there. Later, in a since-deleted tweet, he wrote, "Yup @tylerthecreator I Told Everyone You Can't Deny It Now." Tyler's response?  "You a crazy n---a man."

And just to drive his point home one more time, Jaden once again hushed over the "Earfquake" singer during an interview on Apple Beats Music 1 Radio. "I recently said that Tyler, the Creator is my boyfriend and that's true," he said. "So just so you know."