Jeffree Star Shares He's Broken Up With Boyfriend, Alleges He Stole From Him 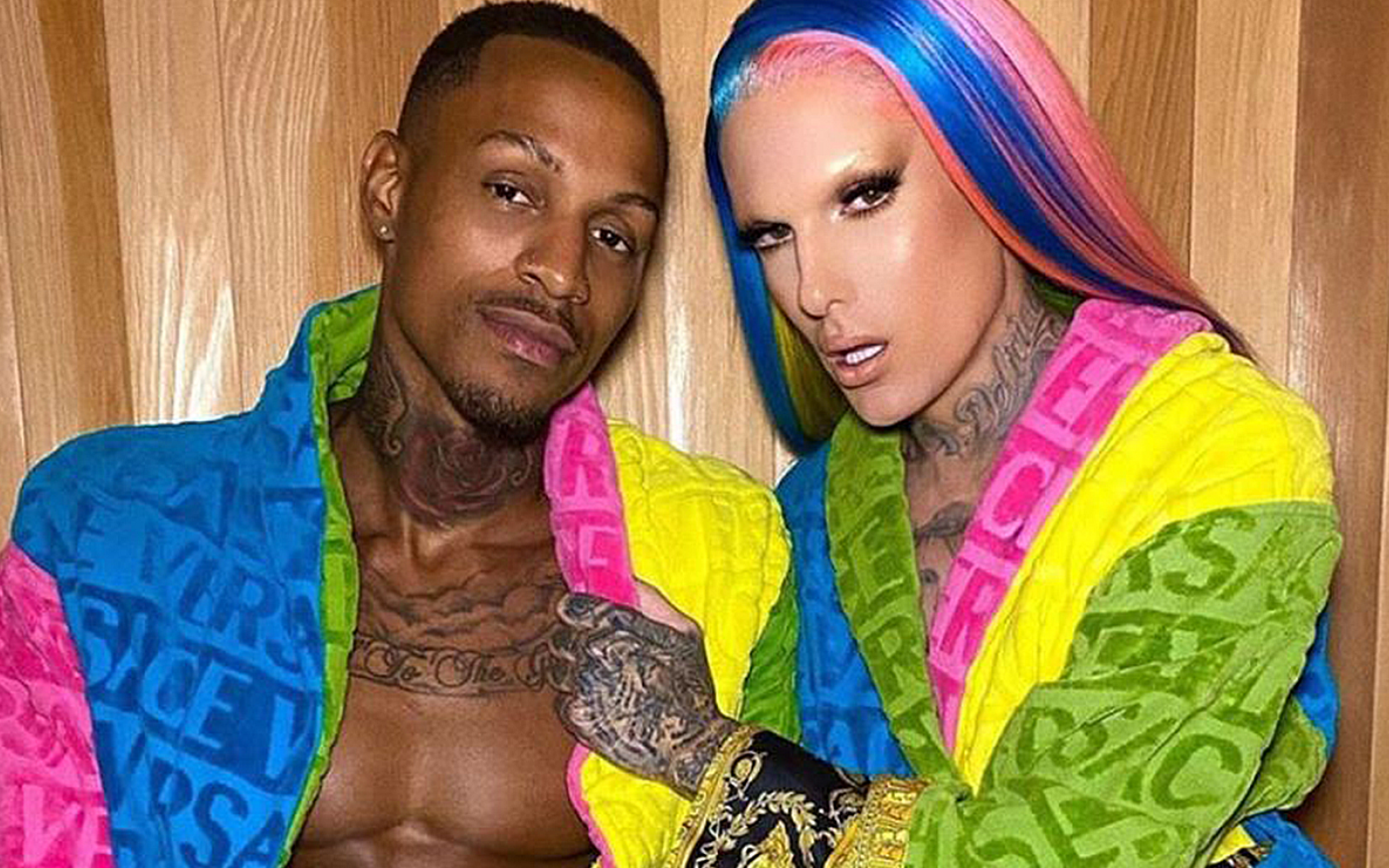 Jeffree Star might've gone public with his new relationship last month, but it looks like things with Andre Marhold have gone sour after the YouTuber alleged Andre had stolen from him.

Rewind ten months and you might remember YouTube fans were shocked when Jeffree and Nathan Schwandt announced their split in January after five years together. The 34-year-old addressed speculation from fans at the time by sharing a picture of himself and captioning it: "We broke up... Sorry for the silence, I’ve been trying to heal "

In August 2020, Jeffree went public with new boyfriend Andre Marhold, a basketball player. Jeffree shut down all rumours that the romance was fake at the time, and the pair have been on all sorts of romantic date nights and weekends away since.

Only, er, it looks like things aren't looking so rosy anymore, after Jeffree accused Andre of stealing from him in a now deleted Instagram comment. Hip magazine screengrabbed the message, which read, "Hey! Since you can’t answer the phone right now, can you give me all the stuff back that you stole from my house??"

It's worth noting we don't know whether the accusations can be verified, what Jeffree alleges Andre stole, or why the comment was later deleted.

On his Instagram Stories, Jeffree shared a quote which read, "Every time I start trusting someone, God slap[s] the back of my neck with his sandal." He also told fans, "I'm great.. I'm good" while talking to the camera.