Jussie Charged With Disorderly Conduct For Lying About Attack 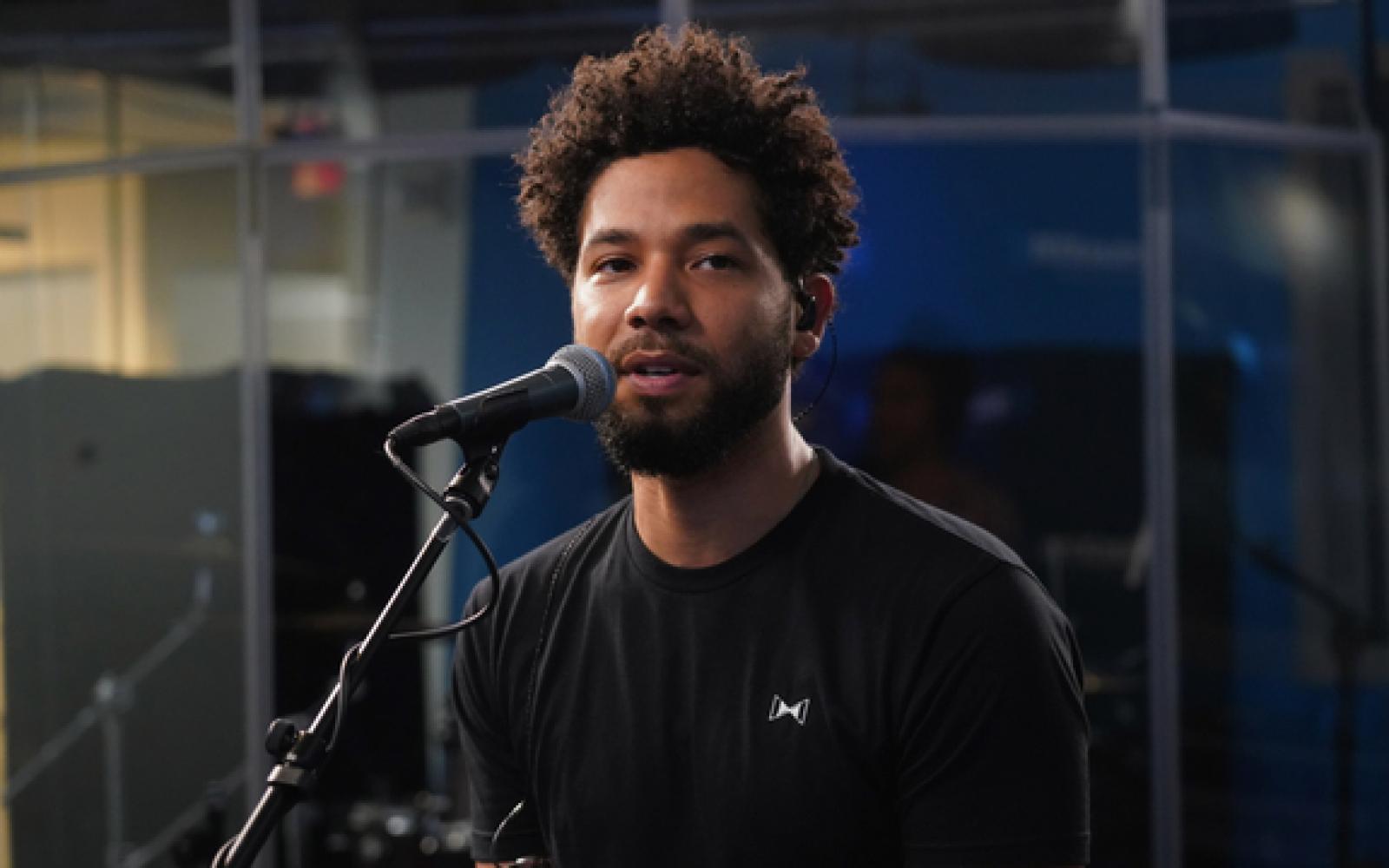 "Empire” actor Jussie Smollett has been charged with disorderly conduct for allegedly filing a false police report about an attack he said occurred as he walked to his apartment building in Streeterville last month.

The charge, a felony, was announced by the Cook County state’s attorney’s office Wednesday evening, hours after police called Smollett “a suspect in a criminal investigation … for filing a false police report.”

While initially investigating the attack as a hate crime, Chicago police recently said they were looking into whether Smollett paid two brothers he knew to stage the attack on Jan. 29. The brothers appeared before a grand jury earlier Wednesday and testified that Smollett had given them money, according to their attorney Gloria Schmidt.

Attorneys for Smollett, 36, met with prosecutors and detectives Wednesday but it was unclear if the actor was present, according to police spokesman Anthony Guglielmi. The lawyers, Todd Pugh and Victor P. Henderson, could not be reached for comment. They have been joined by high-profile, Los Angeles-based lawyer Mark Geragos who has represented numerous celebrities, including pop star Michael Jackson, R&B singer Chris Brown and actress Winona Ryder.

State's attorney's office: Foxx recused herself from Jussie Smollett investigation after acting as go-between with CPD
Smollett, who is African-American and openly gay, has said he was walking from a Subway sandwich shop to his apartment in the 300 block of East North Water Street around 2 a.m. when two men walked up, yelled racial and homophobic slurs, declared “This is MAGA country,” hit him and wrapped a noose around his neck.

Police took the two brothers, 25 and 27, into custody last week after they were captured by surveillance cameras in the area around the time of the alleged attack. Guglielmi called them "potential suspects" last Friday morning, but they were released 12 hours later.

Guglielmi said the brothers were no longer suspected and that, after talking with them, detectives were now investigating whether Smollett paid the brothers to stage the attack. Information from the brothers also allowed investigators to discover where the rope used for the noose had been purchased, according to a law enforcement source.

The shift in the investigation’s focus came amid growing skepticism on social media — doubts that Smollett addressed in a national TV interview and in a strongly worded statement after the brothers were released.

Timeline: Key moments in the Jussie Smollett case
"Jussie Smollett is angered and devastated by recent reports that the perpetrators are individuals he is familiar with," read the statement from his attorneys. "He has been further victimized by claims attributed to these alleged perpetrators that Jussie played a role in his own attack. Nothing is further from the truth."

The statement said one of the brothers was Smollett's personal trainer, the first time the actor had acknowledged knowing either of them. The two also reportedly worked with Smollett on "Empire."

As many as a dozen detectives were assigned to the case in the weeks following Smollett's report, and nearly every camera in the Streeterville neighborhood was checked for video that might show the attack. Some police sources privately expressed doubts after finding little, if any corroborating evidence or video of a crime.

Police did release an image of two men seen in the area of Smollett's building around the same time, but it was blurry and dark. Smollett said his music manager was on the phone with him at the same and would support his story, but the actor refused to turn over his full phone records. Instead, he handed police redacted records.

The report drew both outrage and support on social media from fellow celebrities, politicians and presidential hopefuls. President Trump weighed in, saying "It doesn't get worse, as far as I'm concerned."

As doubts grew, Smollett proclaimed his innocence through representatives and during a national television interview on “Good Morning America.”

A major break in the case came Feb. 13 when police arrested the two brothers after they arrived at O'Hare International Airport from Nigeria. Police also raided the men's North Side townhome, seizing items as the brothers were questioned by detectives.

Earlier Wednesday, Cook County State’s Attorney Kim Foxx announced she had recused herself from the case last week “out of an abundance of caution” because she spoke to one of Smollett's relatives after the alleged attack and acted as a go-between with police, one of Foxx’s aides told the Tribune.

"State’s Attorney Foxx had conversations with a family member of Jussie Smollett about the incident and their concerns, and facilitated a connection to the Chicago Police Department who were investigating the incident,” said Robert Foley, a senior adviser to Foxx. “Based on those prior conversations and out of an abundance of caution, last week State’s Attorney Foxx decided to remove herself from the decision-making,” he said.

A week before the alleged attack, Smollett told police he received a threatening letter at work. Witnesses told police a postal worker dropped off the letter at the Chicago studio where “Empire” is filmed. It was postmarked in southwest suburban Bedford Park on Jan. 18 and bore two American flag stamps. The letters “MAGA” were written in the upper-left corner of the envelope.

Federal authorities are looking into the origin of the letter. The status of their investigation was not known Wednesday.

Meanwhile, production of “Empire” continued Wednesday as cast and crew try to wrap up the final episodes of Season 5. Filming took place at the Ferrara Bakery on the Near West Side. It’s unclear which cast members participated in the shoot because crew members put cardboard over the bakery’s doors, and security guards patrolled Taylor Street by the shop’s entrance.

Also Wednesday, representatives for the Fox network, which produces and airs “Empire,” reiterated support for Smollett while denying media reports that his role on the show is being reduced or eliminated altogether.

“Jussie Smollett continues to be a consummate professional on set and as we have previously stated, he is not being written out of the show,” the statement from Fox read.