At Least 19 Dead After Tornado Rips Through Nashville, Tennessee 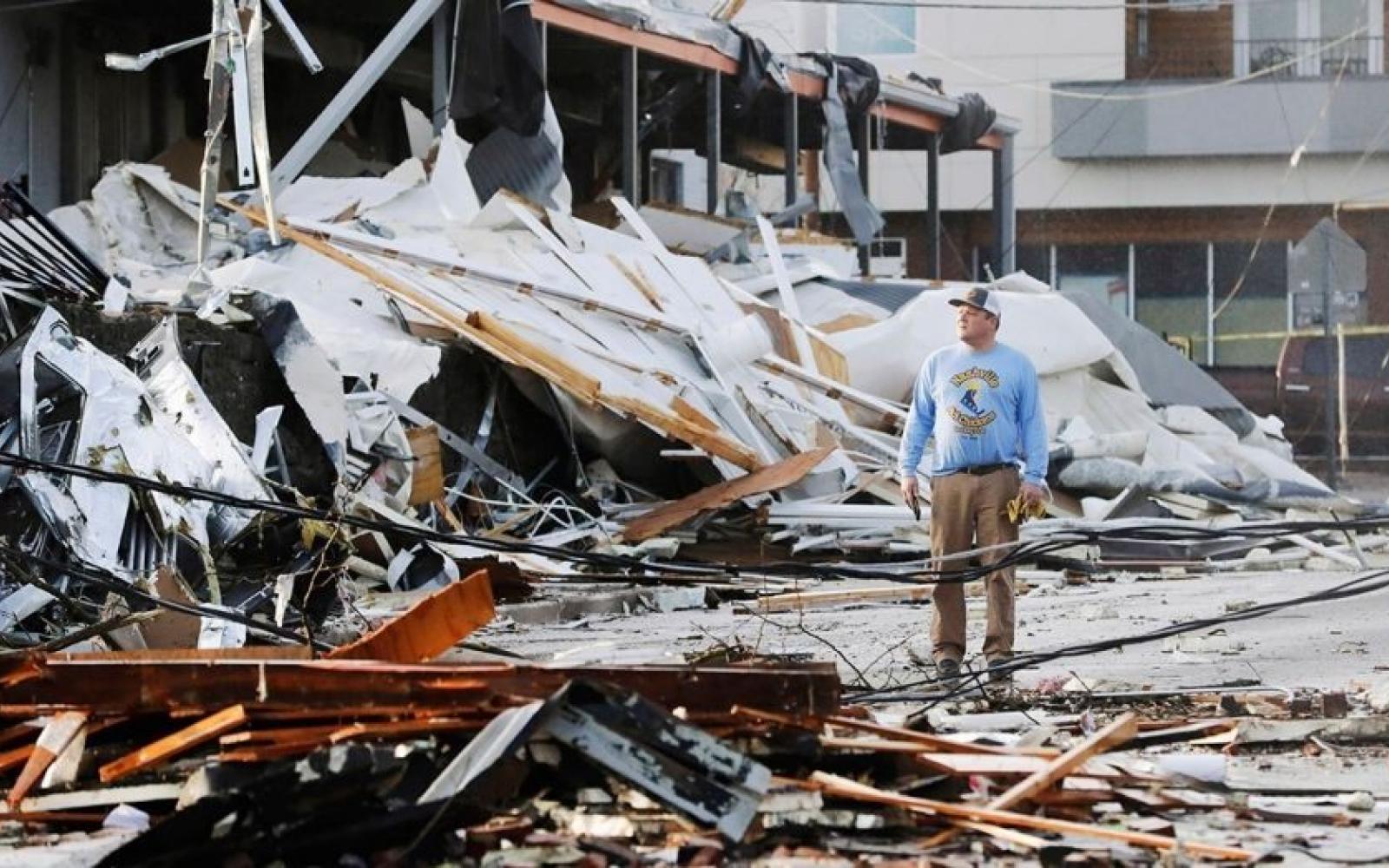 At least 19 people were killed, several others were injured and 50,000 households and businesses were left without power when a tornado struck parts of Nashville and central Tennessee early Tuesday, officials said.

The deaths occurred in at least four counties, including Davidson, where Nashville is, and Putnam, Benton and Wilson, according to officials.

"We have had loss of life all across this state," Gov. Bill Lee, who declared a state of emergency, said. Besides those confirmed dead, some people are unaccounted for, he said. "There are folks missing."

The severe weather damaged dozens of homes and buildings, and as Tennesseans get ready to vote in Super Tuesday primaries, state officials were scrambling to ensure residents can still get to the polls.

At least 45 buildings collapsed in Nashville, and police said that there were multiple buildings with damage, primarily in the downtown and east precincts.

"Emergency responders are working to ensure persons can get out and secure the areas," police said.

"Last night was a reminder about how fragile life is," Nashville Mayor John Cooper, the congressman's brother, said at a press conference Tuesday morning. He added that rescue personnel in the city are continuing to examine collapsed buildings to ensure all residents are accounted for.

He described the tornado as a "massive act of nature."

"There was no stopping that," the mayor said, referring to an AutoZone store that is now "missing."