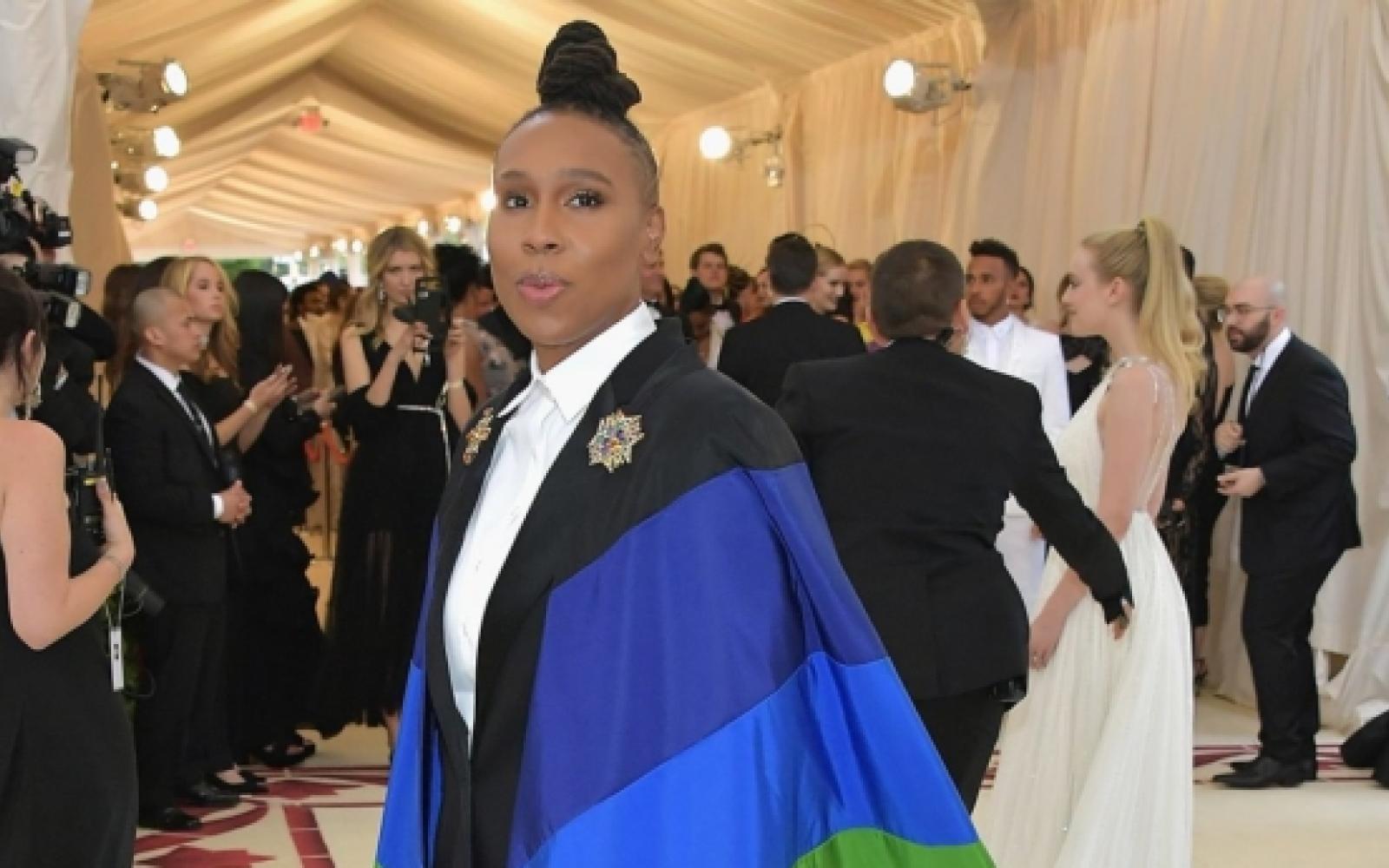 For a Met Gala theme centered around religion, Lena Waithe managed to inject the red carpet with a little bit of politics tonight. The openly gay actress and writer lit up Twitter by wearing a rainbow cape by Carolina Herrera (now helmed by designer Wes Gordon) – and we just can't help but slow clap.

Of her colorful train (worn over a sharp suit), Laithe told onlookers, "It's like my skin. I'm proud to be in it and put the community on my back to make sure they know I got 'em all the time." As if sporting the official flag of the LGTBQ+ community on her back wasn't defiant enough, the The Chi creator added that she interpreted the event's Catholic theme as a message to "just be yourself. It's not about church or Catholicism — you were made in God's image. So, that's how we rockin' tonight." In 2016, Waithe attended the Essence Black Women In Hollywood awards and urged LGBTQ+ people of color to come out.

It's no secret that the Catholic Church has its qualms with homosexuality. Even the smallest gesture towards acceptance would be a huge step toward a more progressive relationship with the LGTBQ+ community. But grass is still green and the sky is still blue, so until that day comes, we're following Waithe's moves and draping ourselves with every color in the Crayon box.

On a night when fashion takes center stage, and most of Twitter is critiquing whether or not celebrities adhered to the theme or went rogue, moments like Waithe's bold Hererra number are a welcome reminder that fashion can bridge the gap between church and state. And it can look chic as hell, too. 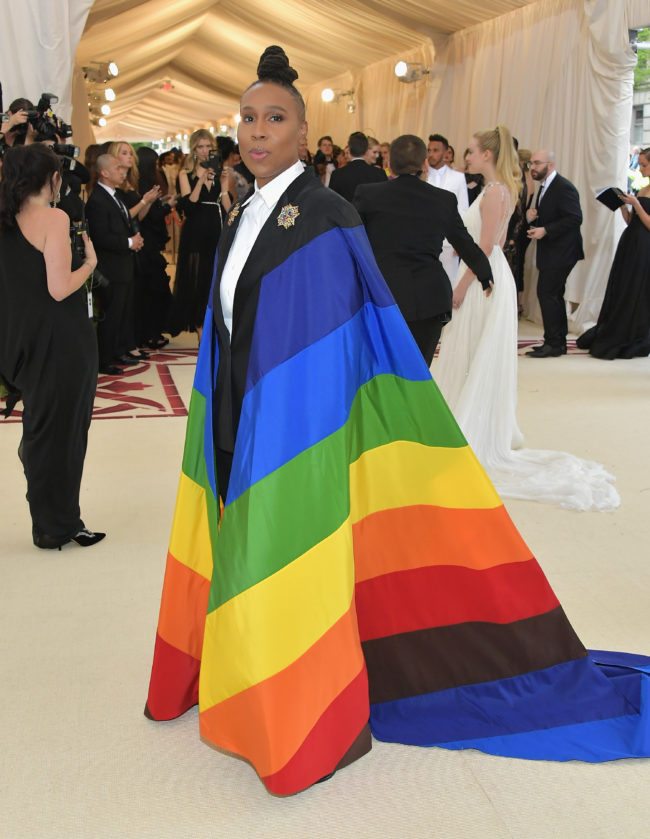 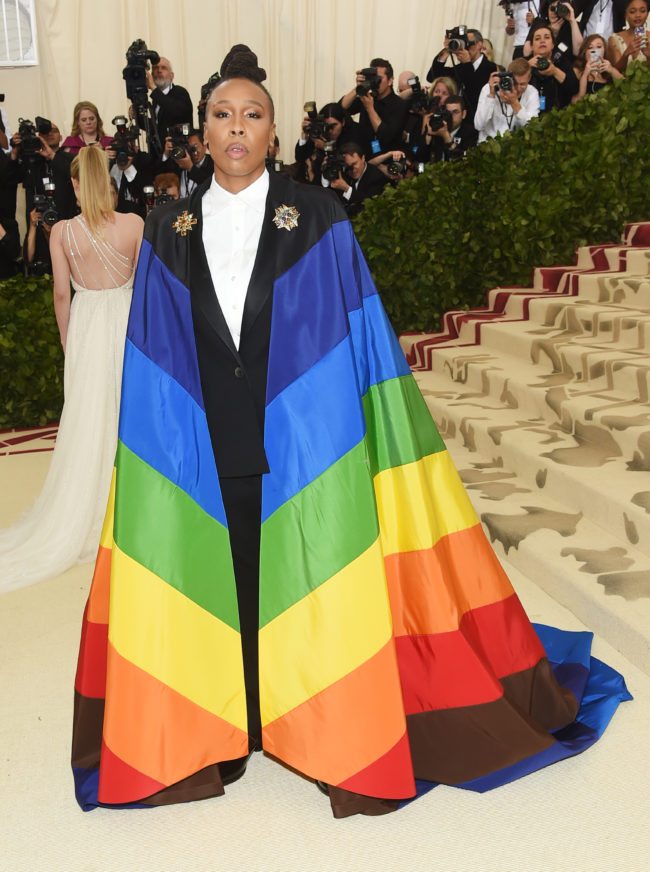