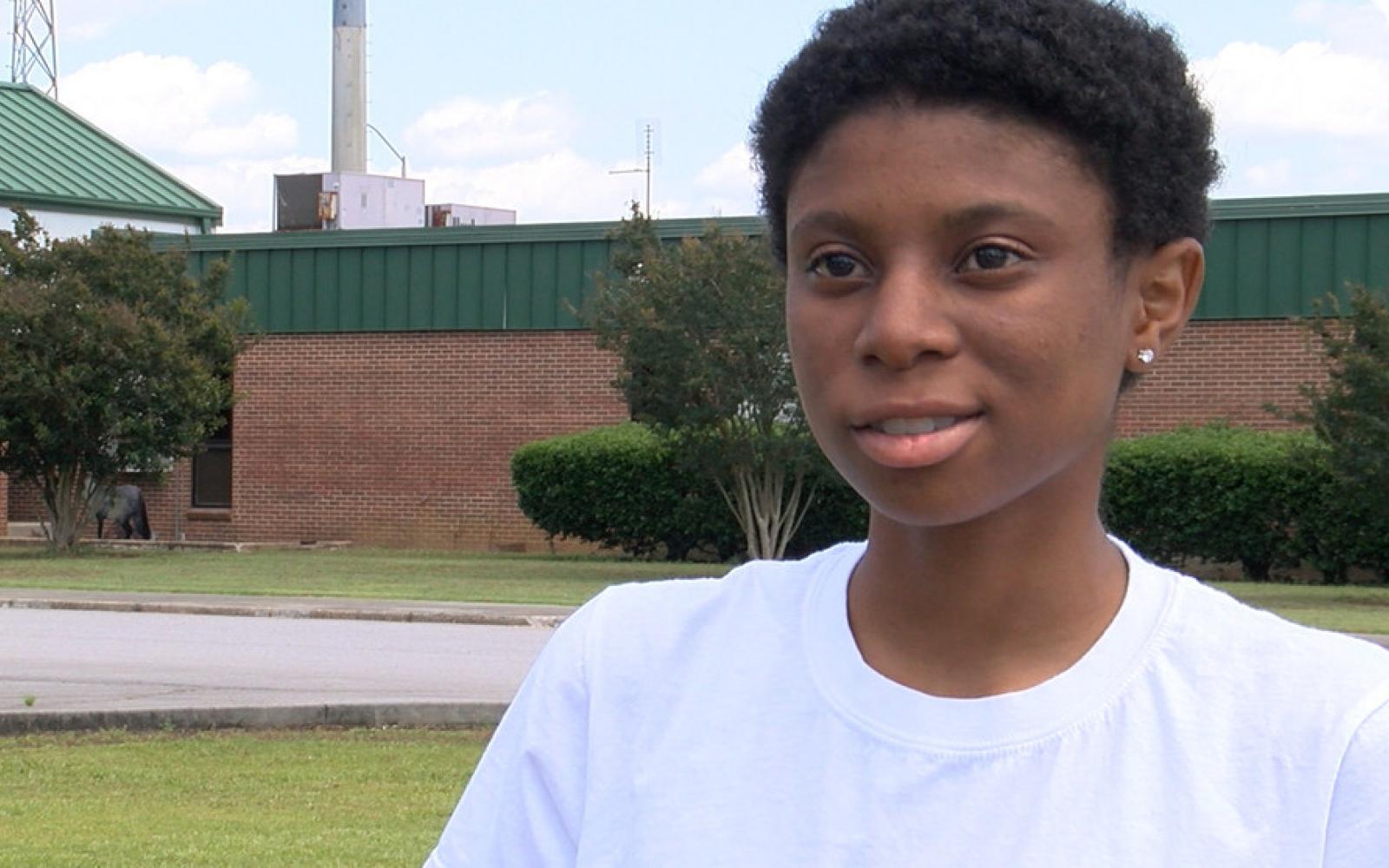 While other schools across the nation aren't able to hold an in-person graduation because of the coronavirus pandemic, the school was able to find a way to still have a ceremony.

On Tuesday, Clark was getting prepared to walk the stage and become an official high school graduate. But before she was able to take her seat she was told she was not allowed to walk because of what she was wearing-- pants.

Being openly gay, she wanted to feel comfortable in her skin as she experienced this once in a lifetime moment.

The school, not the county, had put in place a dress code for the event which required girls to wear a dress. For Dynasia, she wasn't expecting the school to stop her.

"I didn't think it would be that big of a deal, because we're already here, we're already fixing to walk but now I can't go because of a dress code," Clark says.

Realizing that school officials were not going to change their minds, she walked off the field.

"I was angry more than anything because we worked hard to even have a graduation and then I can't walk because I don't got on a dress," Clark says.

However, understanding the importance of this moment, she decided to stay and watch the ceremony from the other side of the gate.

"I was okay standing outside the gate watching them graduate because they're my classmates," says Clark. "I wouldn't want to just go home because I can't walk."

As names were being called to receive their diplomas, Clark was ready to hear her name to acknowledge all the hard work she put in the past four years.

But it was never said.

"That was the part that made me more mad than anything because I was there you could have least called my name," says Clark. "It seems crazy to me. It seems stupid, like petty because it was just an outfit to me."

Even after the ceremony, Clark still couldn't believe what had happened.

"It shouldn't have stopped me from doing something what I have been waiting on for 12 years-- I went to school. Everybody be happy for their graduation day and I couldn't even experience that" says Clark.

After reaching out to the Darlington County School District they sent me the following statement:

The Lamar High School dress code for graduation has been in place for more than 20 years. We welcome students or parents who have concerns with any policy or procedure to meet with administration and discuss those concerns. In the past, when a student raised concern with the administration about the dress code prior to graduation day, the issue was addressed
Clark went on to say people should not be judged by their looks or what they wear, but by who they are and their personality.