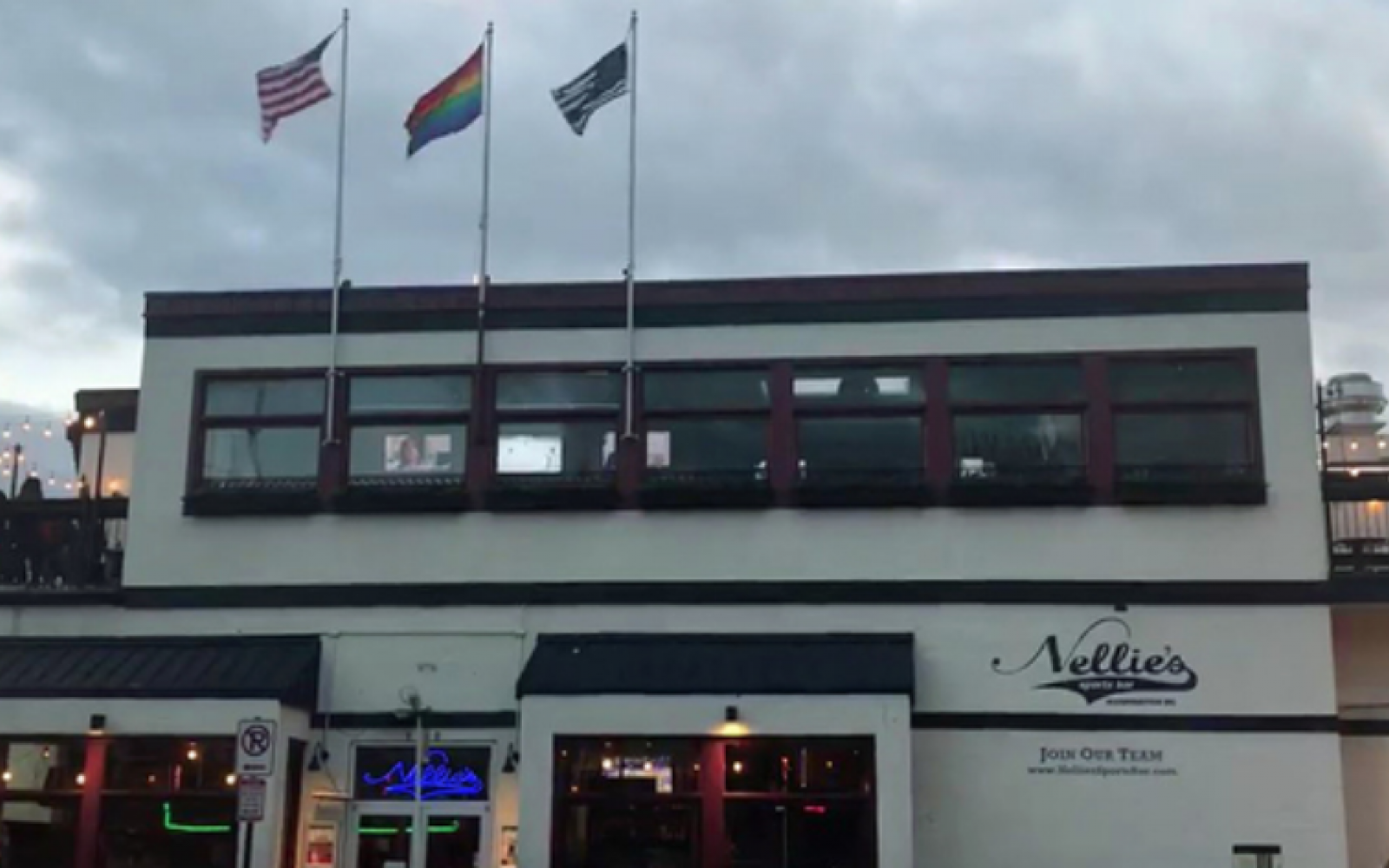 The flag, which the bar says was raised for LGBT police officers attending a meeting "in a welcoming space," was "promptly removed," but has since been met with criticism.

One woman, who posted a video of the flag above the bar called the action "abhorrent" and said "they are complicit and even celebrating the murder of black people by police."

Others have responded with similar views, while others say that support of police and "Black Lives Matter" are not mutually exclusive, including police officers who are people of color or members of the LGBT community.

In response, Nellie's wrote a post on social media Saturday:

"Soon after the flag was hoisted, we learned from our customers and the community that this flag is also used to undermine the work of the Black Lives Matter movement, and we promptly removed it. We in no way meant to state that we are opposed to the Black Lives Matter movement, especially in the wake of Stephon Clark's tragic death and the disturbing new facts coming to light in the Alton Sterling case.
We now understand that flying this flag -- at this point in time, in particular -- was at best tone deaf, and at worst offensive. We sincerely apologize to our customers and our neighbors for this egregious mistake, and want to assure you that this flag will never fly at Nellie's again. What it represents to you is not what we want to represent, or what we want our bar to be."