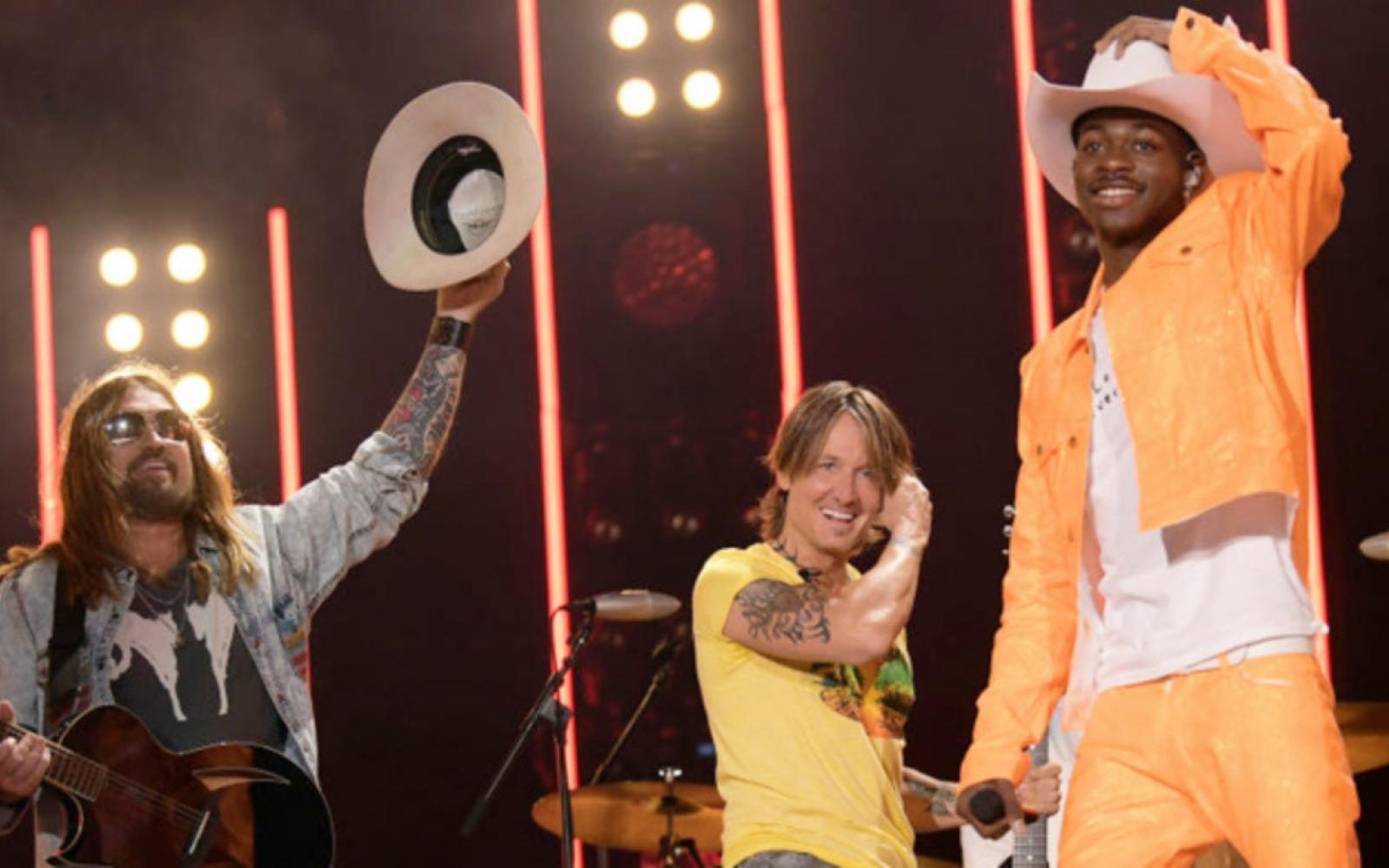 Lil Nas X and Billy Ray Cyrus’ “Old Town Road (Remix)” has been nominated for Musical Event of the Year at the 53rd Annual Country Music Association Awards.  This makes him the first openly gay artist to be nominated for the award.  The song’s producer YoungKio is also up for the award, as are Nine Inch Nails’ Trent Reznor and Atticus Ross, whose “34 Ghosts IV” is sampled on “Old Town Road.”

Check out the full list of this year’s nominees at the Country Music Association’s website. The 2019 CMA Awards air on ABC on Wednesday, November 13 at 8 p.m. Eastern.

“Old Town Road” first gained notoriety earlier this year when it was removed from the Billboard Hot Country Songs chart because, a representative for Billboard said in March, “it does not embrace enough elements of today’s country music to chart in its current version.” Billy Ray Cyrus was subsequently added to the track, and “Old Town Road (Remix)” quickly reached No. 1 on the Billboard Hot 100, ultimately setting a new record for most consecutive weeks at the top.