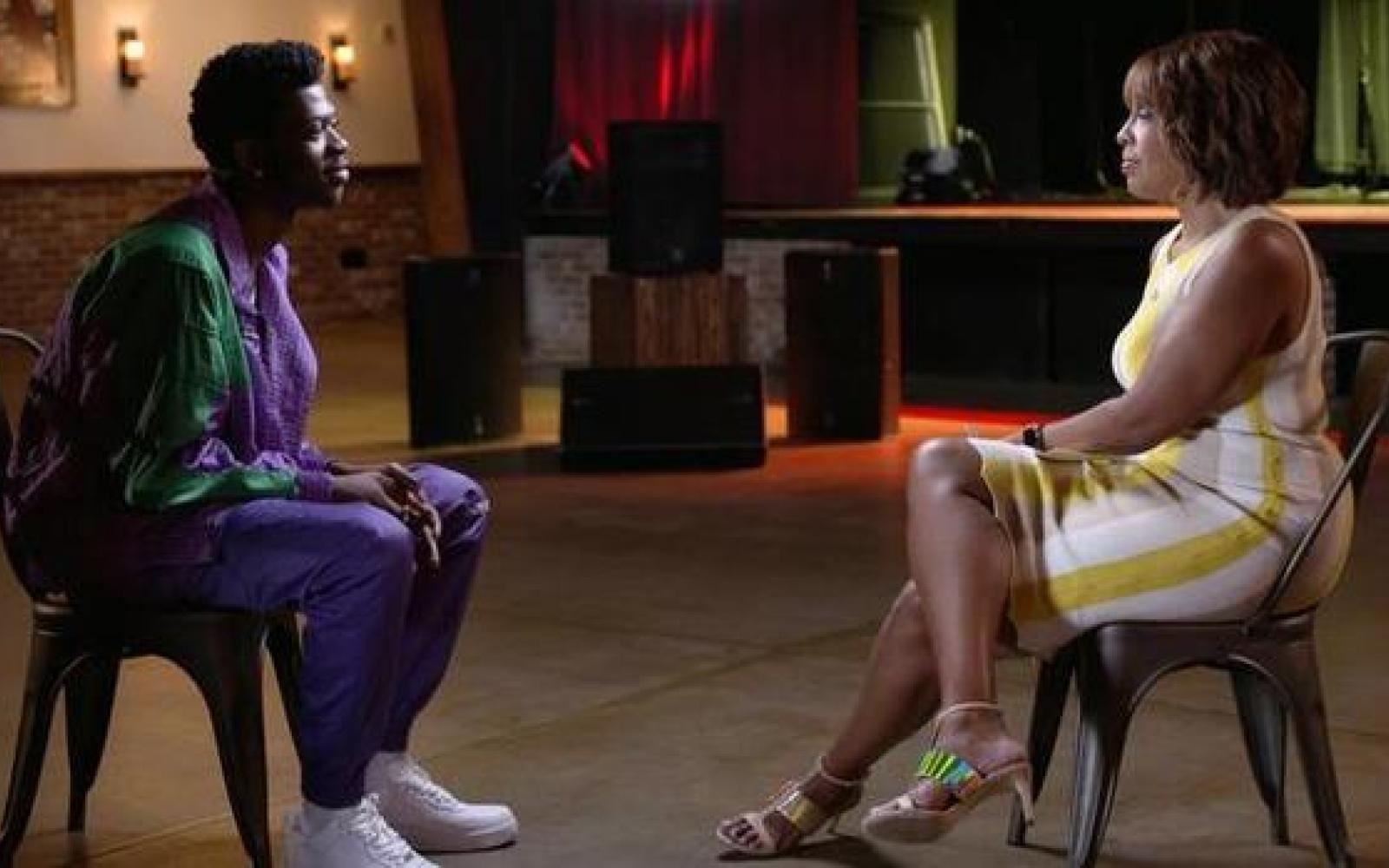 Lil Nas X, who shot to fame earlier this year for his hit song "Old Town Road," is opening up about the challenges of coming out. The 20-year-old rapper whose viral sensation broke Mariah Carey's Billboard record for a most weeks at No. 1, revealed he is gay this summer with a different song called "c7osure."

In a preview of his interview with "CBS This Morning," he tells Gayle King that as a teenager he prayed his feelings were just a phase.

Gayle King: Did you know as a little boy that you were gay? Did you think that as a youngster while people were telling you it's not a good thing, were you thinking, "Yeah, but I think I am?"

Lil Nas X: Yeah, definitely. I knew, especially, like, around my teenage, like, years. You know, I would just, like, you know, pray, pray, and pray and—

King: What were you praying for?

King: That it would go away?

Lil Nas X: Yeah, it would go away.

King: I'm good with it, but I'm not gonna tell anybody, yeah.

Lil Nas X: Yeah, I mean, 'cause me being in this position, like, it's easy for me. But, like, some little boy 10 miles from here. It's not gonna be good for him. Yeah.

King: But don't you think you coming out could probably help others who are struggling the way you were struggling with it?

Lil Nas X:  I think it's gonna always help, you know. It's gonna, we still have a long way to go, because it's not, like, everybody, is, like, messing with me now. 'Cause of course, you know, somebody who's, like, listenin' to me in school right now, it's, like, you know, you listening to you're gay, 'cause you're listening to him. So it's, like, there's still a lot to be done, of course. But I do believe it's helping.