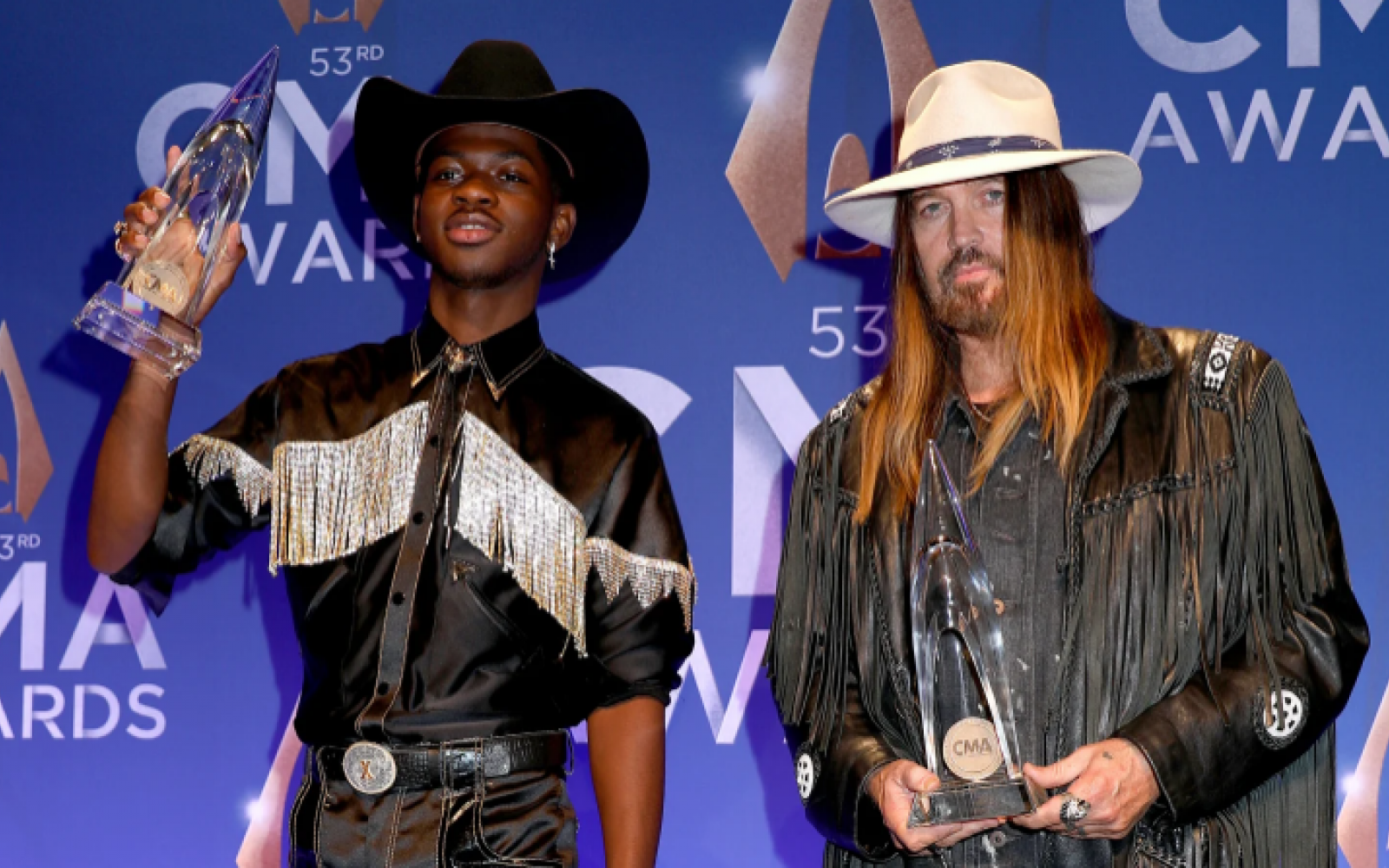 Lil Nas X is still having the best year ever.

“Old Town Road (Remix)” scored the 2019 Country Music Association (CMA) Award for Musical Event of the Year, which means Lil Nas X and Billy Ray Cyrus both took home awards on Wednesday night. Producers Trent Reznor and Atticus Ross of Nine Inch Nails, as well as YoungKio, will also receive statuettes since the award is typically presented to both the artist and producer.

According to Billboard, Lil Nas X made history, too, becoming the first hip-hop artist to ever win that award and the first openly gay artist.

“Old Town Road (Remix)“ beat heavy competition to win musical event of the year. The other nominees were Brooks & Dunn’s remake of their breakthrough 1991 smash “Brand New Man” (with Luke Combs), Garth Brooks and Blake Shelton’s “Dive Bar,” Maren Morris’ “All My Favorite People” (featuring Brothers Osborne) and Brantley Gilbert and Linsday Ell’s “What Happens in a Small Town,” which is currently No. 1 on Billboard’s Country Airplay chart.

The dynamic duo of Lil Nas X and Cyrus also performed their record-breaking hit song on stage during the awards ceremony, with a special appearance by Keith Urban.

Backstage during the winners’ press conference, Lil Nas X commented on the criticism, doubt and outright rejection he’s received within the country music genre, yet remained joyful regardless.

“I’m happy to go to any award show,” Lil Nas X said. “Just being here at this point in my life, not knowing where I was going to go to next … this last year [has been] amazing. It’s so much positivity within this community, too, so I love it.”