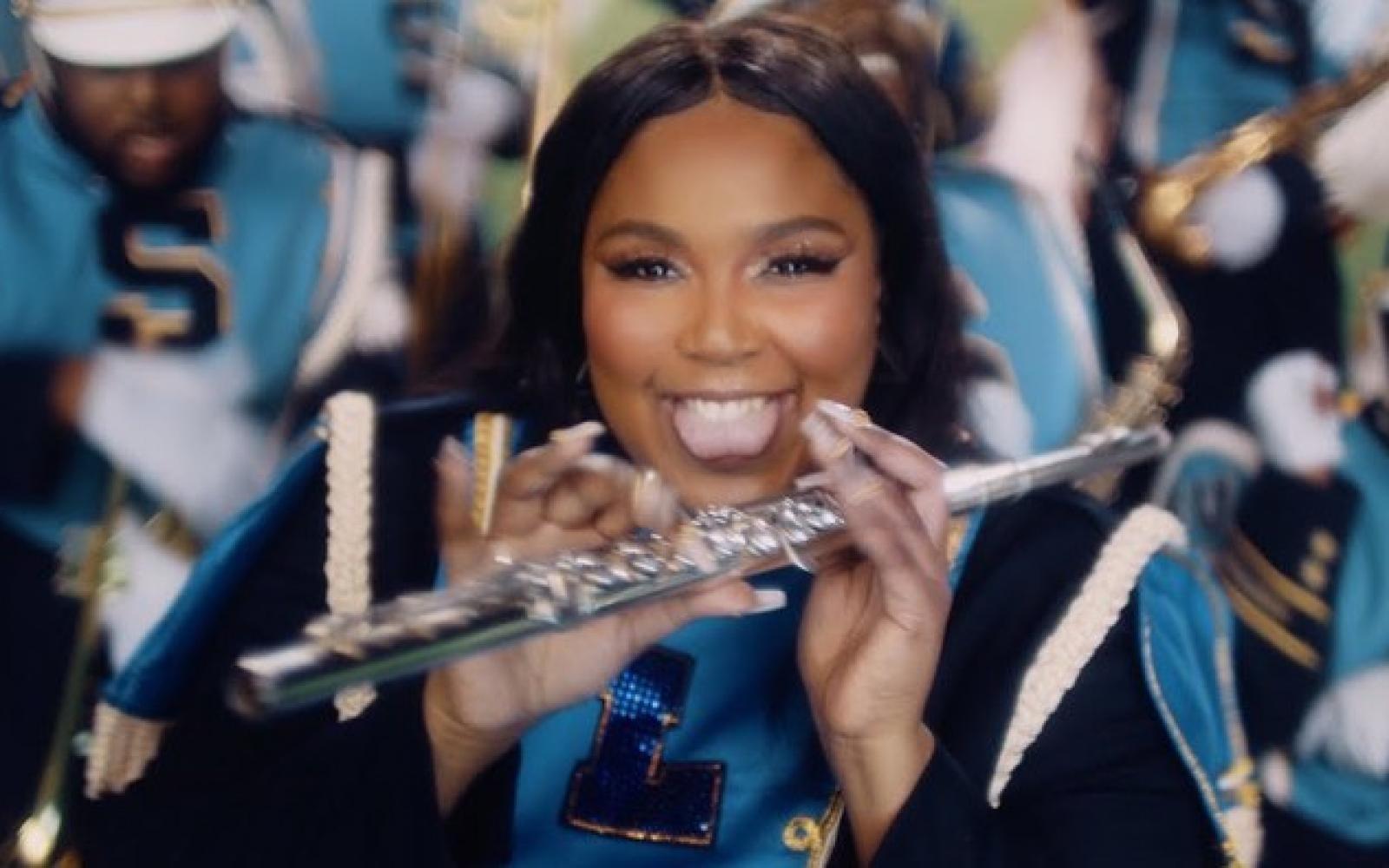 The new visual is set during Homecoming Week 2019 at Louisiana’s Southern University. The marching band students seem unable to pay attention in their regular classes in between scenes of diligent preparation for their performance. Meanwhile, one of the dancers seems to be heartbroken over her relationship, solemnly looking at a photo of her and her boyfriend while in the locker room.

Lizzo shows up during one of the rehearsals and is seen on the field, on the bus and in the classroom with the students performing her song, twerking, playing the flute and laughing. The video ends with her goofing off with the students in the band room.

“Good as Hell” was officially released in 2016 as the lead single off Lizzo’s major label debut EP Coconut Oil. While not a major hit at the time of its release, it was a fan favorite that would see various spikes over the years, like when it was used during an episode of RuPaul’s Drag Race in 2018. Renewed interest arrived after she performed the song at the MTV Video Music Awards along with Number One single “Truth Hurts.” It became bigger after Ariana Grande hopped on a remix of the single in late October.