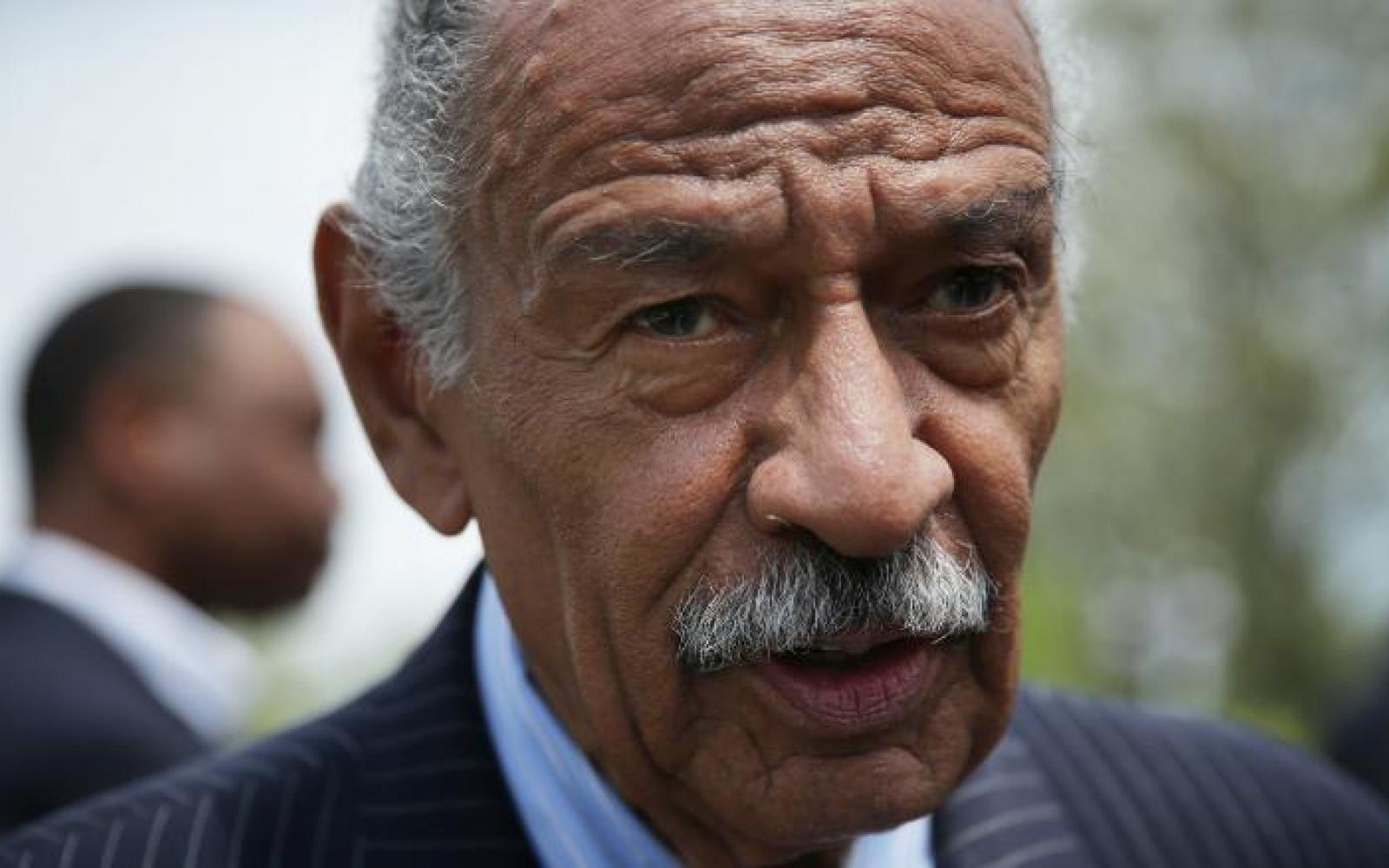 ong-serving former Democratic Congressman John Conyers Jr., who was a founding member of the Congressional Black Caucus and first introduced Martin Luther King Jr. Day as a holiday, but had to step down in 2017 amid allegations of sexual misconduct, has died. He was 90.

A family spokeswoman confirmed Conyers's death to CBS News, while two other people in touch with his family Sunday said that Conyers died in his sleep at his Detroit home of natural causes.

Congresswoman Rashida Tlaib, who was elected to his seat in 2018, called him "our Congressman forever."

"He never once wavered in fighting for jobs, justice and peace," Tlaib tweeted. "We always knew where he stood on issues of equality and civil rights in the fight for the people. Thank you Congressman Conyers for fighting for us for over 50 years."

Born in 1929 in Detroit, Conyers' father served as an international representative for United Auto Workers. Conyers served in the Korean War and returned to receive degrees from Wayne State University. Conyers served as an attorney for Detroit-area labor union chapters and went to work as an aide for longtime Democratic Congressman John Dingell in 1961 before winning his own seat in 1964.

Conyers arrived as a congressman in 1965, at the time one of only six black House member and while Lyndon Johnson was still president. He was a cosponsor of Voting Rights Act of 1965, according to Michigan Live. Upon the Supreme Court's vacating of the Voting Rights Act in 2015, Conyers called it "the first vote of consequence that I took."

Conyers traveled to Selma and worked with Martin Luther King Jr., who later wrote him a letter thanking him for his work there, according to Michigan Live. "Your very presence there has had an electric effect upon the voteless and beleaguered Negro citizens of this city, county, state and nation," said the letter.

"As a disciple of Dr. Martin Luther King Jr., I have always believed that non-violence is the best means to achieving equality," Conyers wrote in a Detroit Free Press op-ed in 2017.

After King was assassinated in 1968, Conyers introduced legislation to make Martin Luther King Jr. Day a federal holiday. He fought that fight for 15 years, reintroducing the bill every session until 1983, when it was signed into law by President Reagan.

Upon taking office, Conyers hired civil rights icon Rosa Parks, who had moved to Detroit several years earlier, to work in his office. She worked for him until she retired in 1988.

Conyers took a public role trying to quell the 1967 Detroit riots, taking a bullhorn to tell residents to go home. But the riots continued, and more than 43 people died and more than 1,000 were wounded. "The city was a powder keg — and at 3 o'clock in the morning on July 23rd, when police broke up a gathering at an after-hours bar on 12th Street with excessive force — they lit the fuse," Conyers wrote on the 50th anniversary of the riots.

Conyers was one of 13 black Representatives to found the Congressional Black Caucus in 1971. President Nixon refused to recognize the group, leading them to boycott the 1971 State of the Union address. Conyers was later discovered to be on Nixon's infamous "Enemies List."

Conyers served on the House Oversight Committee in the 1980s until 1995, when he served on the powerful House Judiciary Committee, becoming a ranking member and then chairman during the Democratic leadership from 2007 to 2011, until his retirement in 2017.

Conyers was caught up in ethical controversies, especially toward the end of his career. There was a problem with his petition signatures that almost kept him off the ballot in 2014, according to the Detroit News. The Ethics Committee investigated him for potential misconduct for a salary paid to former chief of staff, Cynthia Martin, for four months after she left his office.

And then sexual harassment allegations in 2017 shaped his last days in Congress. Conyers maintained his innocence, but later admitted that he paid a settlement to a staffer who accused him of sexual misconduct.

Another former staff member accused Conyers of sexual misconduct and filed a lawsuit, but dropped the suit when the court refused to seal the case. One accuser, Marion Brown, appeared on NBC's "Today" show to claim that Conyers "asked me to sexually satisfy him" in 2015.

Conyers "shaped some of the most consequential legislation of the last half century," Pelosi said at the time.

"No matter how great the legacy, it is no license to harass or discriminate. In fact, it makes it even more disappointing," Pelosi said.

As the pressure mounted for him to resign, Conyers was hospitalized for a stress-related illness.

"My legacy can't be compromised or diminished in any way by what we're going through now. This too shall pass," said Conyers on a local Michigan radio station when he announced his retirement.