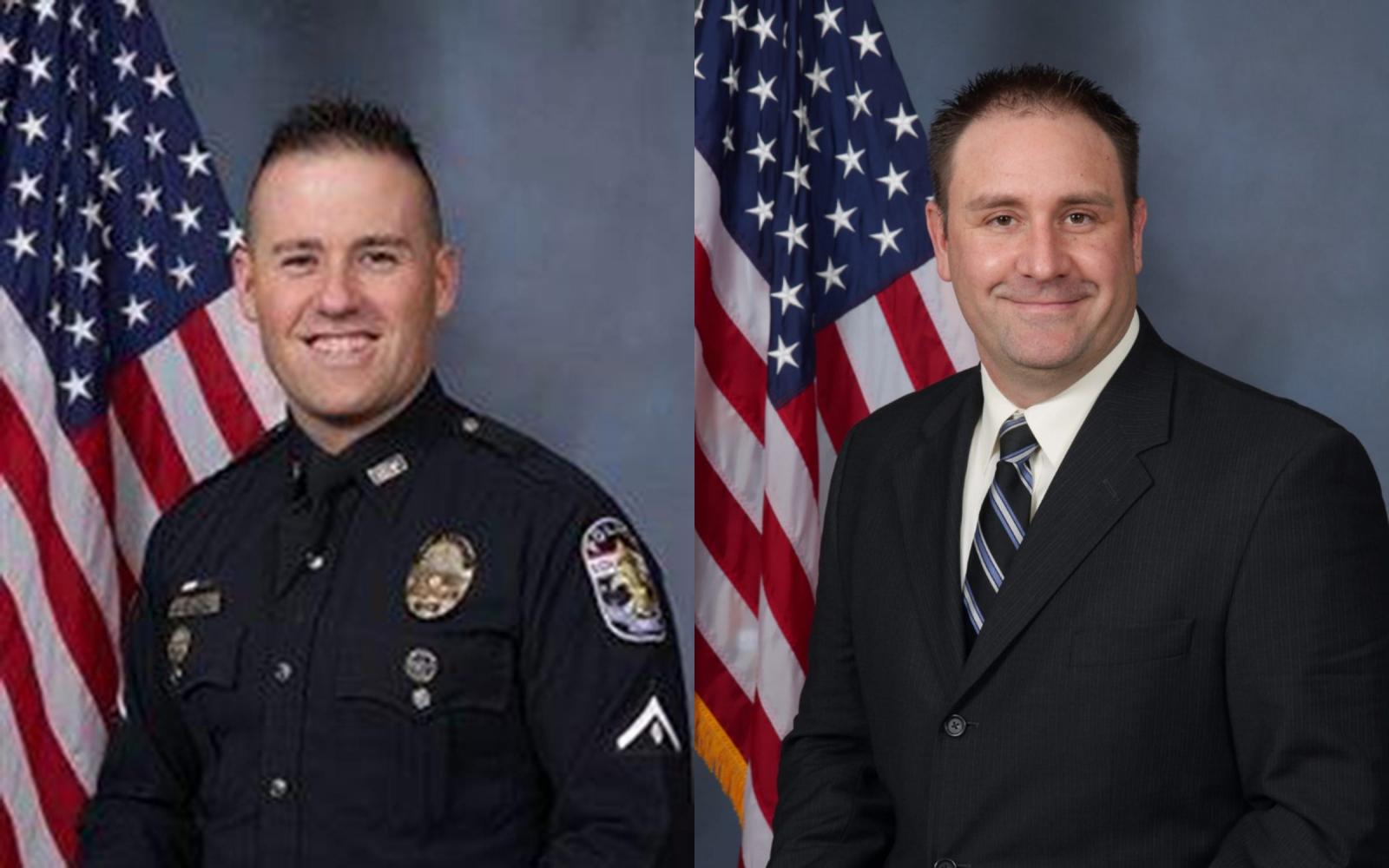 LOUISVILLE, Ky. — The Louisville Metro Police Department is seeking to fire two more officers in the police shooting of Breonna Taylor — one who sought the "no-knock" search warrant for her apartment and a second who fired the fatal bullet.

It's possible more officers involved in the raid or the connected narcotics investigation could face additional discipline. LMPD has not released its Professional Standards Unit investigation, which The Courier Journal previously reported included at least six officers.

In Jaynes' pretermination letter, Gentry said he committed "extreme violations of our policies, which endangered others."

"Your actions have brought discredit upon yourself and the department," she wrote. "Your conduct has severely damaged the image our department has established within our community."

Jaynes, an officer since 2006, has a closed hearing with Gentry and her staff Thursday morning.

"Detective Jaynes and I will show up for the pretermination hearing to try to convince acting Chief Gentry that this action is unwarranted," Clay said. "Jaynes did nothing wrong."

Gentry's decision comes just days before Mayor Greg Fischer has said he plans to announce his pick for Louisville's new permanent police chief. Gentry, an interim chief, has said she didn't want the position, and a nationwide search was launched this summer.

In an email sent Tuesday evening to the department's sworn officers, Gentry wrote that she "had to make some tough decisions."

"I believe my decisions have placed the responsibility for the actions taken in this case upon the shoulders of the people who I believe are ... responsible," she said. "To this point, every officer on this department has unequally borne the burden of decisions that you all did not make and had to work under conditions you did not create."

She added that the investigation was "nearly completed" and that she wanted to give time for impacted employees to be personally notified.

"Bringing closure to this case is important not only for the families impacted but for all of you to stop working under the cloud of suspicion," Gentry wrote. "Please continue to work hard, stay safe and know that I support you in your efforts to make this city a better place."

Lonita Baker, an attorney for Taylor's family, said Gentry made the right move.

"I think it's unfortunate that (former interim chief Robert) Schroeder and (former chief Steve) Conrad, both armed with the same information, did not, especially as it relates to Joshua Jaynes," Baker said. "That is the same action they very well could have taken as well and chose not to do."

Baker said it is her understanding that Sgt. Jonathan Mattingly, who also fired rounds that struck Taylor after he was shot, will not be terminated, which she called disappointing.