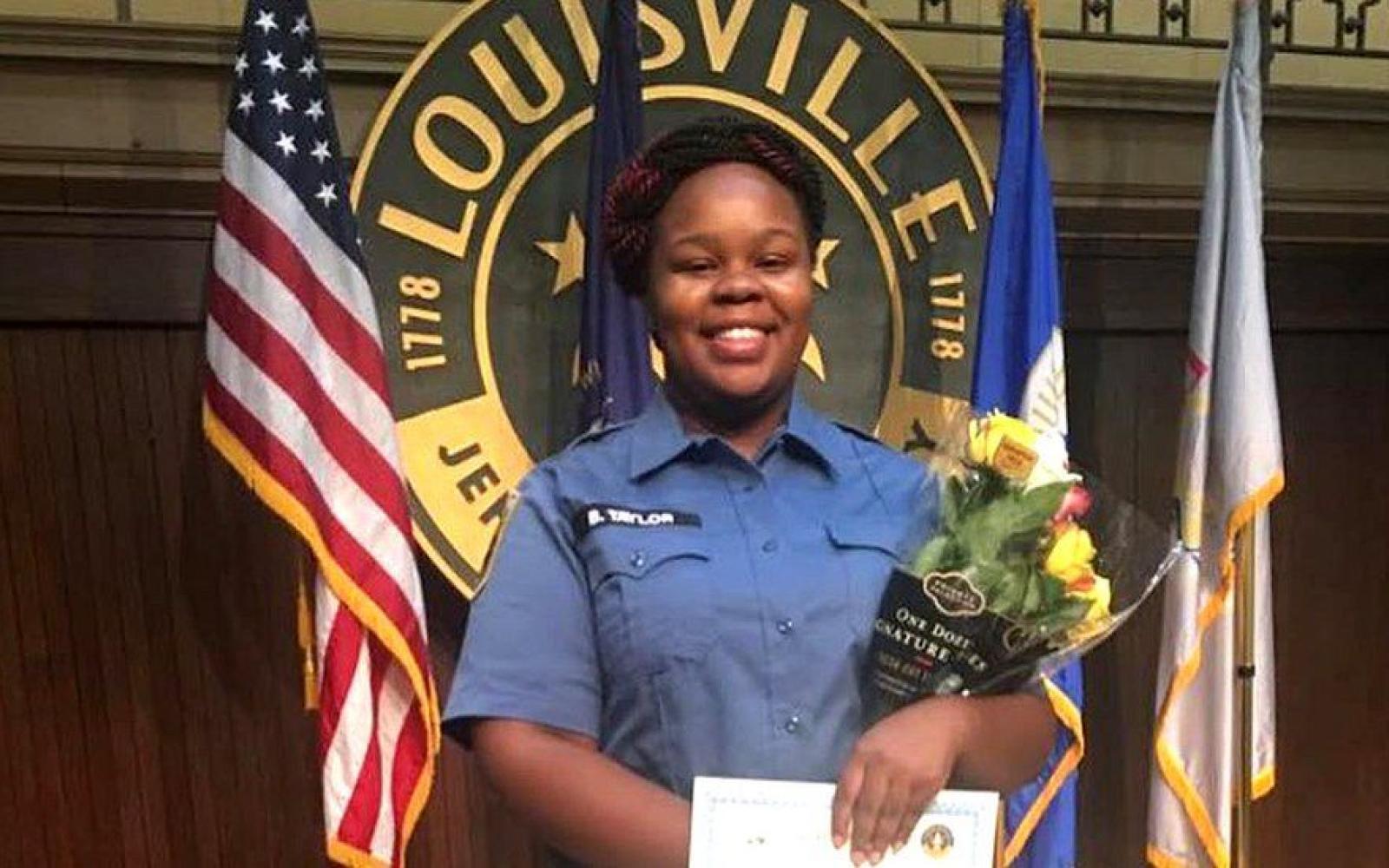 The city of Louisville, Kentucky, has reached a $12 million settlement with Breonna Taylor's family six months after she was killed in her home during a police drug raid.

Mayor Greg Fischer announced the terms of the settlement at a news conference Tuesday afternoon with Taylor's family and their attorneys, Benjamin Crump, Sam Aguiar and Lonita Baker.

The settlement does not require the city to admit any wrongdoing.

"It is just an acknowledgement of the need for reform and the need for a settlement to take place," Fischer said.

He described Taylor's death as a tragedy and noted that it had been 186 days since she was killed.

"Her death has ignited a movement in Louisville, in the nation, for racial justice, sending thousands into our streets and cities all across the country and the world," he said. "All crying out for justice for Breonna."

He said he was "deeply sorry" for Taylor's death.

"While we await a decision from attorney general Daniel Cameron on whether or not charges will be filed in this case, my administration is not waiting to move ahead with needed reforms to prevent a tragedy like this from ever happening again," Fischer said.

The settlement will include a range of police reforms, such as changes to the approval process for and execution of search warrants, a housing credit program to incentivize officers to live in certain low-income areas in the city and the expansion of random drug testing of officers. Additionally, social workers will be hired to assist with dispatched runs.

"It's important to note here, that a financial settlement was non-negotiable without significant police reform and that's what we were able to do today," Baker said, adding that there is still work to be done.

Baker thanked Fischer for committing to the reforms and said it is "unheard of" to reach an agreement of this type in a civil lawsuit.

Crump and Baker said they are still demanding that the Kentucky attorney general, who is leading the investigation, bring charges against the three white officers who shot into Taylor's apartment. At the very minimum, Crump said, they should face second-degree manslaughter charges.

"It has been so long getting to this day, where we could assure that Breonna Taylor's life wouldn't be swept under the rug like so many other Black women in America who have been killed by police, marginalized," Crump said.

He credited Sen. Kamala Harris, whose help he said he enlisted to bring attention to the case, with being the first national elected official to discuss Taylor's death on national television. He also applauded activists on the ground who continue to call for justice.

"Breonna Taylor is a light to help heal what is happening in America ," he said.

Taylor's mother, Tamika Palmer, filed a lawsuit in late April against three Louisville Metro Police Department officers, accusing them of wrongfully causing her daughter's death. The lawsuit alleged police used excessive force and the search was grossly negligent. In an amended complaint filed in July, Taylor's family claimed that the raid was connected to a gentrification project.

Palmer, who, along with her attorneys, wore a black mask with Taylor's name in white lettering, spoke briefly at the news conference.

"As significant as today is, it's only the beginning of getting full justice for Breonna," Palmer said. "We must not lose focus on what the real job is. It's time to move forward with the criminal charges because she deserves that and much more."

She said her daughter's "beautiful spirit and personality are working through all of us on the ground," and implored people to "continue to say her name."

Many people have used the hashtag #SayHerName to remember Taylor and other Black women such as Atatiana Jefferson, who was shot and killed in her home by a Fort Worth police officer in October 2019. The hashtag has helped to raise awareness about their deaths.

Officer Brett Hankison, who shot 10 rounds blindly into the apartment, where no drugs or money were found, was fired in June.

Officer Myles Cosgrove and Sgt. Jonathan Mattingly have been placed on administrative leave, along with the detective who requested the warrant.

None of the officers involved in the case have been charged.

Officers killed Taylor, 26, an emergency medical technician, after midnight March 13 while serving a no-knock warrant. Mattingly was shot in the thigh by Taylor’s boyfriend, Kenneth Walker, who said he thought an intruder was breaking into the home.

Taylor had no criminal record and was never the target of an inquiry.

Police were executing the no-knock search warrant in a drug investigation involving Taylor's ex-boyfriend, Jamarcus Glover, a convicted drug dealer. He had listed her apartment as his address and used it to receive packages, authorities said.

Taylor's case gained national attention after the death of George Floyd, a Black man who died after a white Minneapolis police officer kneeled on his neck for several minutes in May. Their deaths sparked global protests and calls for a national reckoning over racism and police brutality.

Many celebrities, including NBA star LeBron James and media mogul Oprah Winfrey have called for the officers involved in the case to be charged. Winfrey ceded the September cover of O: The Oprah Magazine to Taylor. Winfrey also had 26 billboards put up around Taylor's hometown of Louisville. Each billboard — one for each year of Taylor's life — demands justice and displays a quote from Winfrey: "If you turn a blind eye to racism, you become an accomplice to it."

In June, Louisville officials passed Breonna's Law. The measure banned the use of no-knock warrants, which allow police to forcibly enter people's homes without warning.