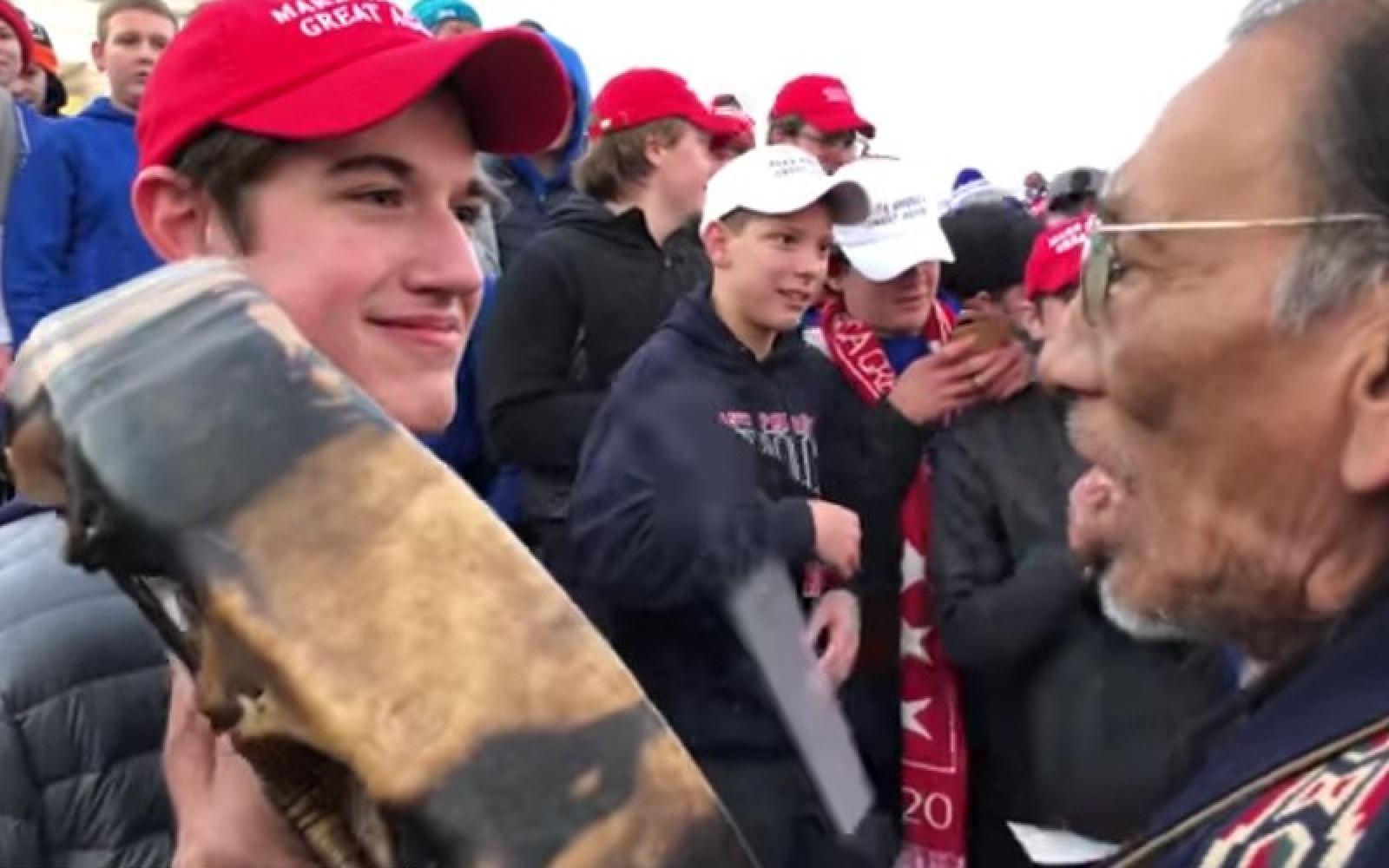 Multiple videos have surfaced since Friday showing a group of teenage boys crowded around attendants of the Indigenous Peoples March. In the footage of the encounter, many of the boys are wearing Make America Great Again hats, and can be seen laughing at and imitating a Native drummer. One boy even stands directly in front of the drummer, as close as he can get, staring the man down for several minutes.

The boys are reportedly from the all-boys Covington Catholic High School in Kentucky, though according to the Cincinnati Enquirer there's no confirmation for that yet (the Enquirer did report that the school's website announced students would be traveling to D.C. for the March for Life). According to Indian Country Today, the man in the video is Omaha elder and Vietnam vet Nathan Phillips. The Indigenous Peoples March is neither a partisan nor explicitly anti-Trump event.