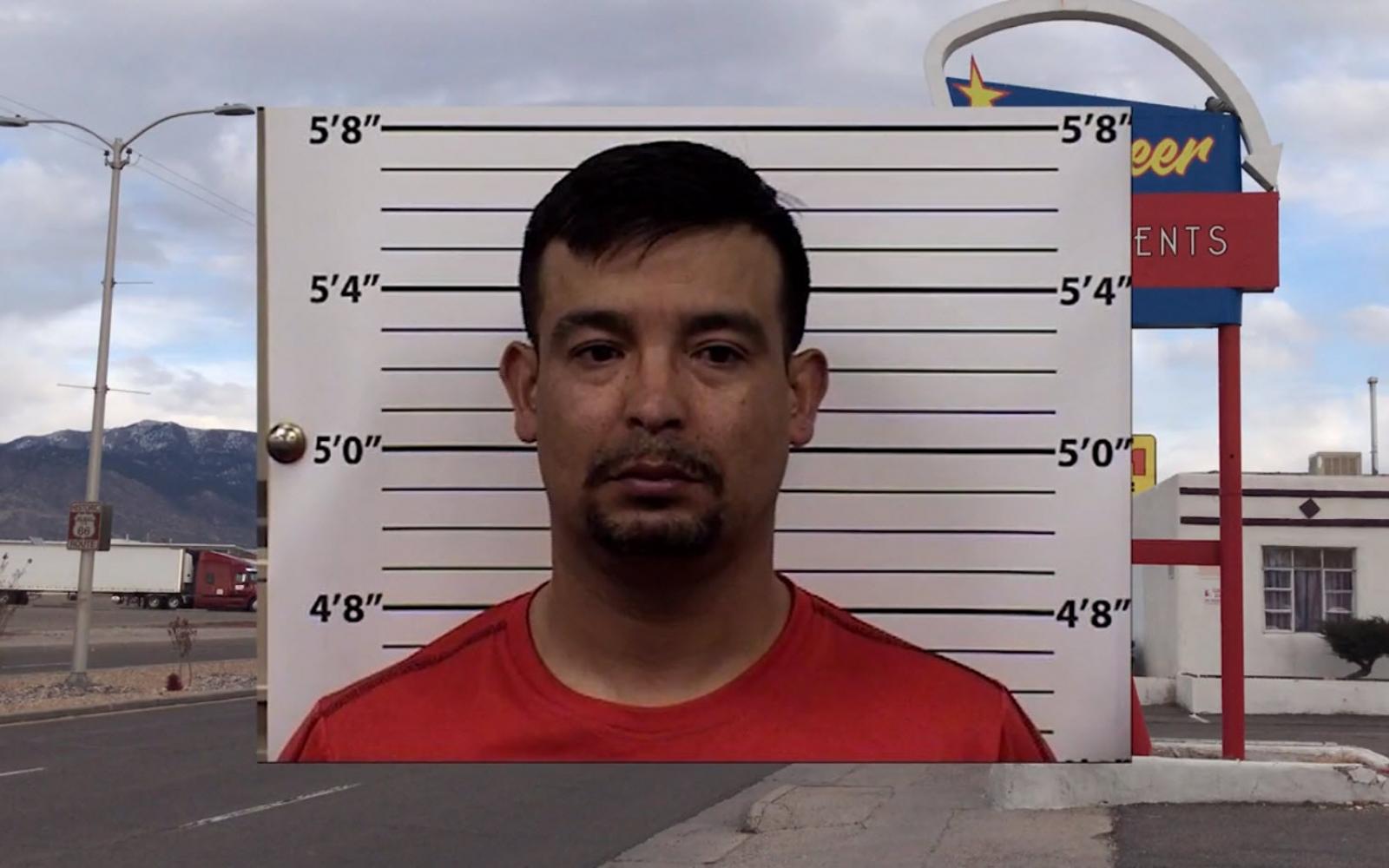 A man was arrested during a prostitution sting in southeast Albuquerque on Tuesday.

According to a criminal complaint, 36-year-old Dominic Calderon rode a bicycle up to an undercover APD officer posing as a prostitute in the area of Central and San Pablo SE. The complaint states after agreeing on terms and a price, Calderon asked for the officer’s phone number because he wasn’t going to have enough money until Friday.

That’s when the undercover officer noticed Calderon was carrying a “To-Go” bag from Chili’s. The officer asked what was in it and Calderon told her it was a hamburger. The officer then told Calderon her fee could be the burger. Calderon agreed and was arrested.

After officers ran Calderon’s information, they found he was a sex offender on probation. Police say Calderon’s status was confirmed by the probation office and his probation was revoked and upgraded to a felony warrant.

Calderon’s arrest is one of 11 different prostitution arrests all made on January 28 along Central Avenue. The hamburger was tagged into evidence.