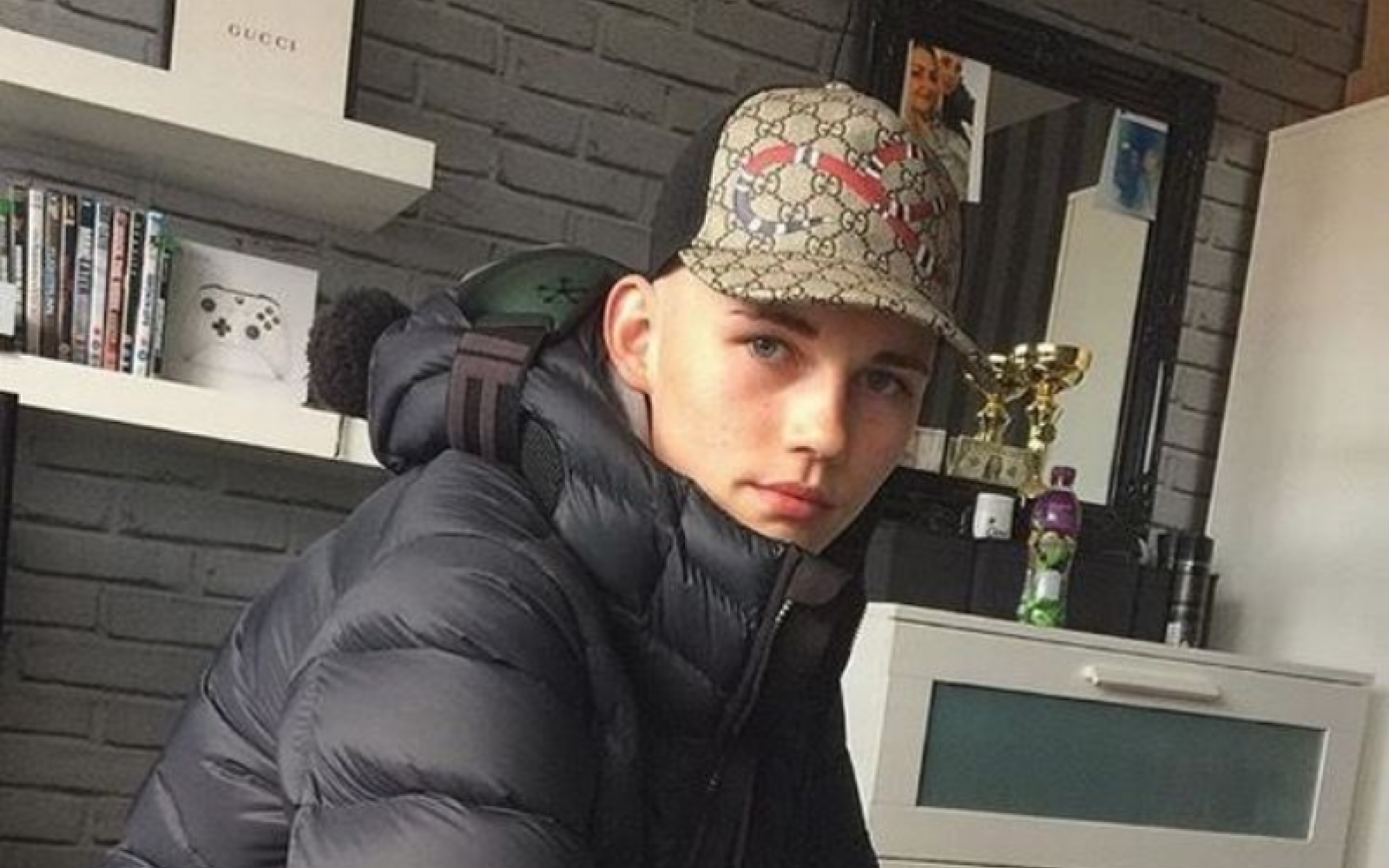 Police say a veteran was attacked and had a knife put to his throat while tied up on his bed.  The incideent started after his male lover who also had a girlfriend - feared their relationship would be revealed.

Dylan Upton, 21, had a long-term girlfriend but was also dating a man, having a drug-fuelled relationship with an older Army veteran after the pair met on Grindr.

Their relationship had been a happy one for about six months, until Upton returned to the man's apartment late at night after attending the Parklife festival.

Upton assaulted the man as he lay face down and bound by his wrists and ankles, then ransacked his home, stealing items including a 'priceless' medal he earned for his service.

He threatened to 'destroy his life' and forced him to say 'I am a pervert', while Upton recorded it on his phone, reports say.

Upton, who is from Collyhurst, has been sentenced to 11 years following the ordeal, which authorities say lasted for more than two hours.

After Upton returned to the man's apartment they had consensual sex, took drugs and drank alcohol together.

The following afternoon, on June 10 last year, the man went out to buy poppers, lubricant and alcohol, after being asked to by Upton.

After he arrived back home, about an hour later, Upton 'flipped' and became violent.

Authorities say that the incident was triggered by Upton finding pictures of the pair together, which he thought the man had deleted from his phone.

Upton's lawyer said he was very concerned about their relationship being publicized.

The man had initially known Upton as 'Marcus', but came to know his real name as he regularly put money into his bank account.

Upton initially asked the man whether he wanted to be bound by his wrists and ankles, which he thought was unusual but agreed to.

"It was then that he changed and became very violent," prosecutor Justin Hayhoe said.

Upton started punching him to the head and began strangling him, all while he was remained tied to the bed.

He accused the man of lying to him about photographs of them together, believing that they had been deleted.

It's thought Upton had looked at the man's phone while he had been out shopping.

Threats followed, with Upton saying he would get his friends to 'sort him out'.

Then Upton began to demand money.

A kitchen knife was put to his throat, and Upton threatened to kill him unless he handed over cash.

Upton also said he would get his friends to put 'petrol through his letterbox'.

He also used a smashed glass to 'instil fear' into the man.

Upton briefly left the room, which allowed the man to break free.

But when he returned, Upton pinned him to the bed and continued to attack him.

Upton demanded the keys to his safe, which contained his Falklands War medal, a laptop, foreign money and family photos.

The victim was told to crawl down the stairs, and was ordered to say 'I am a pervert' while Upton recorded him on his mobile phone.

He was then barricaded into a toilet, while Upton ransacked the house.

He cut phone lines, damaged the burglar alarm and carried out an untidy search of the property leaving it 'devastated'.

Upton left while the man remained in the toilet.

The victim said he lost consciousness at one point. His car was also stolen.

At first the man was reluctant to complain to the police, but a friend persuaded him to.

He suffered 20 different 'sites of external injury' during his ordeal, most seriously a cut lip which needed stitches and has left a permanent scar.

He also suffered bruising and cuts inflicted by the knife.

Initially Upton denied any knowledge of the man, saying he had a girlfriend and he didn't have a same-sex relationship.

But his DNA was found on a toothbrush at the victim's home.

In a statement read to the court by Mr Hayhoe, the victim said he has considered committing suicide since the incident.

"It's the last thing I think of at night," he said.

"When I eventually get to sleep it's the first thing I think of in the morning."

A doctor said he has post traumatic stress disorder as a result of the attack, and he is on medication.

The man said he lives 'in fear' and that he plans to quit his job and move away from Manchester.

He described Upton's behaviour as 'wicked' and 'inexcusable', and said he hopes the defendant will reveal what happened to his 'priceless' war medal, which has not been recovered.

Upton pleaded guilty to robbery and on Friday was jailed for 11 years and eight months.

He first appeared before the courts aged 12 for burglary, then as a 16-year-old for a racially aggravated incident at a shop when he told a man 'you don't belong in this country Pa** ba*****, go home'.

Defending, Amanda Johnson said that Upton suffered a 'complete loss of temper', and that he was 'very concerned about this homosexual relationship being in some way publicised or broadcast'.

He is 'very ashamed of what he did', Ms Johnson said.

She told the court that Upton, who had an apprenticeship with a rail maintenance company, witnessed domestic violence while growing up.

At the time of the incident he had 'spiralled out of control', had engaged in drug taking and 'risk taking behaviour', the barrister said.

A restraining order was imposed, preventing Upton, of Talgarth Road, Collyhurst, from contacting the victim indefinitely.