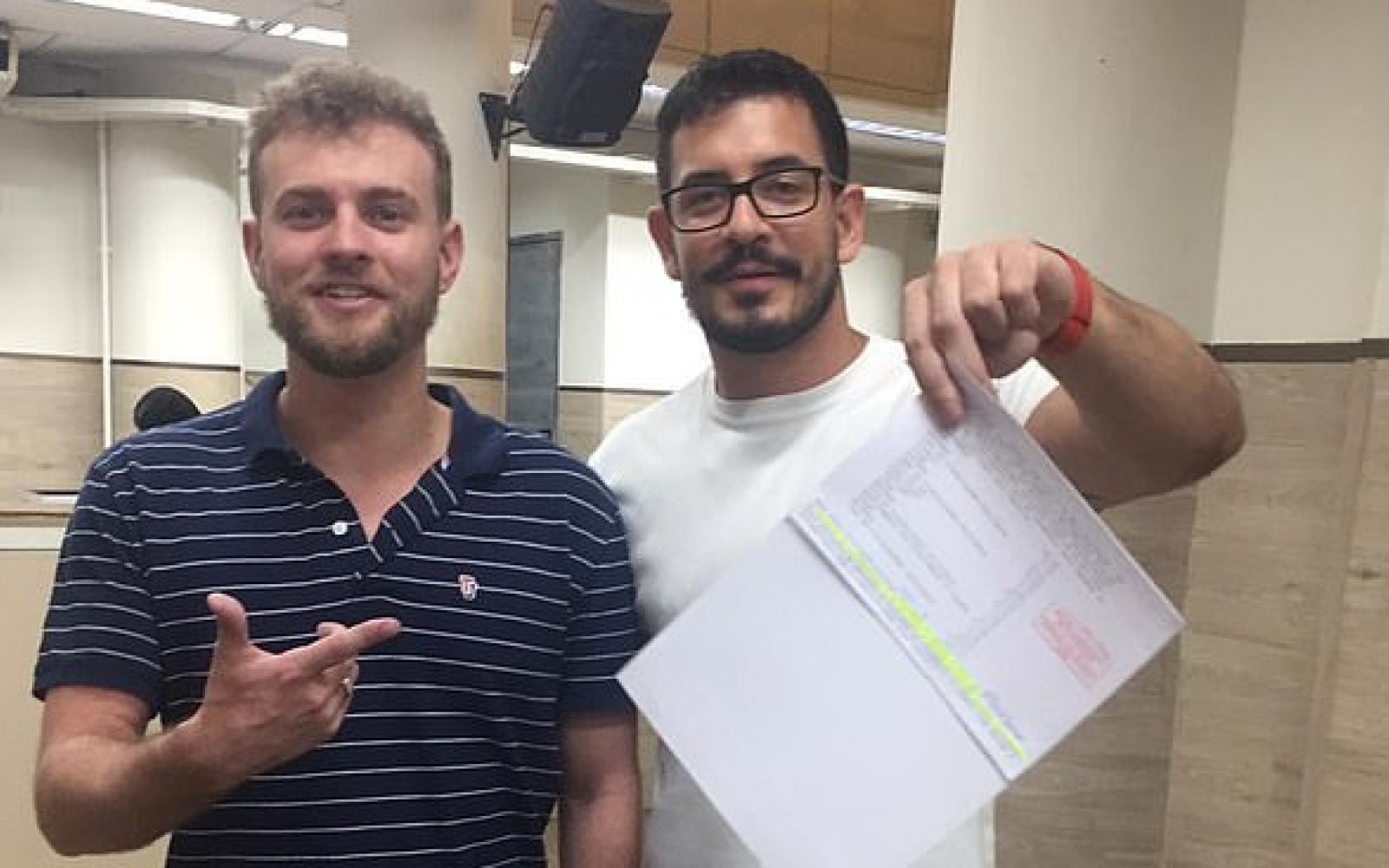 A heartbroken man has discovered his fiancé cheated less than a day before their wedding after he was put in isolation with his lover over fears they both have coronavirus.

Shocked teacher Matt Hillier, 28, from Warrington in Cheshire, was due to marry Brazilian doctor Octavio Santos on April 1 and had flown to Belo Horizonte for the register office ceremony.

But he discovered his fiance had been unfaithful after Octavio Santos, 33, was put into isolation with suspected coronavirus - and had to admit he was in lock-down with his lover, Nathan* - which is a false name.

'I am angry and bitter,' said Matt. 'He is a cheat and this is a total slap in the face.'

'I've moved to the other side of the world to start a life with this man. I've spent so much time stressing over organising our wedding so that it's perfect.

'I even flew my parents and sister out in February to hear the reading of our wedding banns and I've got everything ready for our ceremony at the beginning of April and this is how he repays me.'

Matt discovered the devastating news when Octavio went away on a long weekend to Rio with a friend last Thursday.

He was supposed to be going too, but had to stay behind because the AirBnb they'd booked wouldn't let them take Octavio's Jack Russell dog, Pico.

AirBnb changed their minds and said no dogs were allowed and we didn't have time to find anyone to take the dog in time,' explained Matt.

'I offered to stay in the apartment to look after the dog so that Octavio could have a good time. Nathan was a friend who we'd had a few drinks with on the odd occasion.

'I've been with Octavio for five years and thought I could trust him and I mistakenly thought Nathan and I were friends.

'I spoke to Octavio while they were away and was expecting them home when Octavio called.'

During the conversation on Monday, Octavio said he was feeling extremely ill with a fever and was shaking all over. He told Matt he needed to go straight to the hospital rather than returning home.

'I was really worried as it sounded like coronavirus,' explained Matt. 'But then his tone changed and he said he was very sorry, but that he had slept with Nathan.

'I told him I felt betrayed and that I didn't understand why he would do this. I just wanted him to come home so we could talk about it properly.'

But that wasn't possible because both of them were ordered into isolation for 14 days after having tests for coronavirus, which has killed seven people in Brazil. They are now staying in Nathan's flat where while they await the results.

'I am beyond furious,' said Matt. 'He is due out of quarantine the day before our wedding.

'I can't believe he cheated on me with this guy during their weekend away and now they are both quarantined together. I can't even call him to chat properly to see if we can sort this out because Nathan is in the room next to him.'

Matt and Octavio got engaged last year after meeting on a dating app in Spain five years ago.

At the time, Octavio was visiting Europe as a medical student and Matt was holidaying in Alicante.

When they left, they spoke over the phone every night and Matt flew to Brazil to visit him. Octavio proposed February last year after picking him up from the airport.

'I had just arrived and he handed me a gym bag and I thought this is weird,' Matt explained. 'He told me to open it and there were two rings in there. He said 'I want to marry you because I love you. It was romantic in its own way.

'I was looking forward to spending my life with him. He is gorgeous but he is also timid and tame and was always very charming.'

Matt moved to Brazil in January. His parents and sister flew out in February for the wedding banns. The couple planned to move back to the UK in two or three years where Octavio hoped to become a GP.

Now, Matt says he has no idea if he will marry the man he thought was the love of his life.

'For now the wedding is postponed and I don't know what the future holds,' he explained. 'I just want to see him in person and talk. I'm still too angry to think straight right now.'

He also feels guilty for being angry at Octavio because he's so ill.

'You are not meant to be mad at a sick person,' Matt added. 'He has a really bad fever and is sweating a lot and he is struggling to speak because his throat is sore.

'He is now being really apologetic and says he wishes we could go back to it just being me and him. But I don't know if I can forgive him.

'The whole world has been affected by coronavirus and so I have I - but not in the way I thought.'

'I thought I had my whole future mapped out but now it's been taken away from me. I won't let this destroy me, but it hurts like hell right now.'

Octavio commented: 'I'm sorry. It was a drunken mistake and as soon as I am fully recovered I want to be with Matt. I love him and miss him and want to make things right.' 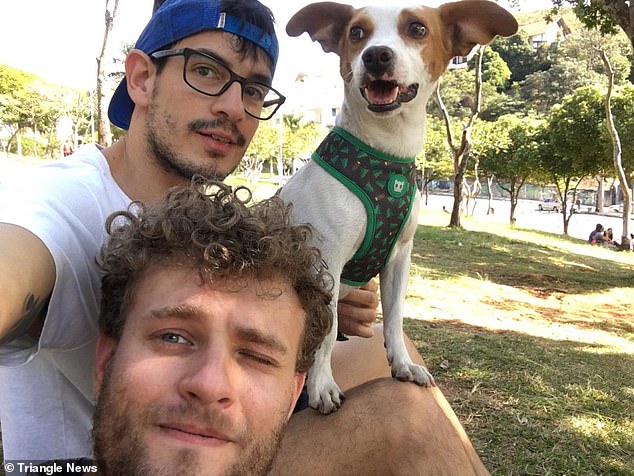 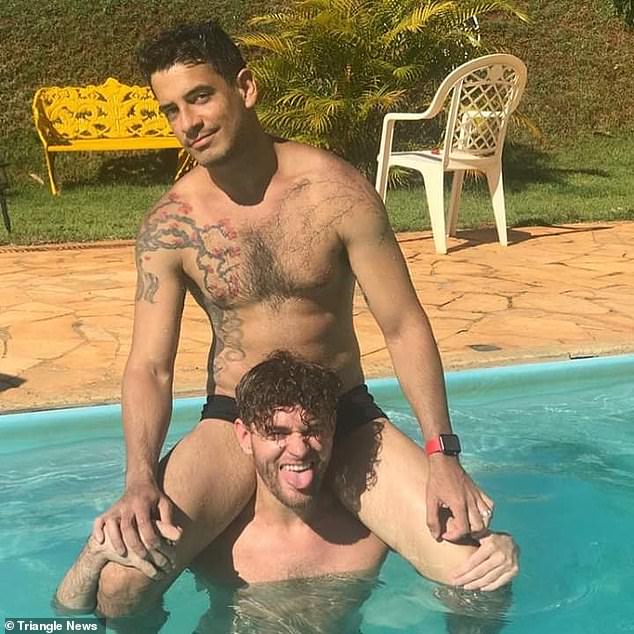