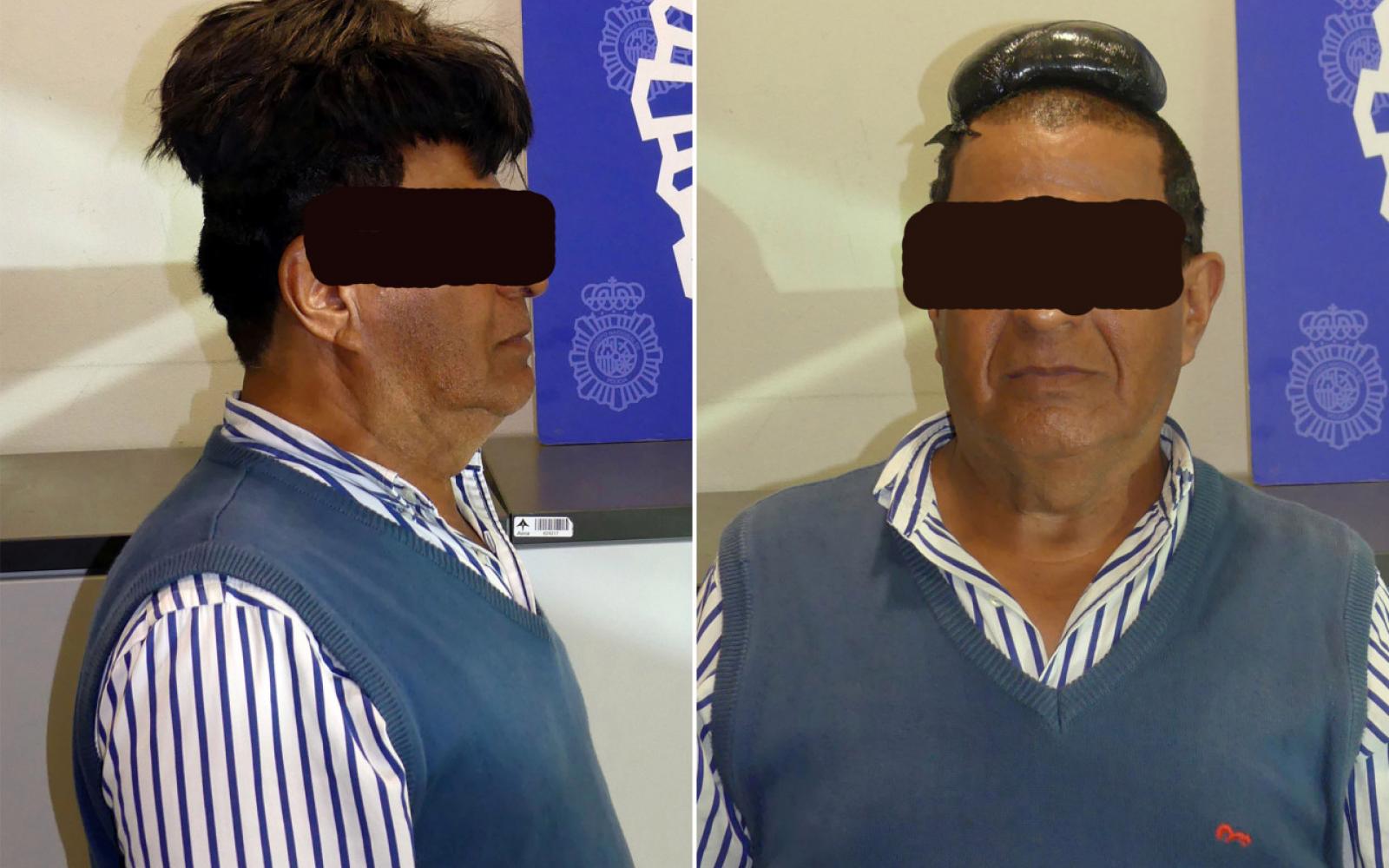 This is why we all need a friend that will tell us NO and the truth.  A friend would have stopped him and said, "this is not going to work" A Colombian man had a very bad hair day when Spanish police at Barcelona’s international airport discovered a half-kilo (1.1 pounds) of cocaine under his wig, according to reports.

The “considerably nervous” man, who arrived on a flight from Bogotá at the end of June, attracted officers’ attention because his hairpiece was of “disproportionate size,” authorities said Tuesday.

In what police have dubbed “Operation Toupee,” the officers found a “perfectly sealed package taped to his head” containing about $34,000 worth of coke.

“There is no limit to the inventiveness of drug traffickers trying to mock controls,” police said in a statement, which included a photo of the middle-aged man, who was still wearing the bulging wig.

Spain is an important European gateway to Colombian cocaine — with hauls from drug busts often running into tons.

But passengers acting as mules are frequently caught trying to smuggle relatively small amounts of the drug through the country’s airports, including Barcelona’s El Prat airport.

On one occasion, when officers in Barcelona discovered a package of drugs strapped to a Colombian man’s abdomen, he confessed that he had also swallowed 35 condoms filled with the drug.

Spain is the European Union’s sixth-biggest consumer of cocaine. The UK tops the list, followed by the Netherlands, Denmark, France and Ireland, according to the UK’s Guardian.

This is not the first time people have used wigs for such a purpose.

Four years ago, a woman was arrested at Madrid’s airport with 900 grams (31 ounces) of cocaine sewn into her wig, the news site reported.

In recent years, authorities also have found cocaine inside breast implants, hollowed-out pineapples, a wheelchair cushion, a plaster cast on a man’s leg and a 42-piece crockery set, according to Agence France-Presse.