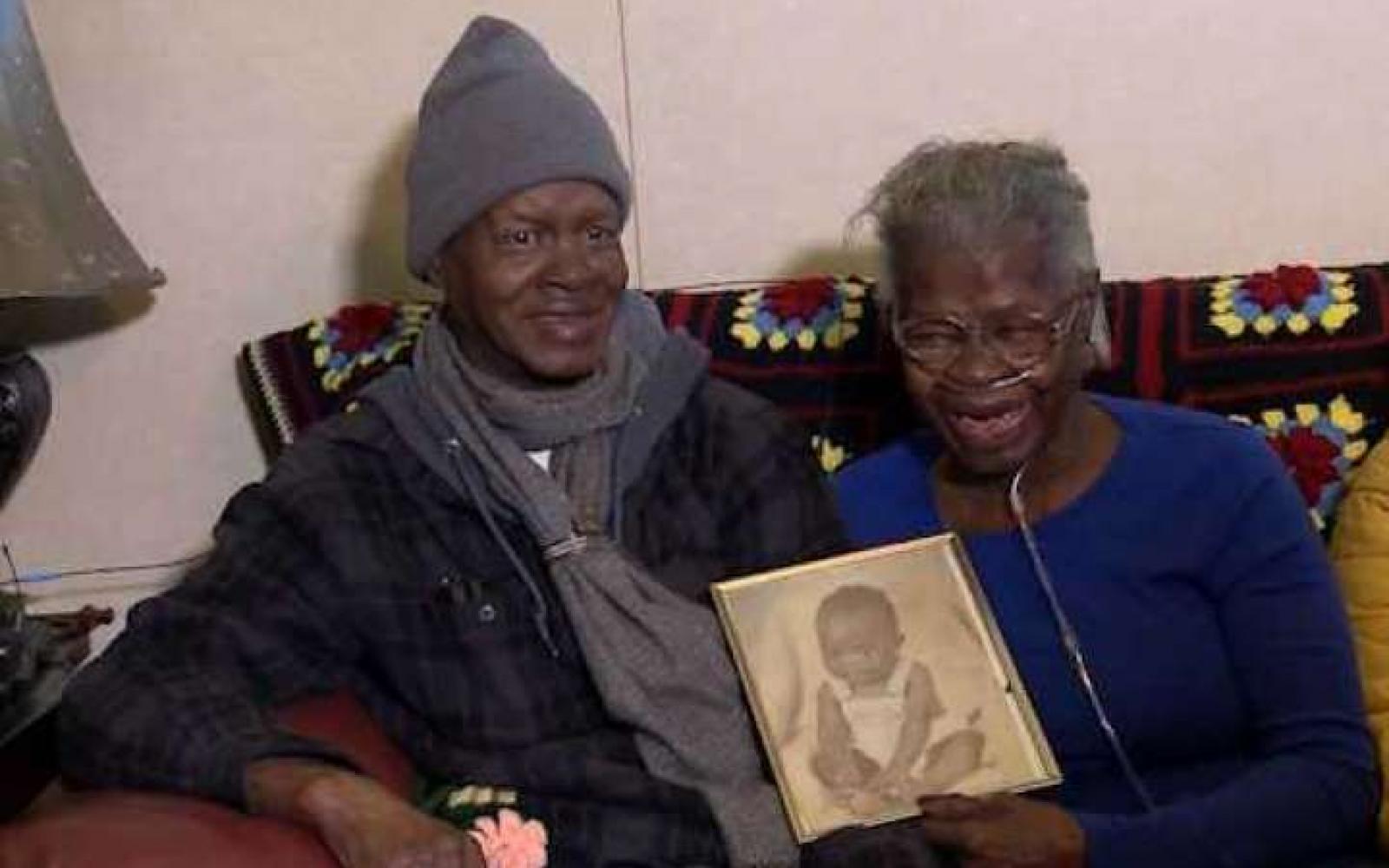 Anna-Mary Barnett became a mother as a teenager in the 1960s.

When she headed to work, she typically leaned on family members to help her with child care.

Then, there was a major twist that tore her and her son, Jerry Barnett, apart for decades.

“I was so scared,” she told WLKY News.

Barnett said that in 1965, she left Jerry with a babysitter who she didn’t know well. When she returned to pick him up, she learned that the woman had moved and taken her child.

“She said they took him. They got him and (he was) gone,” said Martha Sue Barnett-Welch, Jerry’s aunt.

Jerry Barnett told relatives and WLKY News that during that time, the alleged kidnapper moved him to Delaware, then abandoned him.

With no details on his family and no records, the foster care system took him in, assigning him the last name Thomas and an estimated birth date.

On Friday, he was back in his birth mother’s arms.

She pulled out his birth certificate that she had kept safe in case he ever returned.

Their warm welcome filled the void Jerry said he’s been feeling all his life.

“I was scared to get out the car. There was a mob (of people). I thought somebody was going to kidnap me again,” Jerry Barnett joked.

Jerry Barnett told WLKY News that the traumatic ordeal of being taken from his family and thrust into the foster care system impacted his idea of family.

He admitted that in previous years, he has struggled to be present for his children.

The long-awaited reunion is changing that, his family said.

Damon Parker, Jerry Barnett’s son, took a DNA test for an online site four years ago. Recently, he got a match with a relative in Kentucky.

With the help of his newly discovered cousin Will Barnett, Parker learned of his father’s past. On Friday, Parker drove his father from Delaware to Kentucky for a jaw-dropping reunion.

Anna-Mary Barnett and her family members said that they tried to ask agencies for help finding her son.

“I was so scared. I mean, it was during ‘the (civil rights) movement,’” she explained.

The family said that they were turned away by at least one agency. They believe the mother’s age and race led some officials to disregard their claims.

For now, they are focused on catching up with Jerry Barnett.