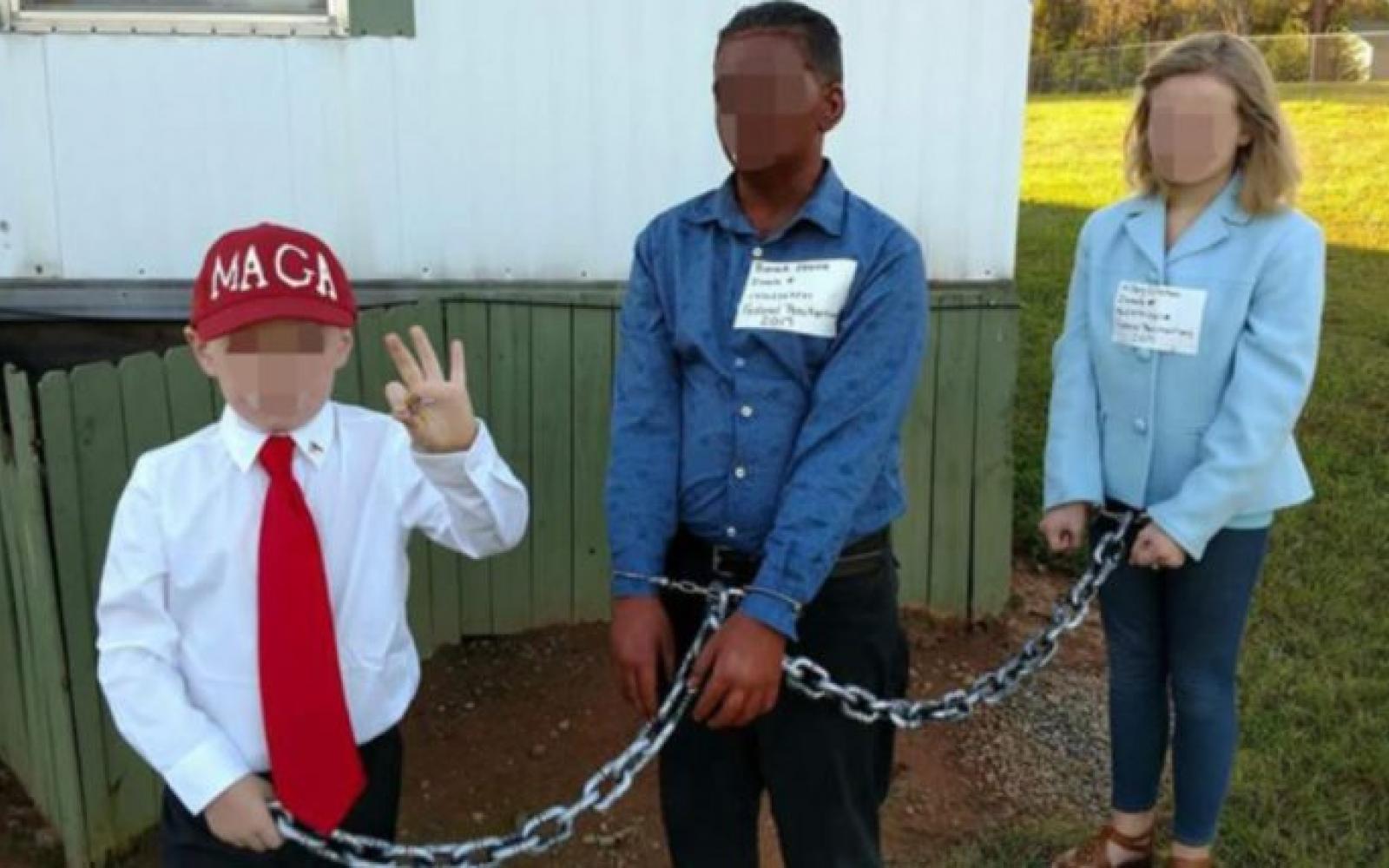 Yeah this was one of those really bad ideas. A man abruptly deleted his Twitter account hours after he shared a photo of his three young children participating in a racist Halloween display.

The father, later identified by the Daily Dot as Jonathan Lee Burgsteiner, dressed one of his children as Donald Trump and his other two kids, as former President Barack Obama and former Secretary of State Hillary Clinton. 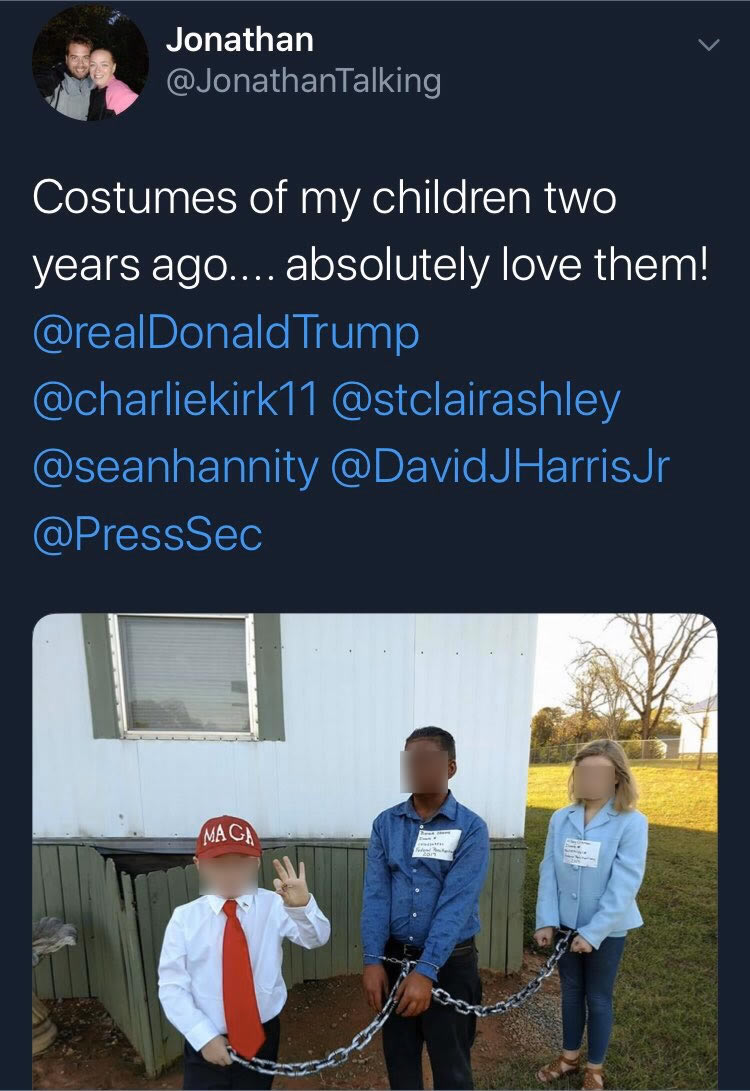