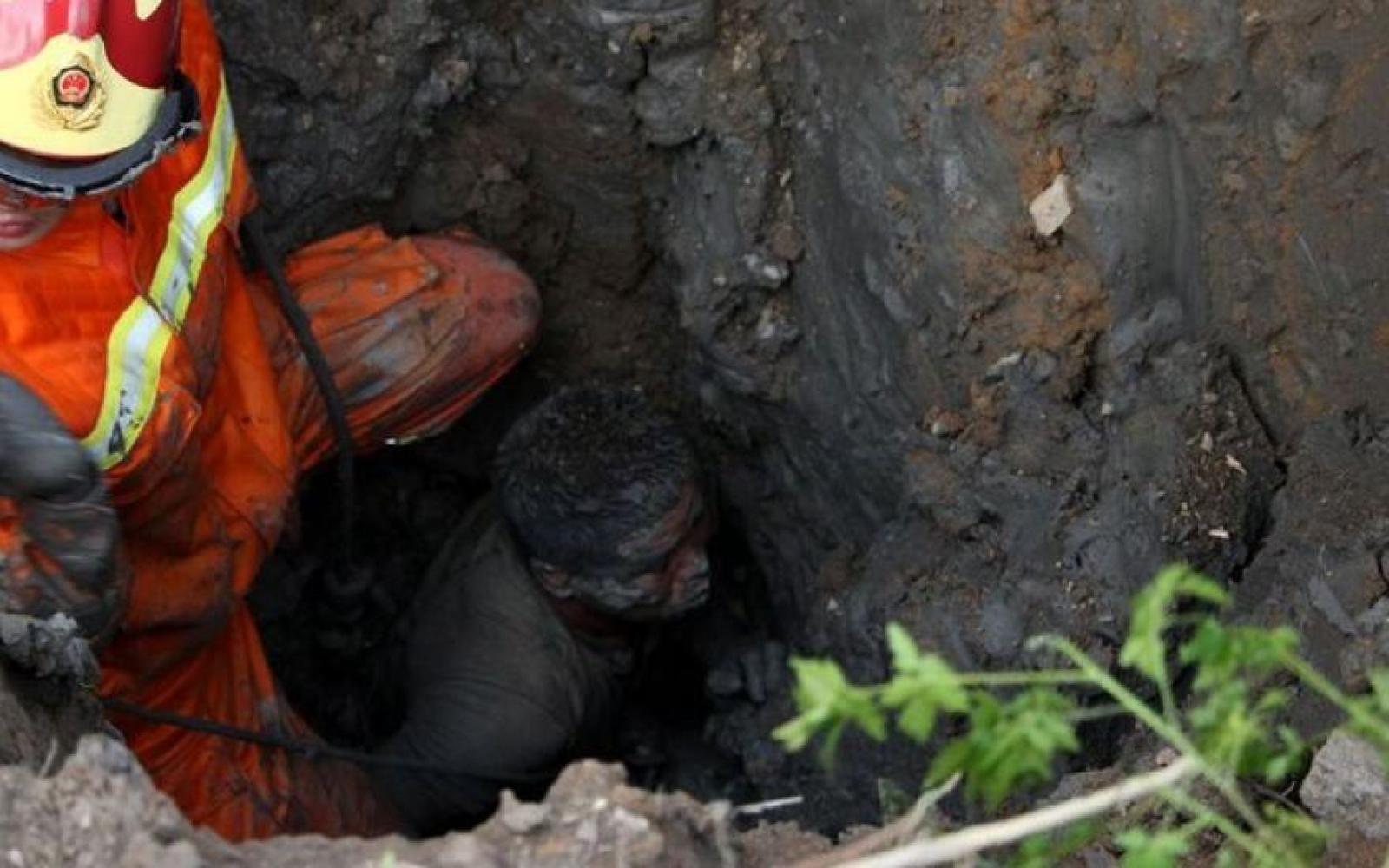 A man was rescued early Friday morning after falling into the man hole of a loose booty bottom where he's been trapped since Sunday.

"I thought I was going to die down there" Markell Wilson said as rescue workers pulled him out of the anus of a date he met online. "I'm happy to be alive."

Markell says Jamari Mason, the bottom, invited him to his home for what he thought was going to be an evening of enjoyable fudge packing until he says things took a turn for the worst.

"I was really looking forward to getting deep in that thing, just not that deep." Markell explained. "Jamari kept telling me that I would have to go slow and take it easy since he hadn't been dug out in awhile. He kept going on and on about how long it had been since he had his back blown out, he said I needed to use a gallon of lube and that he didn't bottom often, so I was expecting some tight boi puss."

What Markell encountered however, was the exact opposite. "As soon as he pulled his pants down I heard a whistling noise but I didn't think anything of it. It wasn't until I put on the condom and got close to entering him before I realized there was a problem. The closer I got to his hole that whistling turned into a vaccum like sound, but by that time it was already too late."

Markell says he remembers being sucked in but shortly lost consciousness.

"Its a good thing he was wearing that condom" police chief Darius Simmons commented. "Luckily it caught air and acted as a parachute so he didn't have such a hard landing. He fell about 30 feet inside Jamari, I've seen people die from that type of fall."

Dr. William Curry explained to us how Markell was sucked in and why he fell so deep into Jamari's ass. "There are a couple things at play here. You've got an ass with no grip, no walls and no friction that can't close and that creates a high and low pressure system similar to what you see with a tornado, hurricane or flushing a toilet. This then gives the rectum Assitational Pull, a force similar to gravity that will draw in anything that gets within a few feet of the hole. Couple that with the fact that this hole was used to taking mack truck sized dick, so a human body was nothing for it engulf. I'm not exaggerating we actually found a mack truck down there."

Trapped for almost 3 days in a pool of sperm and hot sauce, Markell was discovered only after another top, who asked to remain nameless, attempted to climb Jamari's back.

"I thought I heard someone yelling help but I was like naw, thats somebody's ass, there's not anybody down there. But the cries got louder. I took my cell phone out and as soon as I turned on the flash a bunch of ass bats flew out, then I saw a dude waving to me and I called the police."

After pulling Markell out, rescuers found a popeyes 8 piece, a baseball, a kitchen sink, 4 calling birds, 3 french hens, a used enema bottle and the bodies of two unidentified men who also appear to have been sucked in and fell to their deaths.

Police arrested Jamari whose online name is titehole4u, for false advertising, fraud, 2 counts of involuntary manslaughter, and theft because there was no receipt for the popeyes.