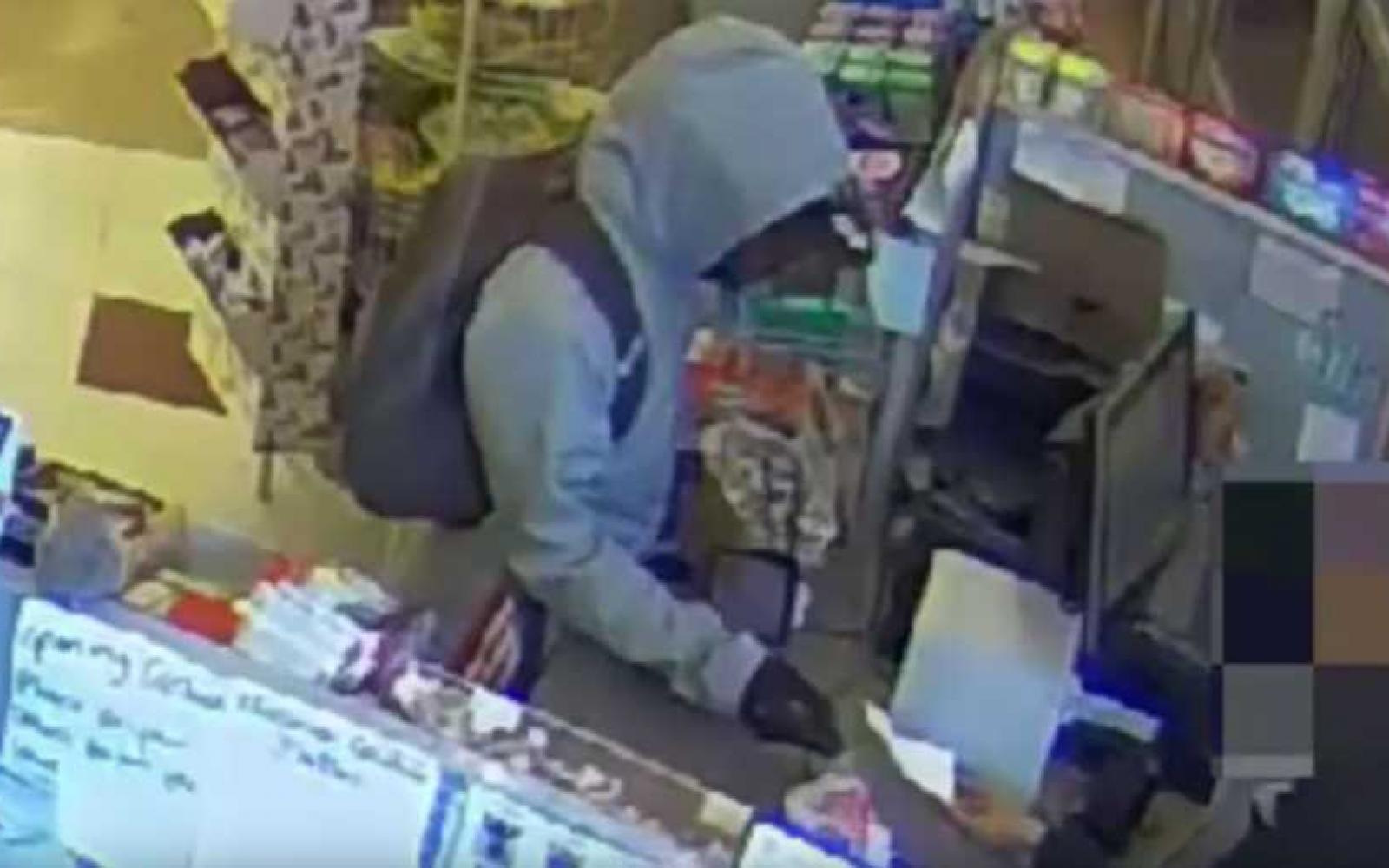 A man who allegedly robbed a pharmacy in Philadelphia flashed a demand note that said he needed the money for his sick child, police said.

An unidentified robber in Philadelphia handed a store clerk a note that read in part, “Give me all the money. I’m sorry, I have a sick child,” Philadelphia police reported.

In video released by Philadelphia police, the suspect, wearing a grey hoodie and dark gloves, entered a Rite Aid store January 3 and took an item to the register.

The store clerk can be seen scanning the item and putting it in a plastic bag. Then, according to a police statement on the screen before the video is played, the man handed a note to the employee that read in part, “Give me all the money. I’m sorry, I have a sick child. You have 15 seconds.”

The video shows the suspect reach into his pocket and lean over the counter before the clerk opened the register and put an undetermined amount of cash into the same plastic bag.

The suspect then stuffed the bag in his pockets and fled on foot, police said.

The man did not show a weapon to the clerk during the robbery, Philadelphia Police Officer Tanya Little told CNN.

Police haven’t identified the suspect. He’s described as a black man between 30 and 40 years old, under 6 feet tall, with facial hair.

Friday’s robbery is similar to an attempted robbery in the area that occurred months earlier.

In July, a man with a handgun started to rob a smoke shop because he said he needed to pay for his daughter’s kidney transplant, CNN affiliate KYW reported. After a clerk had given him several hundred dollars, he stopped, saying the robbery “probably wouldn’t help” his daughter’s operation.

He left moments later without the money and did not injure the employees, KYW reported.

Little said the two incidents are not related, and that the suspect in the July case was never identified.