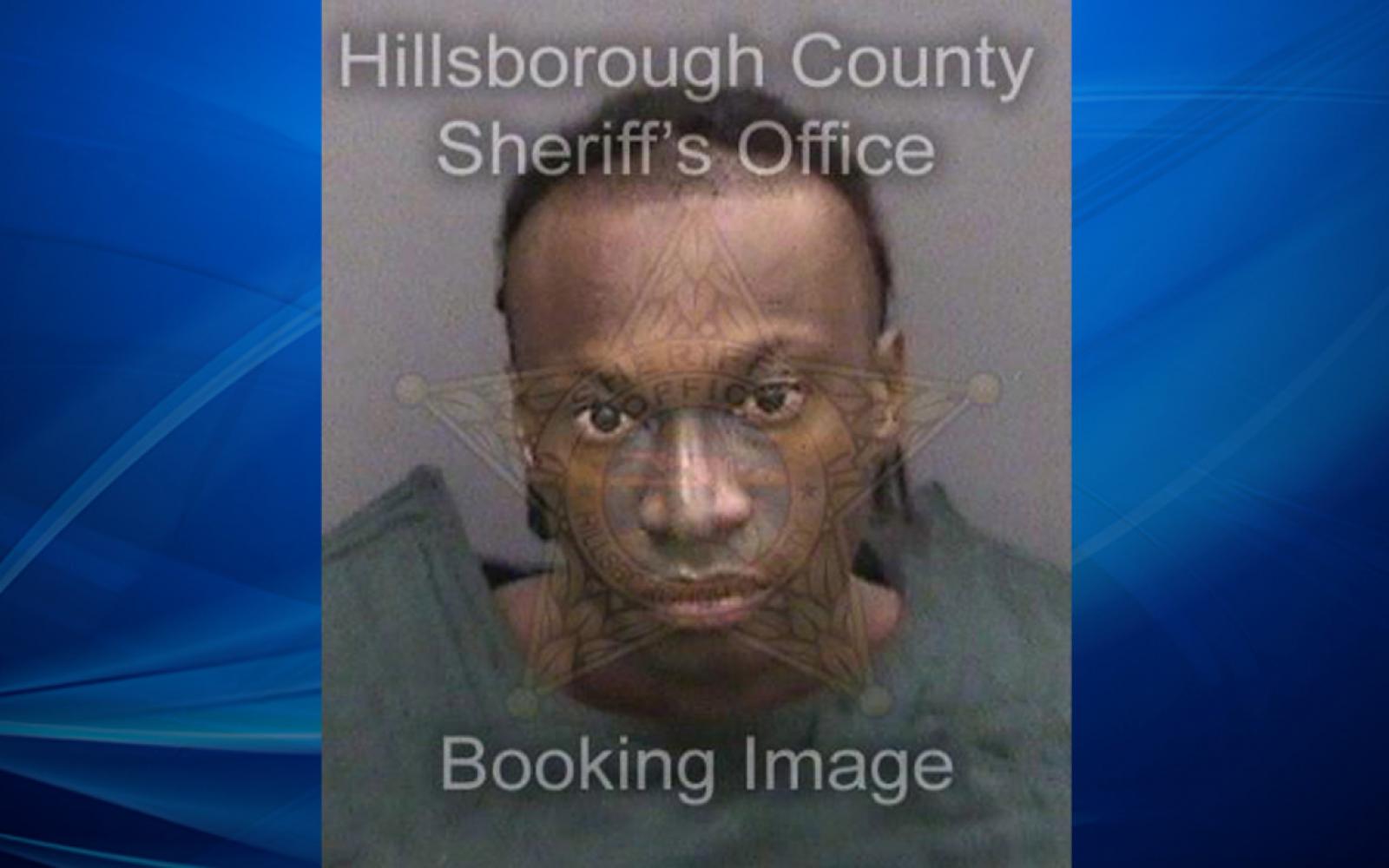 When Brian met 34-year old John Crayton on the dating app “Grindr”, he thought he seemed like a pretty decent guy. The two exchanged messages for hours. Finally, Brian, who doesn’t want his last name released, invited Crayton over.

Crayton arrived thirty minutes later and the meeting was uneventful at first.

“We just hung out, chatted a little bit, he was on his phone, I was on my phone we were kind of bored, I’m thinking, maybe he’ll leave soon. I saw him lean over, and I thought maybe he was getting his bags to go,” said Brian. “Next thing you know. (points hand like gun) go to your room.”

New Port Richey Police investigators say Crayton wasn’t there for a social gathering, he was there to rob Brian.

“Regular belt, he tied my ankles, and then he tied it around the bedpost so my leg was like up there,” said Brian, raising his leg in the air. “I couldn’t even move. And then he got ties…cloth belts, he tied me up with that. “

Brian says Clayton slammed his head to the ground and demanded his valuables.

“He made me write down the pin numbers for my debit card, and there’s nothing on my credit cards, I can show you on the app, I can hear him rummaging around,” said Brian, who then recalls Clayton asking him, “You don’t have a safe? Everybody has a safe.”

Clayton eventually left in Brian’s car. After Brian made sure the coast was clear, he ran to a neighbor’s home asking him to call 911. He was bloodied and bruised, but he survived.

Since the incident, friends Brian hasn’t seen or heard from in years have been coming out of the woodwork, offering to help buy him new bedding, so his bedroom would have a different feeling from the one he was tied up in. His employer allowed him to take a leave of absence until he got his affairs in order.

A Tampa Police Officer spotted Clayton driving Brian’s stolen car on the Courtney Campbell Causeway on Monday night and arrested him. The arrest report indicates the officer also found a Walther P22 firearm that was loaded with 9 rounds.

Clayton is currently being held in the Hillsborough County Jail on a $324,000 bond. He’s also facing robbery, false imprisonment, grand theft motor vehicle and fraudulent use of credit card charges in Pasco County.

Brian decided to share his horrifying story with Eight on Your Side because he believes this type of crime could happen to just about anyone who is a regular on dating websites or social media. Whether you’re trying to meet someone or sell or buy an item, you never know who’s going to show up at your front door.

“Anybody. Doesn’t have to just be a gay guy. It could be a teenager, just somebody trying to get a date,” said Brian. “When you meet up with someone, you just never know.”