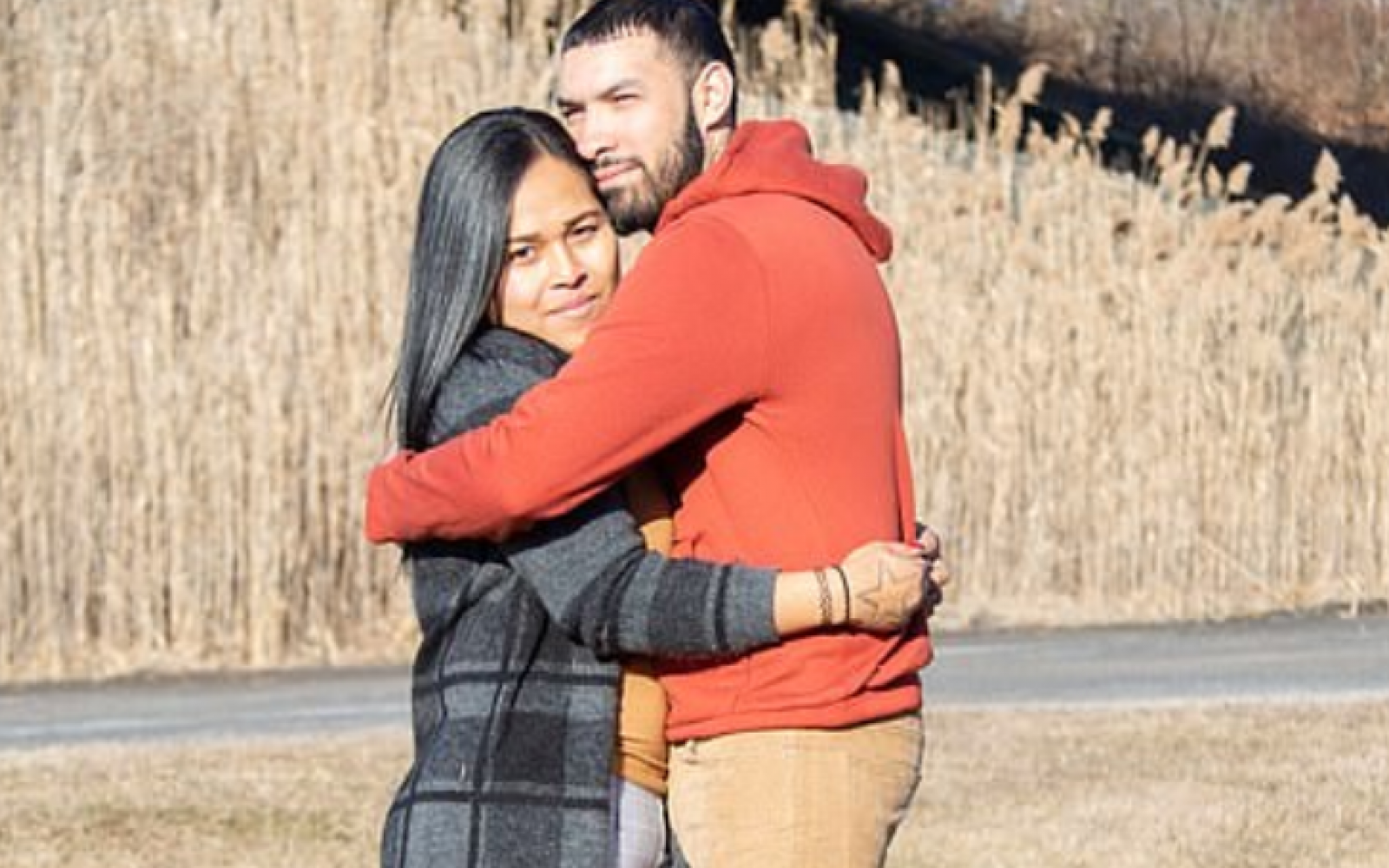 A man who married his transgender wife in prison after they met while both serving as inmates in a male facility before her transition say that meeting under those circumstances has helped their relationship to go the distance.

The couple met at SCI (State Correctional Institution) Chester, a medium security male prison in Pennsylvania - where they were both inmates, and in spite of the considerable opposition they faced, the couple believe meeting in prison is the reason they have been able to overcome so much.

Monae added: 'So we had that you know unique bond I guess in prison, so I guess what makes us stronger.'

She was incarcerated for burglary, while Adriel was serving time for illegal gun possession after breaking parole on a previous third degree murder conviction, the sentencing of which was again tied up in his illegal possession of a firearm.

When she was incarcerated, Monae had already started to take hormone replacements but she hadn't yet had surgery. At the time of her sentencing, it was policy to incarcerate pre-surgery transgender based on their gender at birth.

Monae said: 'There wasn't a policy for giving options for trans women who want to be sent to a female prison or a male prison, so there wasn't that option when I was sentenced.'

Given her own private cell for safety, Monae continued to take hormone replacements throughout her incarceration. She would use a biro to draw in her eyebrows and rub juice packets on her lips to give the effect of lipstick.

Monae first caught Adriel's attention in the laundry room where he was working.

Adriel said: 'We was on the same block together, I worked in the laundry room and Monae walks in and she's talking to one of the guys I work with asking him something about some clothes or something or laundry.

'So I'm looking at her but she keeps cutting her eyes at me. I'm holding the bucket, she starts to walk away.

'So I walk up, and I'm like, "You could say hi to me, stop acting like a diva." She turned around and she started laughing, giggling.'

Noticing 'a spark', Monae realized that 'he had a thing' for her. The couple had to find ways to spend time with each other in a place where being in control of your own time is a luxury not often afforded.

Monae said: 'I just started finding ways to see him, and every time I see him in the hallway or in yard, I would go out of my way to say hi, hello.'

It didn't take long for the two to start dating officially, meeting in the library, gym or for movie nights to be together.

Monae said: 'I remember the movie nights, they was giving out pretzels and ice cream and soda, and we sat next to each other watching the movie together in the gym, in the front row, behind the projector.'

In the early days of their relationship, it wasn't just finding ways to meet up that was a struggle, they also faced hostility from fellow inmates and prison staff alike.

Most significantly, Adriel who was a prominent gang leader when first incarcerated, also found himself physically threatened – and attacked for embarking on a relationship with a transgender woman.

'I got jumped twice by members of my gang, I got stabbed, I got into a whole bunch of fights.

Word quickly got out from the prison that Adriel was dating a trans woman and when it reached his family, not everyone was willing to believe – let alone accept the news.

'But when they found out it wasn't a phase some stopped talking to me like for instance, I haven't spoken with my brother in two years. I got a couple cousins that still are weird about it. '

But in spite of the opposition the couple faced either side of the prison bars, they took their relationship to the next level with Adriel proposing to Monae.

Adriel said: 'I proposed to Monae in the yard where all the inmates were playing basketball. I got down on one knee in the middle of the yard.'

The couple exchanged makeshift rings made from cloth twisted together and dyed orange from drinks packets.

Although they had hoped to marry while they were both still inmates, ultimately they had to wait until Monae was released – or 'maxed out'.

Adriel said: 'We wanted to get married as inmates in the prison but there was no policy in place to marry two inmates at the time.

'So we basically would have created a new DOC [department of corrections] Pennsylvania policy so I guess they waited for Monae to max out.'

With Monae able to go directly to the court house to get the right paperwork, the couple were finally able to get married at SCI Chester.

It also gave her the time to have top and bottom surgery ahead of their wedding day. Monae's mother and godfather were the only family that attended and after exchanging vows and taking pictures the couple had to say goodbye again.

Adriel said: 'I got my hair braided, I got my state browns pressed with starch and all that. It was in the visiting room. Nobody was there, it was just me, Monae, Monae's mother, Monae's Godfather, a couple of councillors, union manager and the lady that officiated the wedding and the reverend.'

Monae also braided her hair and wore a white dress that she bought online.

She said: 'It was a happy and sad day, but mainly sad because obviously you want to spend time together. We expected when we got married that we'd be together, but we had to leave each other.'

When Monae was finally able to not just visit her husband but this time drive back home with him, the couple found themselves in the unique position of being a married couple who were yet to have done the simplest of things together.

Whether getting a takeout, shopping for groceries or cooking together, everything is new.

Monae said: 'Our memories was in prison and we never was able to make memories out here. Now it's about to happen it's like it's going to be like the first time for everything for us, it's like starting new again.' 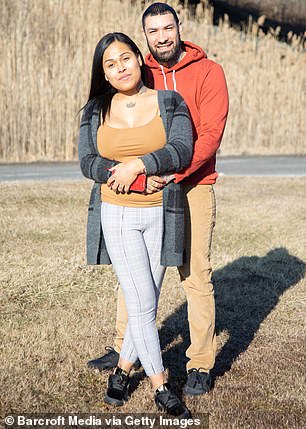 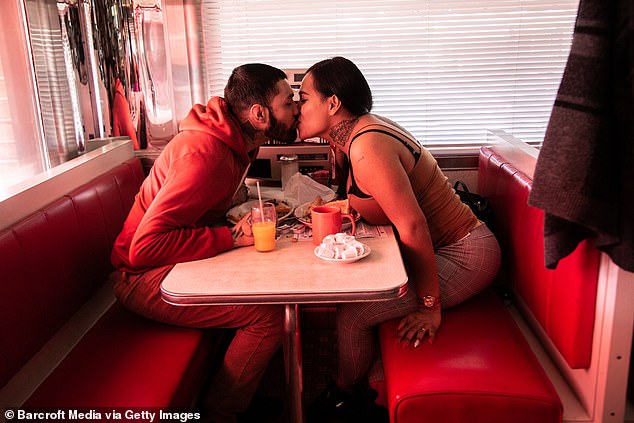