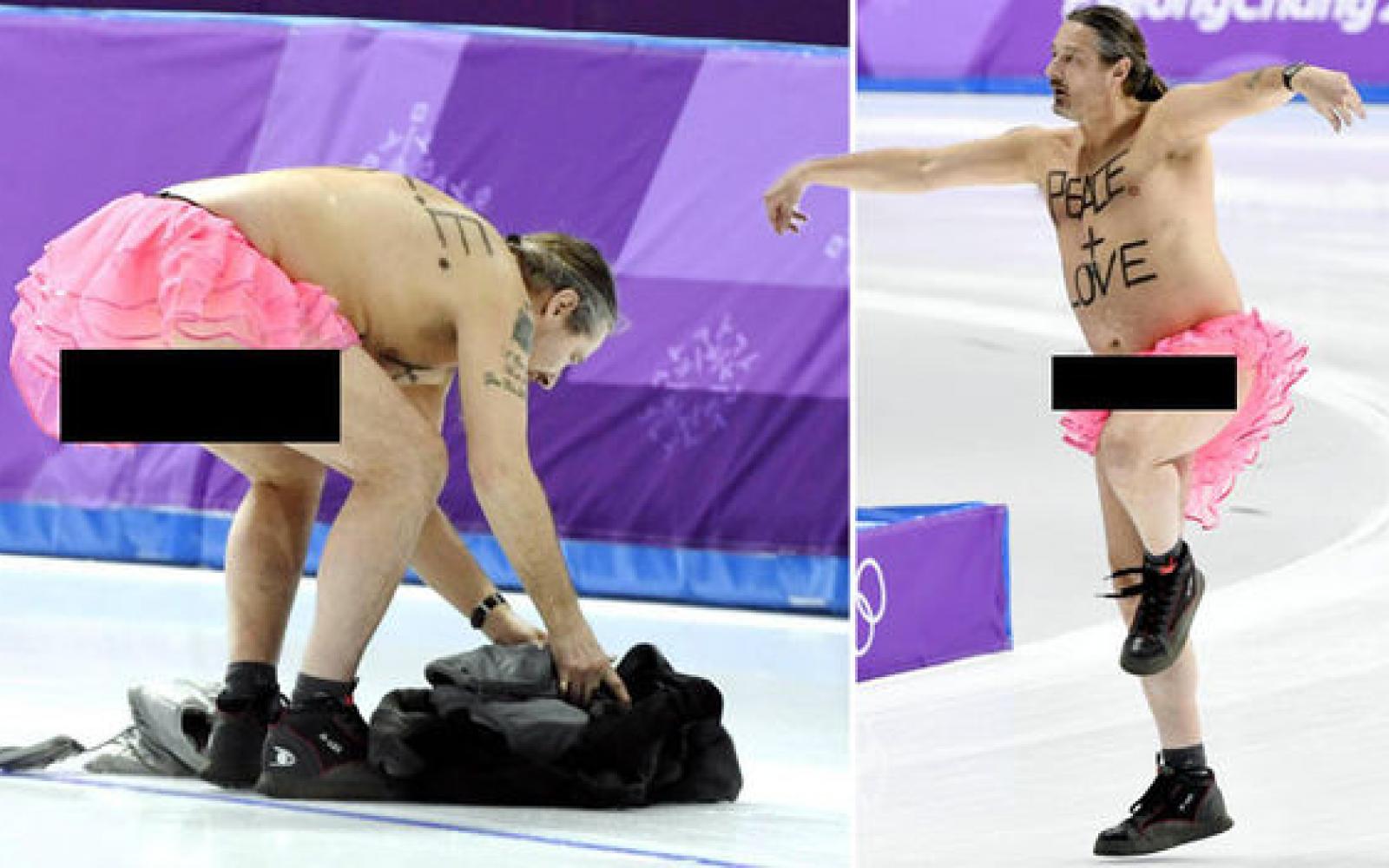 A STREAKER sent shockwaves across the Winter Olympics after managing to make his way on to the ice rink.

The unidentified man took to the rink after the Men's Speed Skating during the 1000m.

He wore a pink tutu and bizarre monkey thong but little else.

The words ‘Peace + Love’ were emblazoned on his chest.

He managed to stay on the ice for quite a few minutes, and he could be seen in the background as competitors were interviewed off the rink.

It is not clear who the man is or why he decided to storm the rink.

Streakers are a long tradition in sporting events - and there are even ‘veteran’ streakers who have made a mark on events many times over the years.

Mark Roberts, who has streaked more than 500 times over 23 years, spoke to Tatler about his love for it.

He said: “I love the total freedom. You're free for about two minutes. Then you lose all your freedom the minute you're behind a cell door.

“It gives you such a buzz. You get a massive adrenalin rush.”