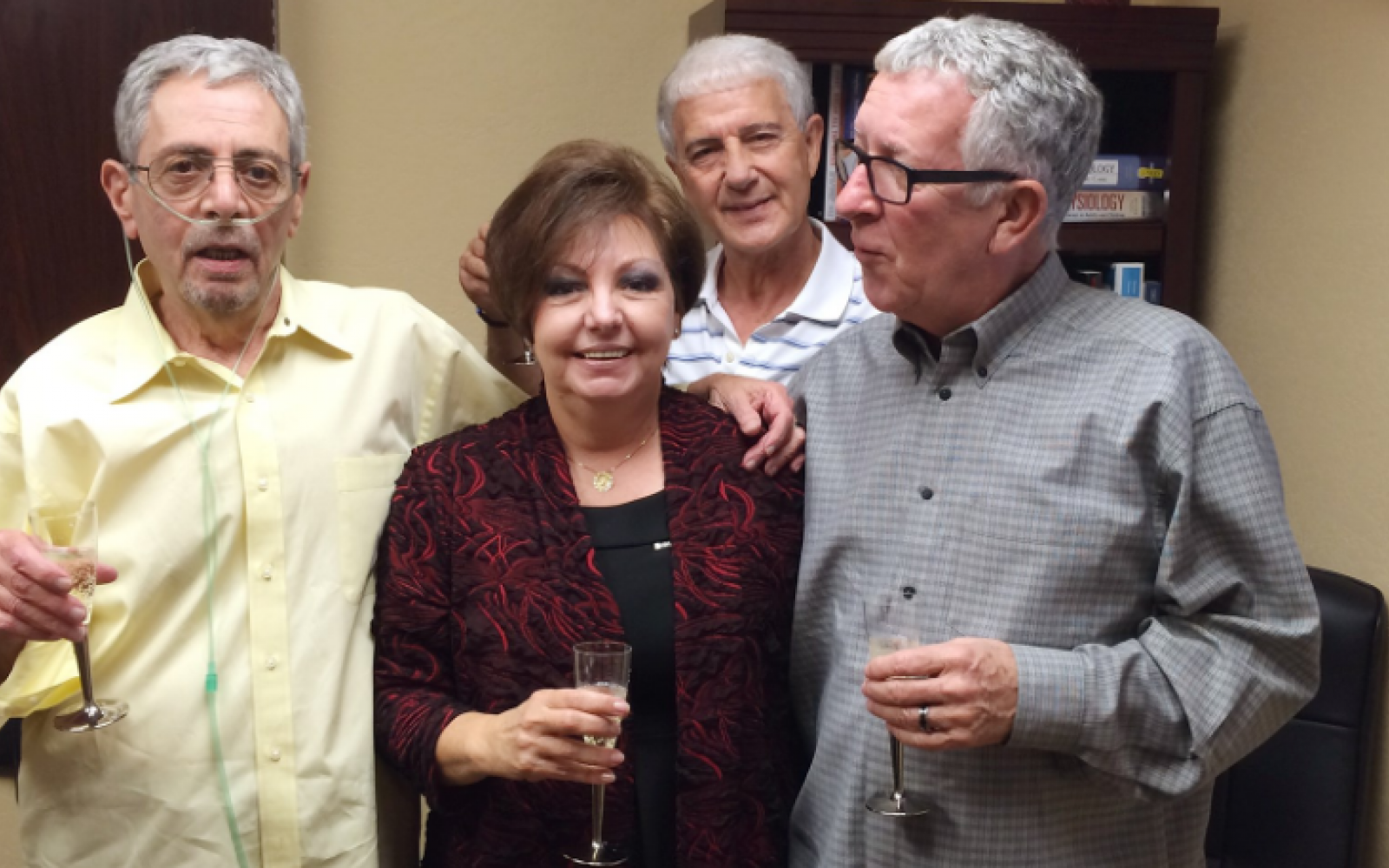 A Florida jury has awarded a gay man more than $157 million in a wrongful death lawsuit after his husband died from lung cancer caused by smoking cigarettes, in what an attorney said is the first such case involving a same-sex married couple.

Edward Caprio was diagnosed in 1996 with chronic obstructive pulmonary disease. It would be 22 years before the disease killed him. He died early last year at 74.

A Broward County jury Friday ordered tobacco giants R.J. Reynolds and Philip Morris to pay his spouse, Bryan Rintoul, $157.4 million, including $9 million in compensatory damages. The cigarette makers were found equally at fault because Caprio smoked brands from both companies since he was 15.

The jury blamed the tobacco companies for manipulating the addictive nicotine levels in cigarettes and marketing them to adolescents. When Caprio started smoking in the late 1950s, the health risks were not as well known as they are now.

It is the first wrongful death case against the tobacco industry in the United States involving a same-sex married couple, according to Rintoul's attorney, and perhaps the first of its kind regardless of defendant.

"This is the largest award in a tobacco case in the last 5 or so years, and it is the only time that a same-sex couple has pursued a wrongful death case against this industry in Florida or anywhere in this country," said Jonathan Gdanski, one of the plaintiff's four attorneys from Schlesinger Law Offices, P.A. "For that matter, I am not familiar with any other same-sex wrongful death verdict of any type."

Under Florida law, a surviving spouse in a wrongful death case cannot sue unless the couple married before the illness that caused the death, Gdanski said. Rintoul and Caprio did not get married until 2015, days after the U.S. Supreme Court made marriage legal for same-sex couples nationwide.

Rintoul's attorneys argued that the couple, who had been together for more than 35 years, would have married well before Caprio was diagnosed with chronic obstructive pulmonary disease, had they been legally allowed to do so. The jury agreed.

"One of the more dramatic and compelling parts of this case is that while it was unique in so far it was the first same-sex wrongful death trial, that was not really a big deal to the jury, because the jury saw Bryan and Ed as any other normal married couple," Gdanski said. "And so, the absence of any prejudice against their same-sex relationship is what makes the verdict and the outcome extra meaningful."

A Broward Circuit judge allowed the case to proceed with Rintoul as the plaintiff after Caprio died.

Rintoul, 72, who lives in Delray Beach, told NBC News he met Caprio in Los Angeles in the 1970s, when they worked at an advertising agency. He said Caprio tried many times to quit smoking in the course of their relationship. In 2001, Caprio was diagnosed with lung cancer and had two-thirds of his right lung removed. After his cancer diagnosis, he was required to use an oxygen machine. By the time of his death, Rintoul said, he received round-the-clock oxygen treatment.

Rintoul said the jury's award brings him some comfort and hope for other same-sex couples in similar situations.

"I feel that it is holding the tobacco companies accountable for their deceptive practices of many years," he said. "And I feel it was a win for same-sex couples that they can feel they can have their day in court."

Officials from R.J. Reynolds Tobacco Co. did not immediately return a request for comment. A spokesman from Altria, the parent company of Philip Morris, told NBC News in a statement Wednesday: "We will promptly seek further review of this verdict. We believe that the punitive damages award is grossly excessive and a clear violation of constitutional and state law."