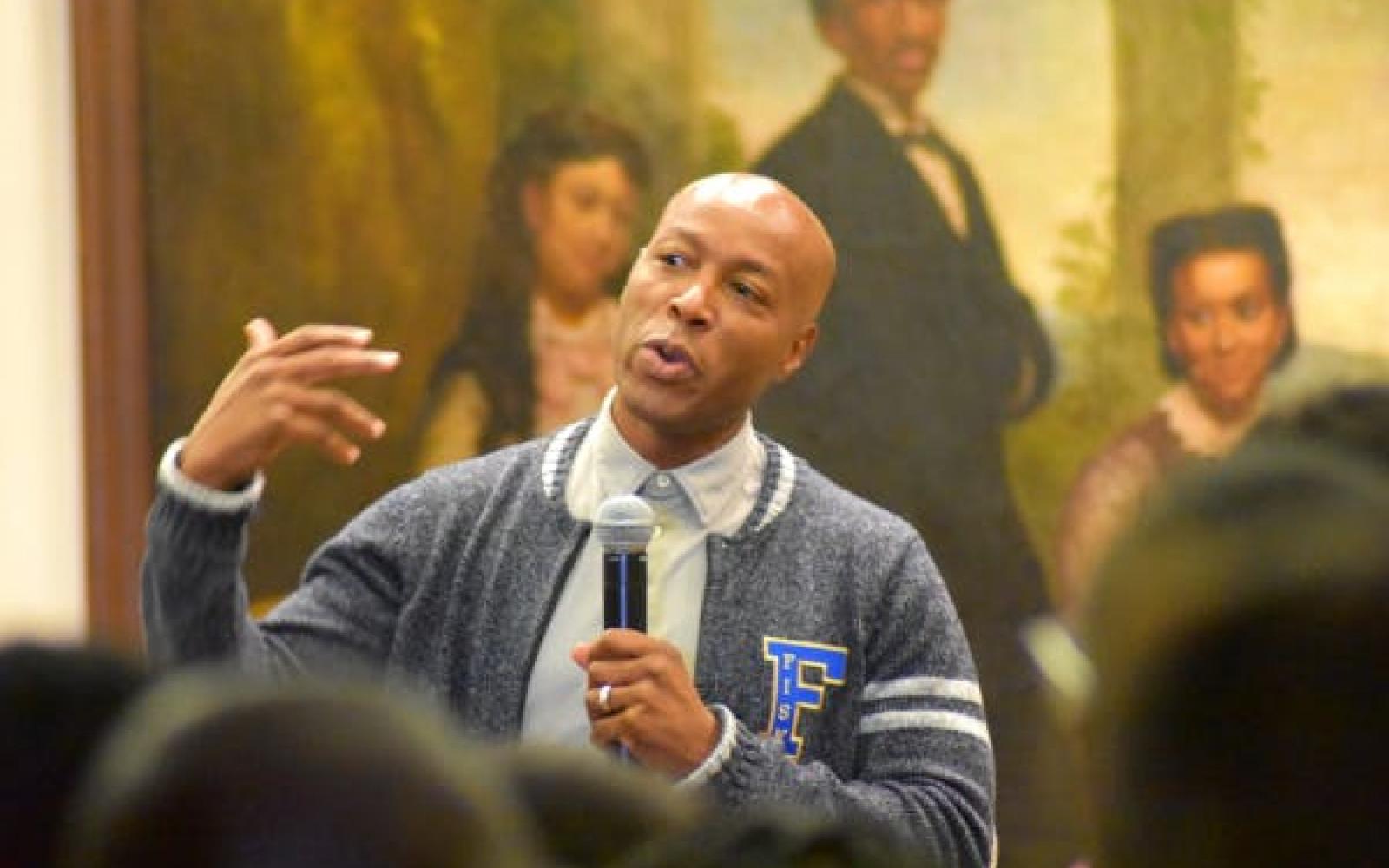 Via WSMV - Fisk University President Dr. Kevin Rome Sr. has been placed on leave after allegations from a local man who said he was drugged and threatened by the university official.

Fisk University said in a statement that officials learned of the allegations unrelated to the school on Monday. The university said it could not comment on the specifics of the incident.

Provost Dr. Vann Newkirk will assume duties of the president effective immediately, according to a statement from the school.

The restraining order states an individual, who alleges he and Rome were dating, told police he was in fear for his safety.

The restraining order comes after an alleged incident on Aug. 6 where the victim told police that he received a message while at dinner. The message read he "should stay away from his people and threatened to kill me if I continued to date black men."

According to the restraining order, the victim told police that the man who sent him the message and Rome had allegedly done the following:

The victim told police the damage to his apartment happened between June 14 and 15 and he was unsure who did it, according to the restraining order.

According to the victim, he and Rome spent the night together after meeting up on the dating app "Grindr" in May.

According to the restraining order, on June 14, Rome dosed the victim with GHB "causing me to go in and out of consciousness, and invited other people over to have sex in my bed."

According to the restraining order, the man who sent him the message on August 6 was one of the men invited to the apartment.

According to the restraining order, Rome is ordered to not have any contact with the man.

Rome's Attorney Jay Steed called the accusations against his client "false" and said he "categorically denies the allegations." Steed added Rome "plans to fight the case in court and clear his good name."

"It is important to note that these are merely civil accusations. Dr. Rome has not been charged with any crime. Dr. Rome is most concerned for his family, friends and the community at Fisk University for any harm they are experiencing as a result of these spurious charges. He expresses his deepest thanks to all those who have reached out to him over the past few days expressing their support," Steed said in a statement to News 4.

Rome moved to Nashville in 2017 when he was selected as Fisk University's 16th president.

Monday, Aug. 10, Fisk University learned that allegations unrelated to our school had been made against University President Kevin Rome, PhD.  As this is a personal matter not connected to the school, we cannot comment on the specifics. Dr. Rome has been placed on leave until the matter is resolved and Provost Vann Newkirk, PhD, will assume his duties effective immediately.

Dr. Newkirk has a 25-year career in creating innovative educational programs.  He joined Fisk in 2018 and in that time his leadership has been outstanding.  Some of his most notable achievements at Fisk include:

Launched the Fisk Learning and Development Program (FLDP), a training and development platform for faculty and staff

“Dr. Newkirk has made tremendous contributions as provost and we look forward to his continued leadership,” said Board Chair Frank Sims. “Fisk has experienced several outstanding years and we are convinced the next few years will be the best in the University’s esteemed history.”

Fisk has seen many successes over the years. In just the past two years it has

Increased enrollment by more than 32 percent
ACT/SAT scores for incoming freshmen have improved from the 55th percentile to the 73rd percentile nationally.
Produced two Rhodes Scholar finalists
Launched multiple new academic programs
Increased corporate internships by 41%
Grown academic grants to over $8,500,000 for this past year
Raised over $21,500,000 including an increase in endowment.
Fisk University has stood the test of time. For more than a hundred and fifty years, the school has enabled students to pursue their futures and realize their dreams. We are confident that all of our alumni, friends and supporters will help us continue in our mission to positively change student lives and reach new heights