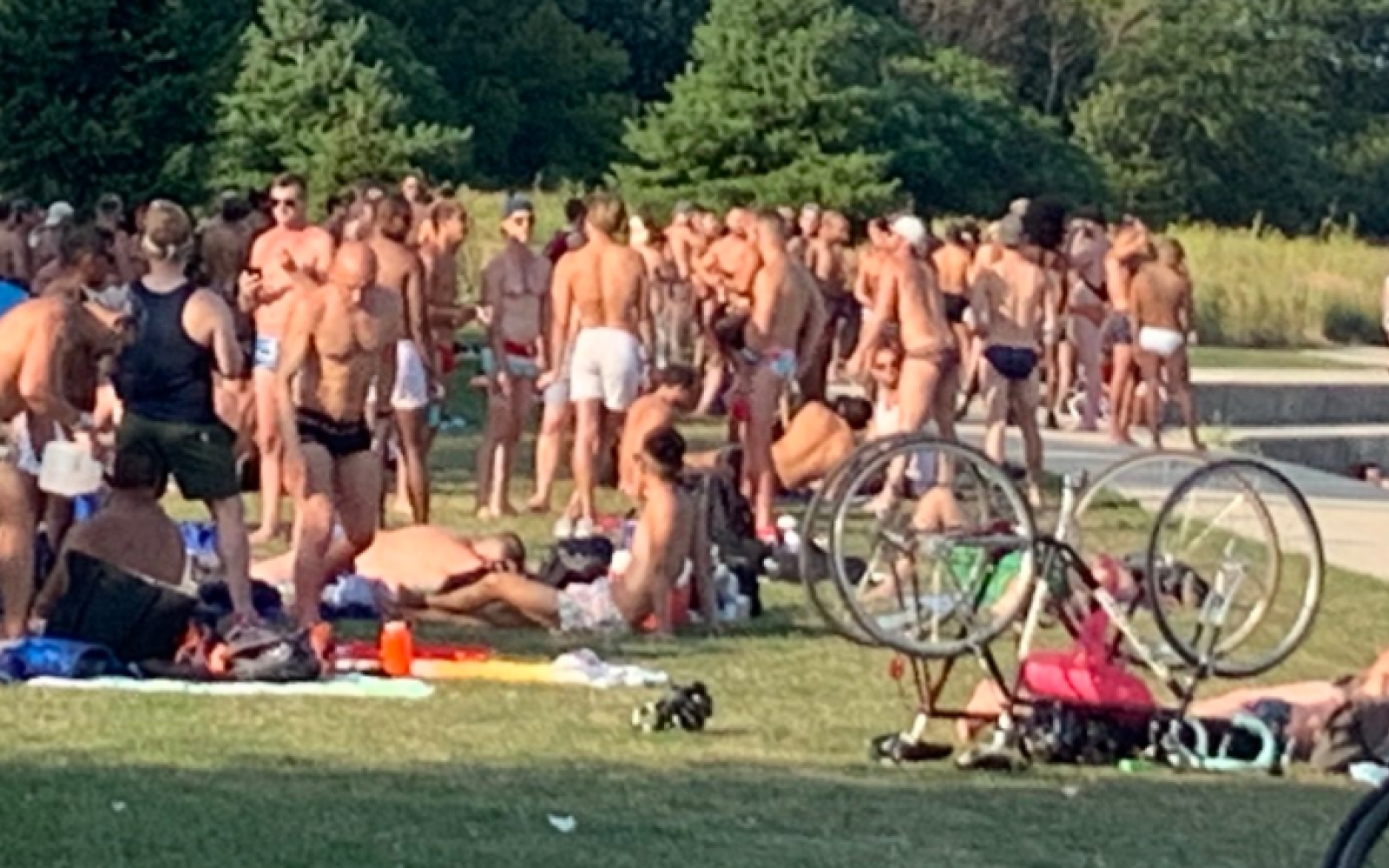 Mayor Lightfoot is not for play play. On Saturday the mayor posted to Twitter an image of dozens of people engaging in what she called, “reckless behavior.”

“It’s called a pandemic, people,” said the mayor’s post, which included a picture of partygoers, most of whom didn’t appear to be wearing masks. “This reckless behavior on Montrose Beach is what will cause us to shut down the parks and lakefront. Don’t make us take steps backwards.”

The mayor just last week announced that lakefront concessions and restaurants with patios could reopen under strict guidelines that include proper social distancing and no congregating.

In a follow-up tweet, Lightfoot confirmed she was at Montrose Beach in person and seemed to suggest she had already ordered new fencing seen Sunday morning: “In case you were wondering, I stopped by to see for myself. It’s being addressed,” she wrote about 7:30 p.m., about 90 minutes after she posted a picture of the party.

Stoking concerns that the mayor had followed through on threats to close the “parks and lakefront” were additional images circulating on social media of police cars blocking a Montrose Harbor entrance. The trail also was blocked by police officers at Montrose Avenue and Lake Shore Drive on Sunday morning.

Authorities confirmed that as of Sunday morning, police officers were detailed to entrances for Montrose Harbor, according to Anthony Spicuzza, a Chicago police spokesman. However, Spicuzza said officers frequently have been detailed to lakefront access points throughout the pandemic, so the presence of officers Sunday did not necessarily indicate any changes had been made.

It all started Saturday afternoon when someone on Twitter alerted her to what was going on.

“Hey Lori, sorry to bother you,” @brbeeter tweeted at the mayor. “I know the ‘BoYs In BlUe’ are SUPER busy over policing the south and west sides but if they find some free time can they get this mess on the north side at Montrose Beach.”