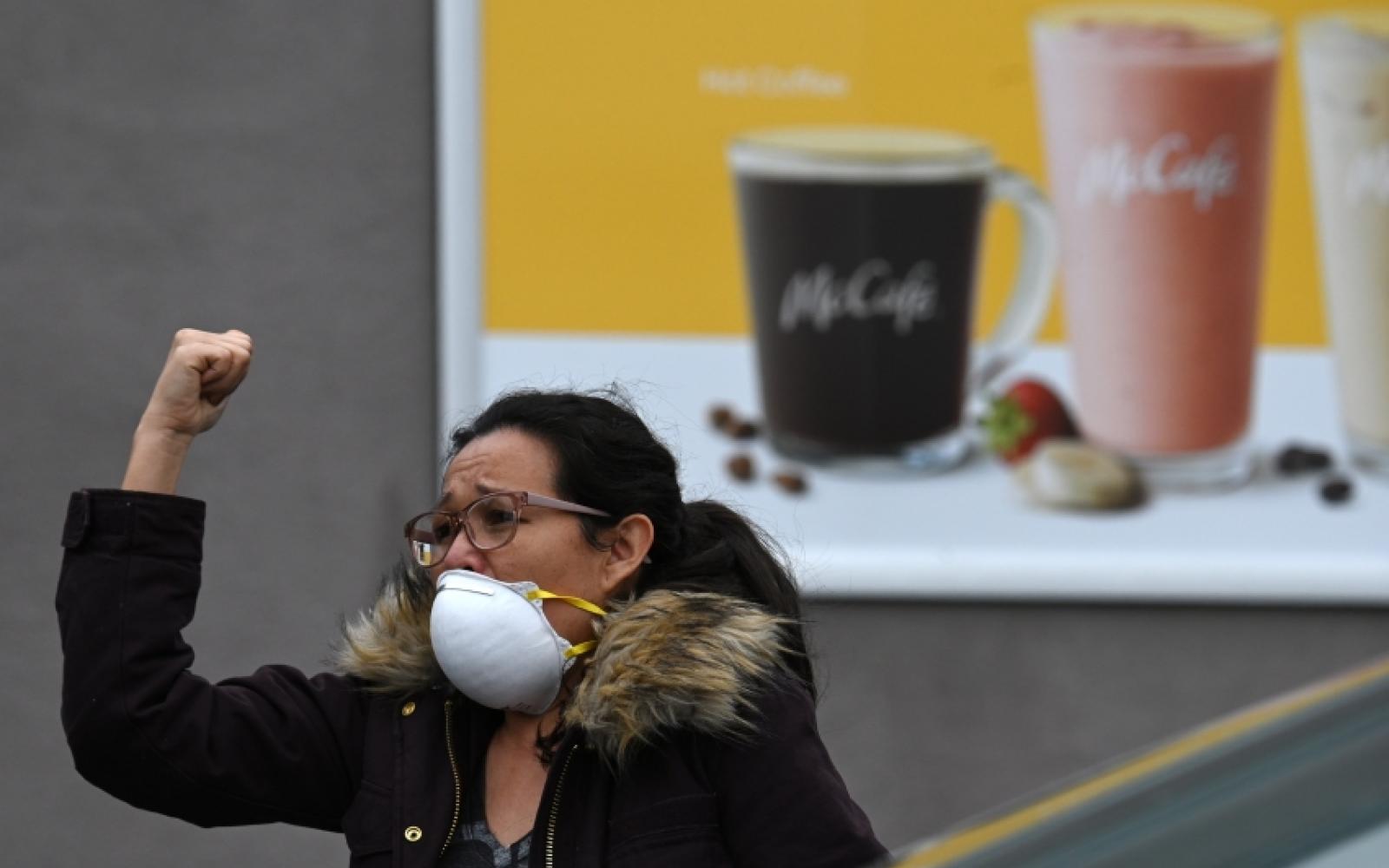 Workers at a Crenshaw District McDonald's staged a walkout on Sunday after learning a co-worker tested positive for COVID-19, and they say the company has not provided the necessary equipment to keep them safe, a worker said.

The strike happened at the McDonald's restaurant at 2838 Crenshaw Blvd. at 9:30 a.m. as a response of workers learning that a female co-worker tested positive for the virus this past week, Bartoleme Perez, a 30-year cook at McDonald's told City News Service.

"We don't yet know exactly who tested positive," Perez told CNS."One of our other co-workers let people know that a female worker had tested positive for the virus Monday or Tuesday."

Perez said workers want equipment such as masks to help keep workers safe. Workers already get gloves, he said, because McDonald's is required to give workers gloves.

Workers also want to know why the company did not inform the other workers about their sick co-worker, Perez said.

"We've been pleading for protective equipment for more than a month now, but McDonald's is putting its profits ahead of our health," Perez said.

"We don't want to die for McDonald's burgers and fries." Perez told CNS that workers want a two-week quarantine with full pay because of the co-worker who tested positive for coronavirus. Workers are also demanding that McDonald's cover healthcare costs for any worker or worker's family member who tests positive.

He said McDonald's has not provided testing for the other workers who came into contact with the infected woman, adding that hours have been reduced, as have staff because of the virus, and each shift is only employing 10 to 15 people.

Workers are in the process of filing a complaint with California'sOSHA because of the infected co-worker and lack of safety equipment.   Perez also said he's heard that three other workers have been quarantined but doesn't know if that number is accurate or if the workers have tested positive for COVID-19.

Workers are committed to stay out until it's safe for them to come back and get the equipment they need to protect themselves, he said.   He said he doesn't exactly know what workers will do about money as the strike drags on.

"We need security before we come back to work," Perez said. "I haven't really thought about the money at this point. I just want me and my family to be safe."

Perez said workers also intend to reach out to L.A.'s mayor and other elected officials for help with their plight.   Today's walkout is the latest in a list of locations where workers have walked off the job because they don't feel they have protection against the virus and are demanding hazard and sick pay.

No one from McDonald's was immediately available for comment. ButMcDonald's Corp. has put out a number of official statements regarding the virus and the safety of its workers and customers.

"Employees at our company-owned restaurants who are impacted by thevirus are receiving two weeks paid leave to tend to their critical health needs.

"During these difficult economic times, we are also vigilant in our role as an employer. We have been working tirelessly in this crisis to continue to serve our communities so we can provide the jobs our employees need.   "As reported by the National Restaurant Association this week, the restaurant industry stands to lose 5 to 7 million jobs as a result of the coronavirus.

Combined with our franchisees, McDonald's provides approximately 850,000 jobs in the U.S. and pays billions in payroll every year. "That's why we have been working to ensure our franchisees, many of whom are small-business owners, have the economic support they need so they aren't forced to close their doors. If they can stay open, they are able to give their employees job security and peace of mind in a safe environment," Erlinger said.