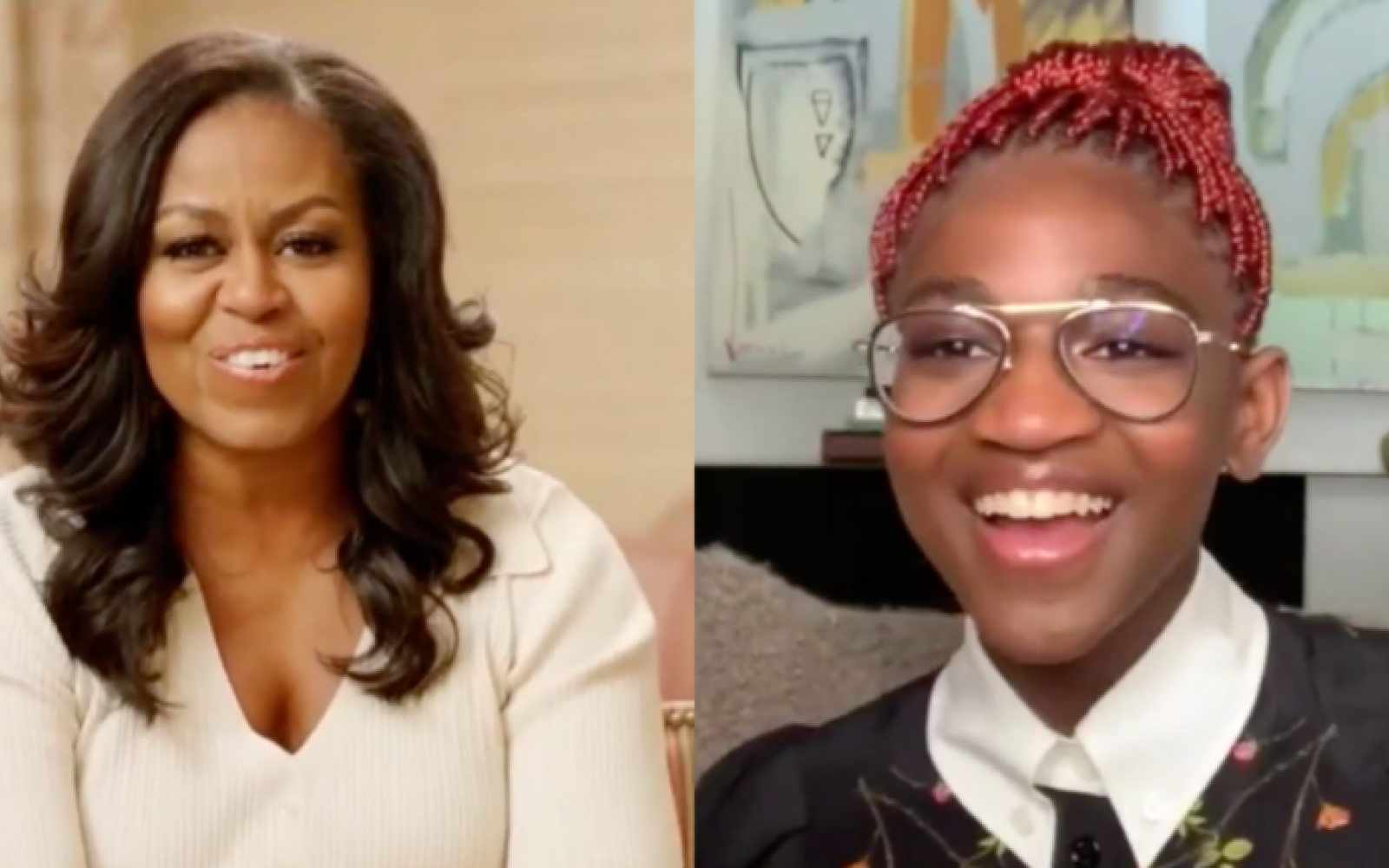 Zaya Wade has officially met one of her idols!

The teen interviewed Michelle Obama for a virtual Q&A session on Thursday, which she later shared on Instagram. Before the pair discussed advice for teen readers of Becoming, Zaya took a moment to admit she was a bit nervous to meet the former First Lady.

"I'm meeting an idol. I'm literally meeting an idol," said Zaya, who is the daughter of NBA star Dwyane Wade. "[I've been] preparing for this moment for so long."

Obama, 57, reassured 13-year-old Zaya that she was just as excited to meet her.

"I hear you're slotting me in between school, so I feel very special," she joked. "Ask your teacher for forgiveness from me because you're doing me a favor."

Zaya started off the Q&A by asking Obama's advice for teens "who want to be themselves and thrive like you have and currently are."

"Well, like you have and currently are," Obama said to Zaya. "I am just so proud of you, you know, being just an amazing role model and embracing your truth."

The podcast host then added that her No. 1 piece of advice for young people is to "be patient with yourself."

"At your age, or in the teenage years and probably through your 20s, you're gonna be experimenting with so many versions of yourself, right?" Obama said. "All young people are trying on different versions, different voices, they're learning more about their intellect, they're learning about what they love, what they're good at, what they like. This is the period of exploration."
The best-selling author encouraged Zaya and other teenagers not to put pressure on themselves to figure out who they want to be at such a young age.

"You're not supposed to know yet," she assured.

Obama then turned the mic over to Zaya, asking what advice she had for young people trying to find themselves.

"We all think that we thrive with people who are just like us, but I think getting a different perspective from someone else who isn't like you really helps," Zaya said. "That definitely helped me in becoming me and defining my truth."